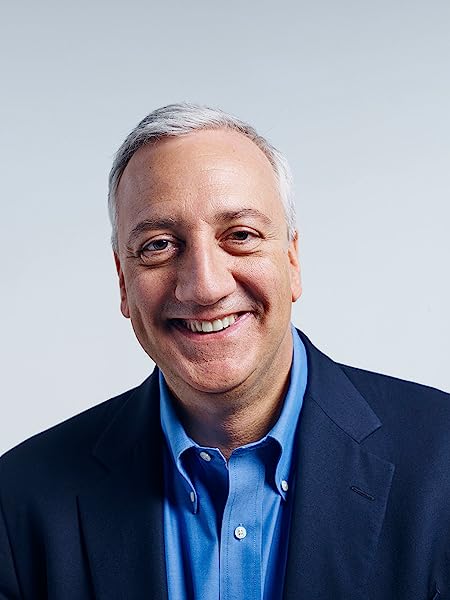 Spaceman: An Astronaut's Unlikely Journey to Unlock the Secrets of the Universe Paperback – 16 November 2016

by Mike Massimino (Author)
4.8 out of 5 stars 512 ratings
See all formats and editions
Sorry, there was a problem loading this page. Try again.
FREE delivery: Friday, Oct 29 on first order.

Bank Offer (12): 10% Instant Discount up to INR 1500 on IndusInd Bank Credit Card Transactions. Minimum purchase of INR 5000 See All
No Cost EMI: Avail No Cost EMI on select cards for orders above ₹3000 Details
Cashback: 10% back up to ₹100 on using Amazon Pay UPI to pay for your shopping transaction. No minimum order value. Valid once per customer during the offer period, applicable only on the Amazon app. Details
Partner Offers: Get GST invoice and save up to 28% on business purchases. Sign up for free Details
See 2 more
Pay on Delivery
10 Days Replacement Only
Amazon Delivered
No-Contact Delivery
What is Pay on Delivery (Cash/Card)?
Pay on Delivery (Cash/Card) payment method includes Cash on Delivery (COD) as well as Debit card / Credit card / Net banking payments at your doorstep.
Amazon Delivered
Amazon directly manages delivery for this product. Order delivery tracking to your doorstep is available.
No-Contact Delivery

Mike Massimino served as an astronaut for NASA between 1996 and 2014, going on two missions to service the Hubble telescope, spending more than 30 hours on spacewalks. He has appeared as himself on the Big Bang Theory and is now a professor at the University of Columbia. He lives in New York.
Start reading Spaceman on your Kindle in under a minute.

4.8 out of 5 stars
4.8 out of 5
512 global ratings
How are ratings calculated?
To calculate the overall star rating and percentage breakdown by star, we don’t use a simple average. Instead, our system considers things like how recent a review is and if the reviewer bought the item on Amazon. It also analyses reviews to verify trustworthiness.
Top reviews

Samarth
5.0 out of 5 stars Enjoyable.
Reviewed in India on 24 April 2017
Verified Purchase
Through this book, the main man Mike Massimino, tells his story of how he got involved into the space program. Neil, Buzz and Michael Collins were the source of his inspiration. Things might not go your way but as long as you have set the target and work hard, YOU WILL SUCCEED.
Amazing book. I'd highly recommend this book. Worth a read.

Amazon delivered this in just one day. As usual. Thanks.
Read more
One person found this helpful
Helpful
Report abuse

H S
5.0 out of 5 stars Fun to read.
Reviewed in India on 5 October 2019
Verified Purchase
He is funny. Loved this book.
Read more
Helpful
Report abuse
See all reviews

Keith Trezise
5.0 out of 5 stars We can all be Spider-man if we're willing to never give in
Reviewed in the United Kingdom on 8 November 2016
Verified Purchase
I've always been interested in space travel and heard the author being interviewed on Radio 5 Live, In the interview it was clear that this man was not only absorbed in the NASA space program, but he also had a way of communicating his experiences that was so vivid and graphic. I had no hesitation in ordering the book and read it from cover to cover in record time. Mike Massimino is an excellent communicator and I felt that I had travelled to the Hubble telescope with him. The book is far more than an account of space travel - it explores the qualities that are necessary to succeed in life no matter whether you want to become an astronaut, a university professor or even a trucker. The key is to chase your dream and NEVER let anything put you off. Thank you Mike Massimino for not only an excellent account of your struggle to achieve your dreams but also for sharing it with the rest of the world and hopefully inspiring the rest of us to do the same.
Read more
16 people found this helpful
Report abuse

Ken O'Neill
5.0 out of 5 stars Great Personal Account.
Reviewed in the United Kingdom on 15 March 2019
Verified Purchase
Maybe some people will be less engaged by this book than I was, but it's Mass's own account, in his own words, from when he was at school until he left NASA.

Now this means that nearly half the book is devoted to his 2 Shuttle missions to service the Hubble Space Telescope, from the initial astronaut selections right through to the de-orbit burns and most of the rest is about him gaining his BSc, 2 MScs (no mistake; check Wikipedia), DMEng and PhD, with his cameos on The Big Bang Theory being almost a footnote.
Read more
2 people found this helpful
Report abuse

Stephen Stokes
5.0 out of 5 stars Very interesting and well written
Reviewed in the United Kingdom on 21 December 2016
Verified Purchase
I have no real interest in space travel or becoming an astronaut but I liked the sound of this book so I bought the kindle version. I found it very interesting and an enjoyable read.
One part that interested me was about how he dealt with the task of becoming a team leader and how he felt it hard to deal with in the beginning. I have had similar issues with taking on leadership roles so I could relate to the problems he had. The advice he gave about bringing some humour into your leadership is definitely something I will bear in mind going forward.

Thanks Mike for the tip!!

So even if you have no interest in space travel it is still definitely worth a read.
Read more
3 people found this helpful
Report abuse

Peter Lee
5.0 out of 5 stars Loved it!
Reviewed in the United Kingdom on 18 September 2017
Verified Purchase
Loved it! I'd read a number of reviews of this book, many of which said it was unputdownable and they were right! Interesting and entertaining from the start, the author's (well, it was ghostwritten, but let's say it was Mike) enthusiasm and excitement about space really comes across, and the pages fly by. It never gets dull - although I found the last chapter or so were a little slower than the others but to be fair they dealt with his life after space - and if you're interested in what it takes for someone to get to space without previously being a test pilot or a scientist, this is a great book.
Read more
3 people found this helpful
Report abuse

enonymous_00
4.0 out of 5 stars Good book, slightly damaged! Would recommend.
Reviewed in the United Kingdom on 3 January 2018
Verified Purchase
Brought the papercover of the book. The book arrived in just a few days after purchasing it. There was a slight damage to to book. There are a few pages at the end of the book, at the bottom of the page, that is slightly ripped, but nothing major. Brought the book new but I think it got a damaged during delivery. So far the book looks interesting. I would recommend that people would purchase this book if they want to experience a first hand count of an astronauts story and about space. Furthermore, the product arrived very fast, within days of purchasing it, would recommend their service.
Read more
One person found this helpful
Report abuse
See all reviews
Back to top
Get to Know Us
Connect with Us
Make Money with Us
Let Us Help You
EnglishChoose a language for shopping.
© 1996-2021, Amazon.com, Inc. or its affiliates