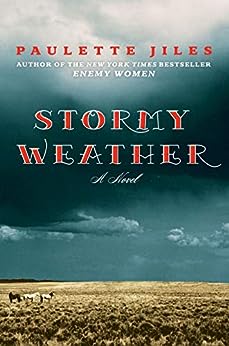 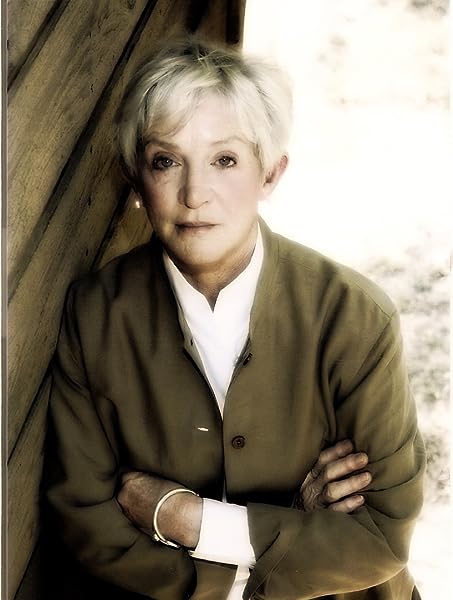 In her second novel, following the acclaimed Enemy Women (2002), Jiles proves herself an exceptional writer. This stirring story of four women--Elizabeth Stoddard and her three daughters, Mayme, Jeanine, and Bea--struggling to survive during the Depression is set against a barren Texas landscape, still suffering the effects of a long drought and devastating dust storms. The Stoddards, having followed their charming patriarch, Jack, from one oil field to another, must now cope with his death from a gas leak. His love of gambling and liquor has left them destitute; they return to their long-abandoned family farm, where they face a hefty bill for back taxes. Jack's one legacy is an underfed racehorse named Smoky Joe. Jeanine, smart and practical, is forced to sell the horse to cover their debts but takes a percentage of his winnings; meanwhile, her mom invests in a wildcat oil well. The lack of money, though, never detracts from the Stoddards' dignity. Jiles conveys their sense of self and of home in language as spare and stark as the Texas landscape. Joanne Wilkinson
Copyright © American Library Association. All rights reserved --This text refers to an alternate kindle_edition edition.

Paulette Jiles was born and raised in the Missouri Ozarks. A critically acclaimed poet, she is a past winner of the Canadian Governor General Award, Canada’s highest literary honour. She lives with her husband in San Antonio, Texas. She has written several novels of which ‘Enemy Women’ is the most recent.

Paulette Jiles's previous book, the enthralling Enemy Women, described a Missouri family caught between Northern and Southern militias during the Civil War. Her new historical novel shows the same interest in the way ordinary people, particularly young women, have coped with national trauma, but not all national traumas deliver the same dramatic energy. This time around, her resilient young women are caught in the Great Depression and the Dust Bowl that hit Texas in the 1930s. The stagnation that made that ordeal so devastating -- no work, no rain, no nothing -- makes this a challenging background for drama. Compared to the infinite horrors of Civil War battles, there are only so many ways to describe another dry day on a dead farm. Steinbeck knew the secret: Keep those Joads moving.

Unfortunately, all the movement in Stormy Weather is up front, and the novel peaks early. In the opening section, young Jeanine Stoddard trails after her father, Jack, with a mixture of adulation and alarm. "He had always been a shape changer who could talk the legs off an iron stove," Jiles writes. He has a good job, delivering pipe to the oil wells erupting all over Texas, but the work keeps him on the road and denies his family any stability. "Her father made up his mind to move the way birds made up their minds in midflight, wild, startling shifts that sent them spinning away through vagrant airs to yet another oil field." To reassure his wife that he's not drinking or gambling or carrying on with other women, he takes little Jeanine with him while he drinks and gambles and carries on with other women. It's a dangerous position to put her in, of course, and cruel, too, considering the way her sisters blame her for lying to protect him.

Once he's out of the picture, Jack's family is a whole lot better off, but a deadly stability settles over the story. No more wild nights, no more geysers exploding out of the earth, no more covering up for a charming drunk who'll promise anything. Jeanine, her sisters and her mother return to their decrepit family farm in central Texas and set about the arduous task of rehabbing the house and reclaiming the fields. Concerned neighbors warn, "Y'all are going to starve out here," but these young women "piece their lives together the way people draw maps of remembered places; they get things wrong and out of proportion, they erase and redraw again."

Stormy Weather is a big-hearted, life-affirming novel, but it's a little sweet, a little earnest, a "Little House on the Prairie." Yes, the Stoddard women face challenges, but only to surmount them at the last minute. How will they ever pay those back taxes on the farm? Don't worry, Mom tells her daughters -- and us. "They're not going to throw a widow woman and three daughters off their land because of back taxes." Phew, that's good to know. Mrs. Stoddard keeps investing their hard-earned money in an old oil well that everybody tells her is dry, but in fact it's such a sure thing that I was itching to sink a few grand in there myself. And then there's the novel's great crisis: Jeanine's little sister falls down a well, and their cat calls for help. (What's that, Lassie? You want me to contact your lawyer?)

These weaknesses are disappointing considering Jiles's obvious skills. For more than 30 years, she's been a successful poet, and her descriptions here of oil drilling, horse racing and terrifying dust storms crackle with excitement. She's also a master at creating the most charming romance -- a tender love affair between Jeanine and a young widower who must convince her that it's time to think about life outside her family.

But again and again these wonderful moments are retarded by a lack of tension or diluted by sentimentality. "Times were hard," Jiles writes, "very hard, and once in a while people liked to hear stories with happy endings." That's true, of course, but we don't want to see rainbows during stormy weather. No matter how unabashedly hopeful we may be, we've got to believe along the way that those happy endings are seriously at risk.

Copyright 2007, The Washington Post. All Rights Reserved. --This text refers to an alternate kindle_edition edition.

“[A] stirring story . . . of self and home in language as spare and stark as the Texas landscape.” (Booklist) --This text refers to an alternate kindle_edition edition.

Colleen Delany brings out the strength of character in three women who struggle to survive the Depression in Texas. Delanys drawl rings as true as the authors research, and her narration adds to the local color that is so much a part of the story. Delany differentiates the Stoddard daughters with varying tonality. Writer Bea is dreamy; Mayme is practical. The focus character is Jeanine, beloved by her late father, a charming, alcoholic gambler. Delany portrays Jeanine as a complex character, showing her determination when she fights for her family and her confusion as she tries to choose what she really wants in life. S.W. © AudioFile 2007, Portland, Maine-- Copyright © AudioFile, Portland, Maine --This text refers to an alternate kindle_edition edition.
Read more

4.5 out of 5 stars
4.5 out of 5
240 global ratings
How are ratings calculated?
To calculate the overall star rating and percentage breakdown by star, we don’t use a simple average. Instead, our system considers things like how recent a review is and if the reviewer bought the item on Amazon. It also analyses reviews to verify trustworthiness.
Top reviews

Hughcr
5.0 out of 5 stars History made real
Reviewed in Australia on 9 December 2020
Verified Purchase
This novel takes you right into American history and vividly brings to life every detail of the era. What I appreciated most was that Jiles is dealing with the lives of ordinary people as they strive to survive and prosper in harsh conditions , always facing the threat of poverty and starvation.
Read more
Report abuse

Happy Customer
4.0 out of 5 stars Grim times, bright women
Reviewed in the United States on 27 March 2017
Verified Purchase
A believable story of one family's survival of the Great Depression in Texas. Ever since the movie "Giant," there is a tendency for stories about women and Texas to follow a kind of pattern. This breaks the pattern. Writer Paulette Jiles is known for her deep research and it shows here. There is little sentiment, and a whole lot of practical reality to the frailties that make or break a family
I do think that Jiles has a way of taking you places you don't expect. For example, the female lead meets a man when she is very, very young and she runs into him periodically over the years. His story, making his way in the oil fields, marrying, having a child, and trying to get a ranch going is a ribbon that runs through her own story. She's got a daddy who loves her and her mom, but he's a rounder and they seldom live well. If not for her mother's resolve to make do no matter what, I'm sure that the girls would have ended up whores or worse. Somehow they manage to live into adulthood and by chance end up going back to the abandoned family farm. Three women trying to pull together what dust storms and the Depression tore apart, their strength is inspiring. I found myself appreciating that there was no sentimental romance or miracle save, just the willingness of these women to get up every morning and face the day. After all, that's pretty much the only thing anyone can do.
Read more
31 people found this helpful
Report abuse

A. Renault
5.0 out of 5 stars is my favorite book in 5 years
Reviewed in the United States on 16 February 2018
Verified Purchase
Either this book by Paulette Jiles or her more recent book, News of the World, is my favorite book in 5 years. The characters are captivating and the richness of the author’s prose compelled me to dig into this book. The era of the Great Depression is quite fascinating and illustrates the best of American perseverence and character.
Read more
17 people found this helpful
Report abuse

Delissca Belleville
2.0 out of 5 stars Same author different book
Reviewed in the United States on 9 February 2020
Verified Purchase
I read a different book by this author, called The Color of Lightening. I liked that book very much. Then I read the synopsis of this book, and thought that since it was the same author, it would probably really be good. Boy was I wrong. I thought I was going to be reading a book about the lives of three different women. I thought that I would be reading about each of their difficulties of life during the depression. That is not the case. The entire book revolves around Janine. Yes, she has two other sisters, but they don’t really even play a role in the book. Janine is just not someone you grow to love, or even care about for that matter.

This book read very slowly and was very boring. It could also be depressing if you let it get to you. I think I’ll wait a while before I read another book by Ms. Jiles.
Read more
5 people found this helpful
Report abuse
See all reviews
Back to top
Get to Know Us
Connect with Us
Make Money with Us
Let Us Help You
EnglishChoose a language for shopping.
© 1996-2021, Amazon.com, Inc. or its affiliates