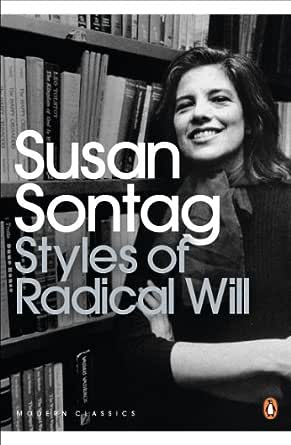 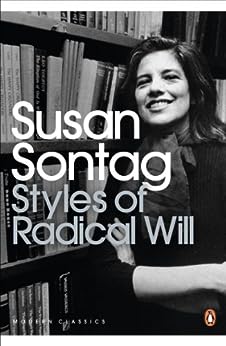 “Susan Sontag's essays are great interpretations and even fulfillments of what is really going on.” ―Carlos Fuentes

“[Susan Sontag] is one of the most interesting and valuable critics we possess, a writer from whom it's continually possible to learn.” ―Richard Gilman, The New Republic

“She has come to symbolize the writer and thinker in many variations: as analyst, rhapsodist, and roving eye, as public scold and portable conscience.” ―Time magazine

“Miss Sontag emerges from Styles of Radical Will . . . as an open and vulnerable intellect, a consciousness in process of transformation . . . Her first essay, 'The Aesthetics of Silence' is a brilliant and important account of Western tradition of artistic revolt against language, against thinking, against consciousness.” ―Robert Sklar, The Nation

“It should be remembered that Miss Sontag has now written four of the most valuable intellectual documents of the past ten years: 'Against Interpretation,' 'Notes on Camp,' The Aesthetics of Silence,' and 'Trip to Hanoi.' In the world in which she's chosen to live, she continues to be the best there is.” ―The New York Times Book Review

Susan Sontag is the author of four novels, The Benefactor, Death Kit, The Volcano Lover, and In America, which won the 2000 National Book Award for fiction; and five works of nonfiction, among them On Photography, which won the National Book Critics' Circle Award for criticism, Illness as Metaphor and AIDS and Its Metaphors, and most recently, Where the Stress Falls. In 2001 she was awarded the Jerusalem Prize for the body of her work.

Susan Sontag's second collection of groundbreaking essays contains some of the most important pieces of criticism of the twentieth century, including the classics 'The Aesthetics of Silence', a brilliant account of language, thought and consciousness, and 'Trip to Hanoi', written during the Vietnam War. Here too is an excoriating account of America's identity and future, a robust and surprising discussion of pornography and other richly rewarding writings on art, film, literature and politics.

'Sontag emerges from Styles of Radical Will as an open and vulnerable intellect, a consciousness in process of transformation ... brilliant and important' The Nation

'She has come to symbolize the writer and think in many variations: as analyst, rhapsodist, and roving eye, as public scold and portable conscience' Time

4.3 out of 5 stars
4.3 out of 5
23 global ratings
How are ratings calculated?
To calculate the overall star rating and percentage breakdown by star, we don’t use a simple average. Instead, our system considers things like how recent a review is and if the reviewer bought the item on Amazon. It also analyses reviews to verify trustworthiness.

Andy Heil
5.0 out of 5 stars Waste of Time
Reviewed in the United States on 4 September 2020
Verified Purchase
Don’t waste your time. This is convoluted unoriginal mumbo jumbo. There are too many other amazing pieces of literature to be wasting your time with this. Come to think of it, read Ishmael Reed’s Mumbo Jumbo instead.
Read more
Report abuse

Camelia
5.0 out of 5 stars Excellent book. I arrive in good condition
Reviewed in the United States on 4 August 2016
Verified Purchase
Excellent book. I arrive in good condition.
Read more
Report abuse
See all reviews
click to open popover
Unlimited FREE fast delivery, video streaming & more
Prime members enjoy unlimited free, fast delivery on eligible items, video streaming, ad-free music, exclusive access to deals & more.
> Get started
Back to top
Get to Know Us
Connect with Us
Make Money with Us
Let Us Help You
EnglishChoose a language for shopping.
© 1996-2021, Amazon.com, Inc. or its affiliates