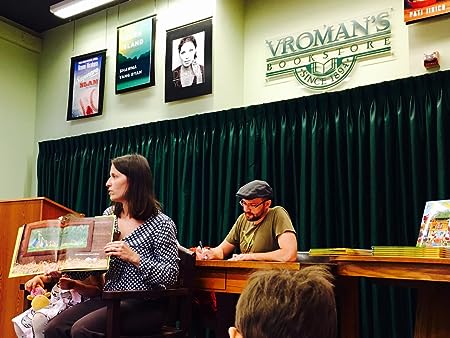 Suzanne Lang is the author of the #1 New York Times bestselling Grumpy Monkey series which she makes with her husband, illustrator Max Lang. Their other titles include All Kinds of Families and Hooray For Kids. When she's not working on books, Suzanne writes and produces animated television series. Suzanne loves animals (especially cats and monkeys) and chocolate (especially with praline filling). 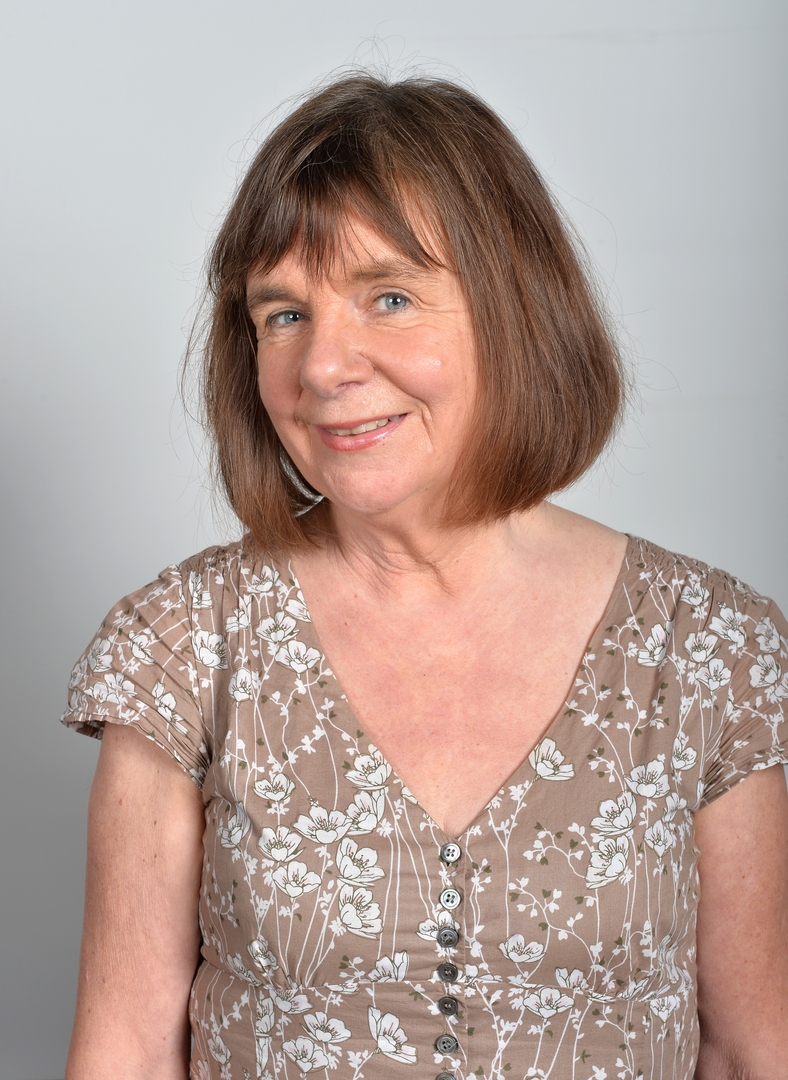 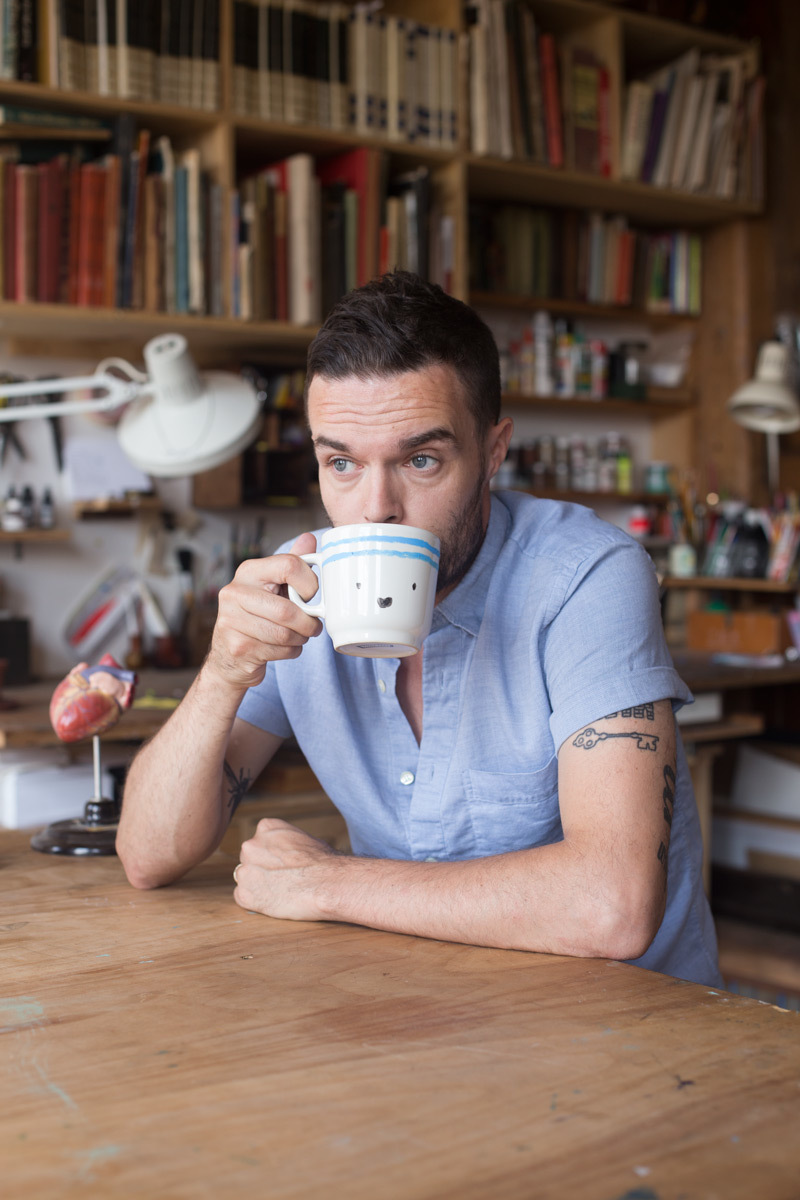 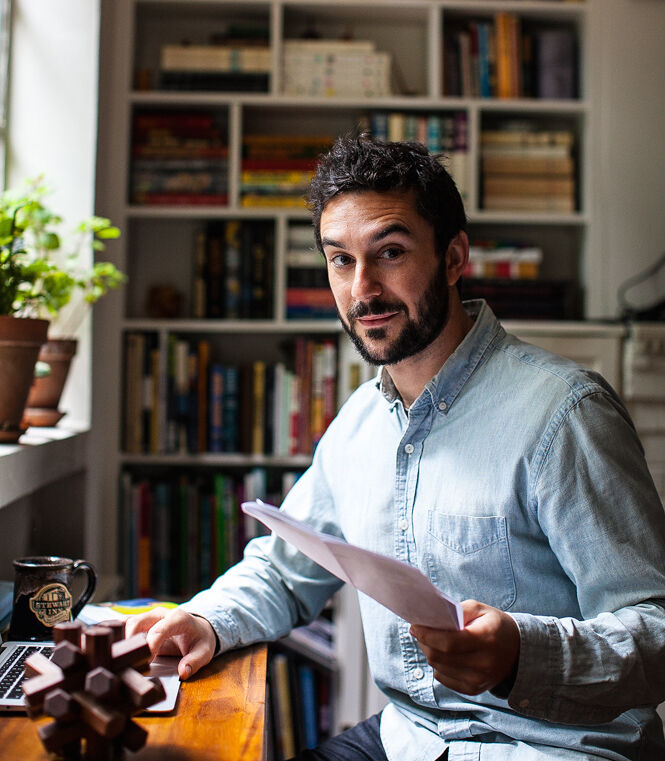 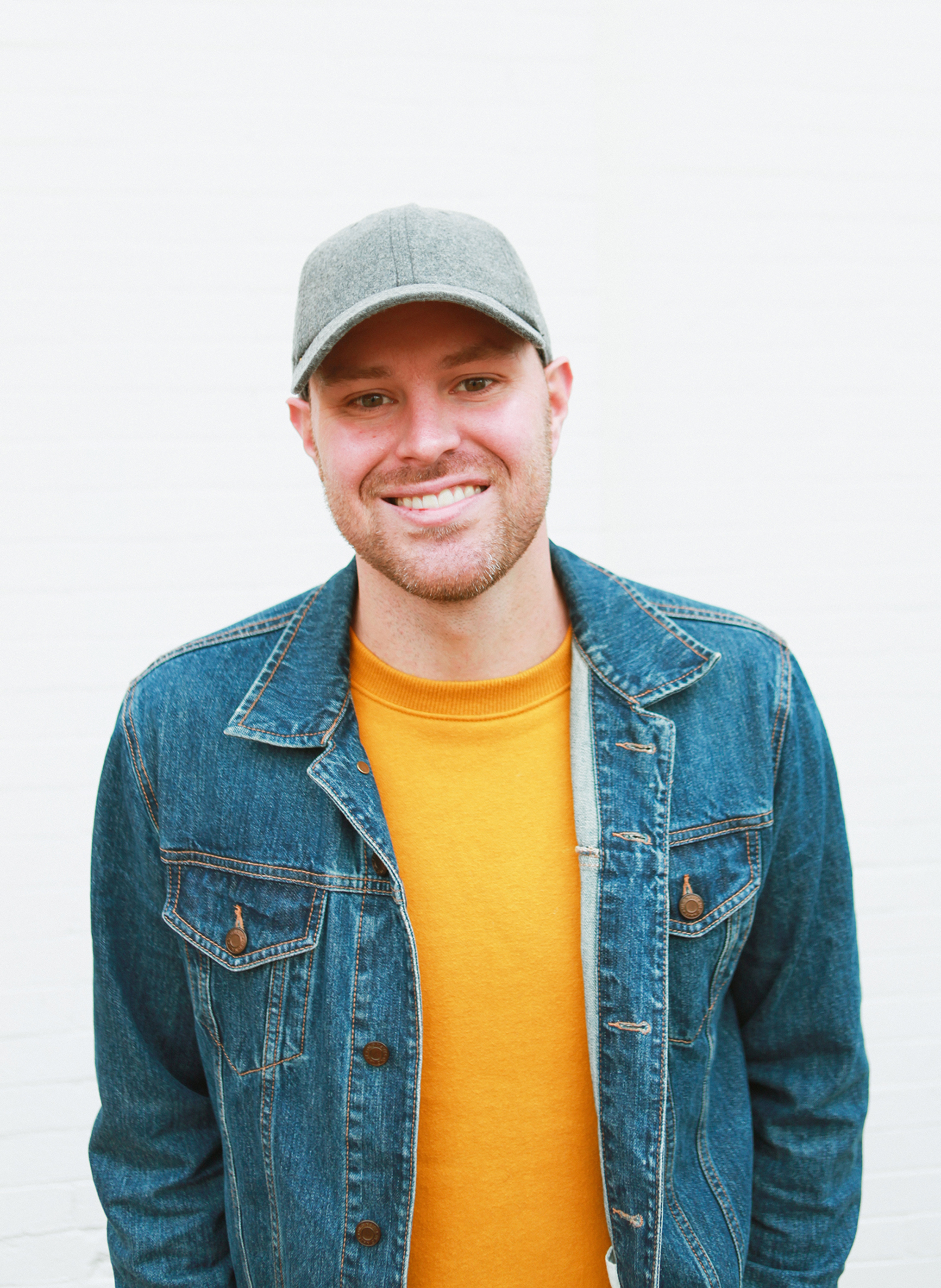 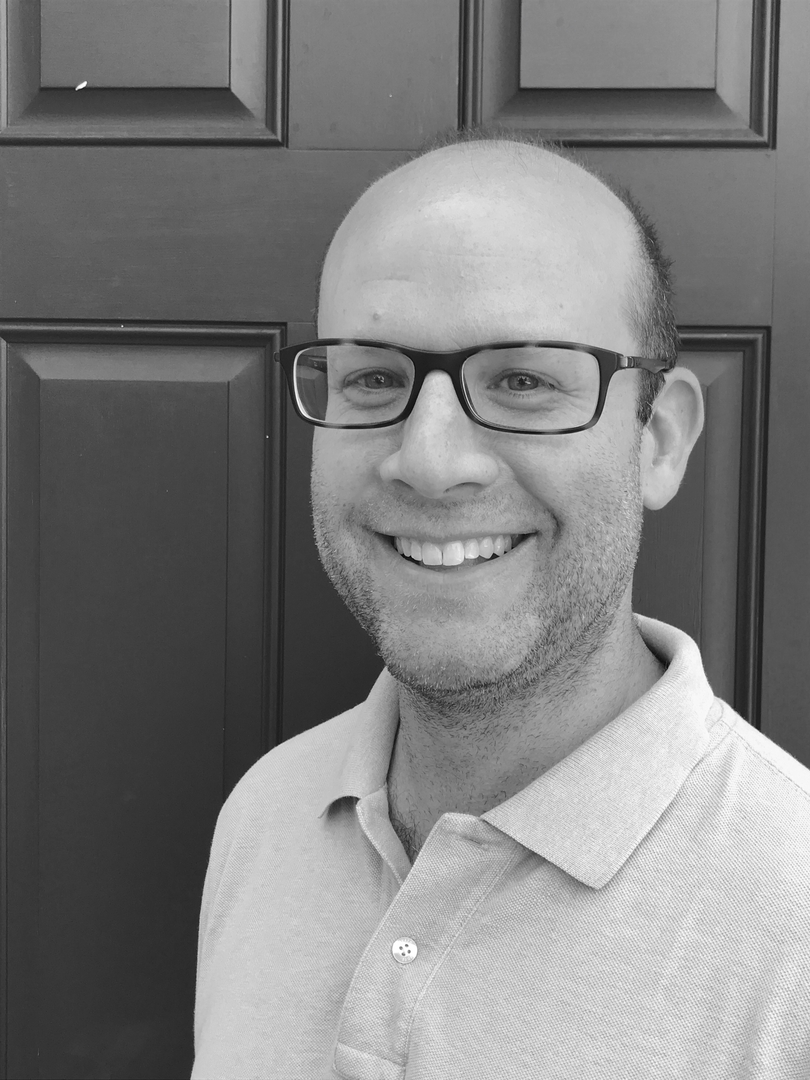 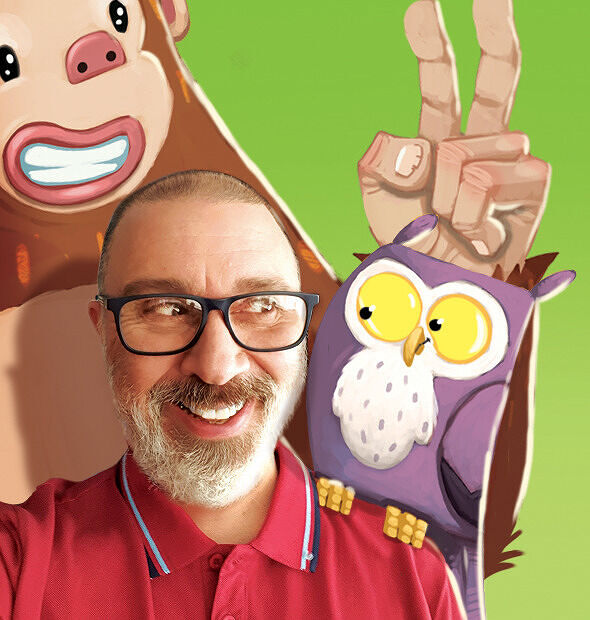 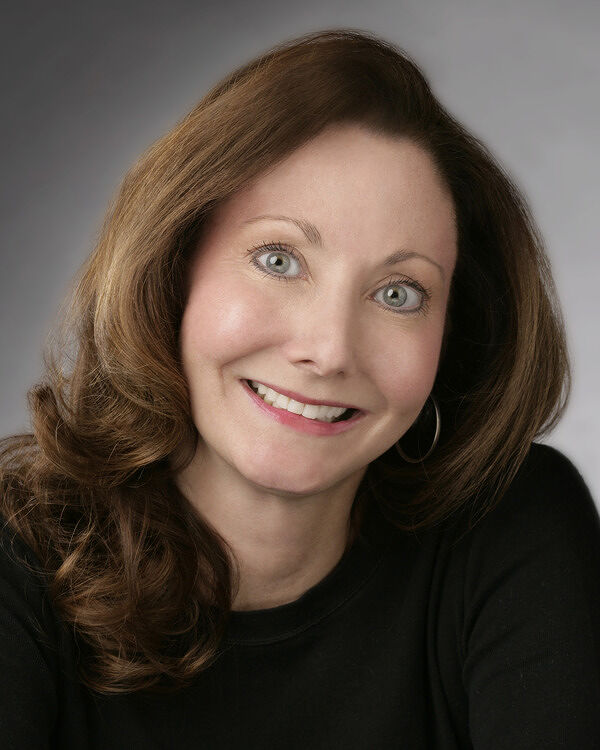 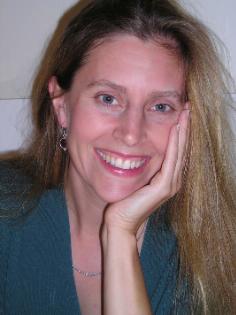 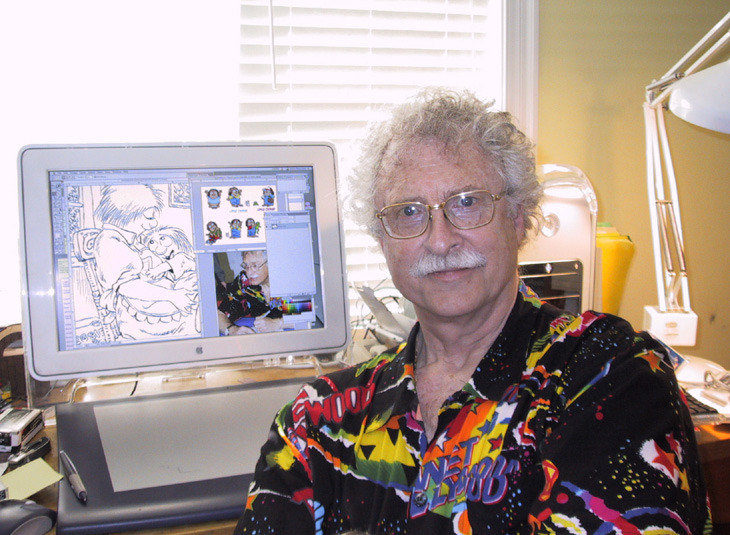 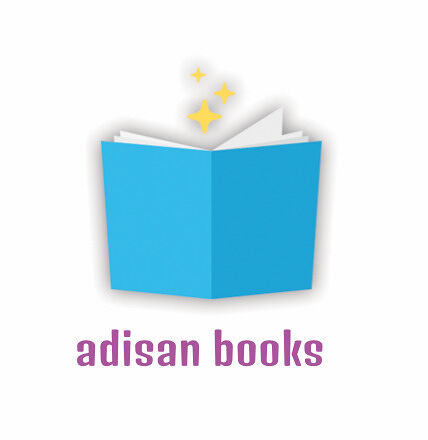 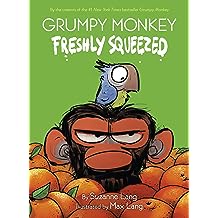 Grumpy Monkey Freshly Squeezed: A Graphic Novel Chapter Book 29 Jun, 2021
by Suzanne Lang, Max Lang
( 417 )
₹ 281.34 ₹ 500.69
You Save: ₹ 219.35(44%)
This early graphic novel chapter book based on the #1 New York Times bestselling Grumpy Monkey is perfect for children who love the original picture books and are ready for the next step. Features hilarious dialogue, multiple panels per page, and a longer storyline to keep kids laughing all the way to the end!

It's Wednesday! Which means it's time for Jim Panzee's weekly Wednesday walk. He wakes up, stretches a little, grabs his stress orange, and sets off. Jim's favorite part of the walk is the blissful silence. When he's alone, he can hear all the jungle sounds. Until . . . his best buddy, Norman, decides to join him. And before he knows it, Jim is followed by every animal in the jungle. It's all just too much. Now Jim and his not-so-helpful friends are on a quest across the jungle to find another stress orange before it is too late!

A warm and funny chapter book graphic novel about how to handle all of life's ups and downs from the creators of the #1 New York Times bestselling Grumpy Monkey.
Read more
Other Formats: Hardcover
inclusive of all taxes 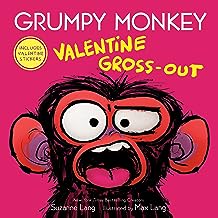 Grumpy Monkey Valentine Gross-Out 29 Nov, 2022
by Suzanne Lang, Max Lang
₹ 404.46
The New York Times #1 bestselling character Jim Panzee is very grumpy about Valentine’s Day until his buddy Norman shows him that the holiday is for everyone. Two pages of full-color stickers are included for extra fun!

This holiday hardcover book is brimming with the same silly humor that characterizes all the beloved titles in the bestselling Grumpy Monkey series.

When Jim Panzee hears Oxpecker cooing over her doting boyfriend on Valentine’s Day, he has just one thought: Gross. But Jim finds out that not everything about Valentine’s Day is hearts and kisses. Jim learns there are different types of valentines and many kinds of love, such as love for a parent or for friends. 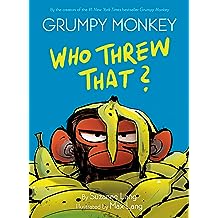 Grumpy Monkey Who Threw That?: A Graphic Novel Chapter Book 27 Sep, 2022
by Suzanne Lang, Max Lang
₹ 500.69
This early graphic novel chapter book based on the #1 New York Times bestselling Grumpy Monkey is perfect for children who love the original picture books and are ready for the next step. A longer storyline, multiple panels per page, and hilarious dialogue will keep kids laughing all the way to the end, when Jim Panzee learns an important lesson about apologies.

Jim Panzee is demonstrating a new magic trick when he’s interrupted by two oxpeckers cooing over each other. Annoyed, he tosses a banana peel from his branch and, even worse, denies doing it!

Now the real trouble begins when Jim Panzee is banished from the jungle. Best friend Norman joins him and they end up in the desert.  But the desert isn’t a happy place for them, especially Norman. Too much heat in the daytime, too much cold at night, and the lack of bananas are big problems. In order to help his best buddy, Jim agrees to return to the jungle. But the only way he will be welcomed back is if he apologizes. Will grumpy monkey Jim be able to do that?
Read more
Other Formats: Hardcover
See purchase options 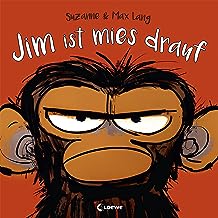 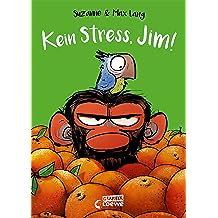 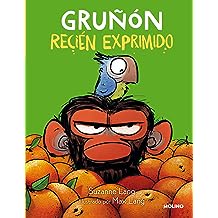 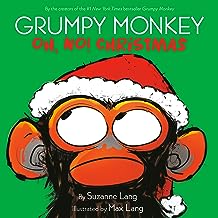 It's Christmas time in the jungle, and Jim just can't get into the holiday spirit. Then Jim eats a "festive" green banana that makes him feel sick. Now everything seems worse. While all the other animals in the jungle are ready and eagerly awaiting Christmas, Jim can't stop feeling that this time of year stinks. But with his good friend Norman's help, Jim discovers that focusing on the good things around him instead of his own problems, is a reason to celebrate. 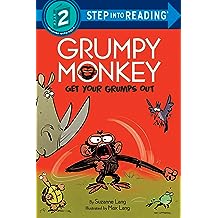 Grumpy Monkey Jim Panzee wakes up one morning and decides that it’s time for a new Jim. He asks his jungle friends to get him so mad that he can get rid of all his grumpy feelings. It seems to work until his friend Norman reminds Jim that it’s best just to be himself, grumps and all.

Easy-to-read words and colorful illustrations will hook young readers on the lifelong habit of reading.

Step 2 readers use basic vocabulary and short sentences to tell simple stories. They are perfect for children who recognize familiar words and can sound out new words with help. 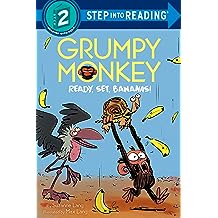 Jim Panzee ‘s plans for a quiet morning nap are interrupted by Tortoise’s plea to join him in the jungle race.  This makes Grumpy Monkey even grumpier but he reluctantly agrees.  Then one of the runners bumps into a tree and bananas come raining down! The race to the finish is over as everyone, including Grumpy Monkey, races to get the biggest share of bananas.

Easy-to-read words and colorful illustrations will hook young readers on the lifelong habit of reading.

Step 2 readers use basic vocabulary and short sentences to tell simple stories. They are perfect for children who recognize familiar words and can sound out new words with help. 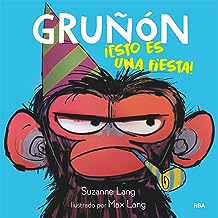 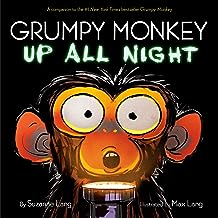 Grumpy Monkey Up All Night 29 Sep, 2020
by Suzanne Lang, Max Lang
( 1,464 )
₹ 636.02
Everyone's favorite New York Times bestselling Grumpy Monkey is back in this hilarious bedtime story about dealing with frustration when you don't get to do what you want!

Have you ever stayed up way past your bedtime? Jim Panzee certainly has. Jim is going to a slumber party and there's LOTS to do. Jim plans on bobbing for mangoes, going termite fishing, and of course staying UP ALL NIGHT!

But Jim gets more than a little frusrated when all the things he wanted to do go awry. One by one, everyone else falls asleep, while Jim is determined to stay up. How long will he last?

In this delightful follow up in the GRUMPY MONKEY series, kids see what happens when you stay awake too late! 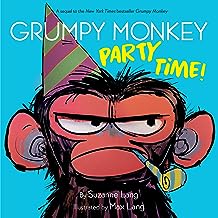 Have you ever been a little anxious about going to a party? Jim Panzee feels that. Porcupine is having a big party, and according to Jim's best friend Norman, there will be--gulp--dancing. Jim can DEFINITELY not dance. When he tells his friends, they all try to teach him cool moves--surely that's the only reason Jim isn't excited about this party!

Now, their job complete, the other animals sweep Jim along, all the way to the dance floor. Jim is dipped, swayed, and twirled until he can't take it anymore--he just doesn't like to dance! When he lets everyone know, he's met with disbelief...until Water Buffalo reveals that he doesn't much care to dance, either. As more and more animals have the courage speak their truths, does this mean there's no place for them at this party?

In this hilarious sequel to GRUMPY MONKEY, kids will learn that it's okay not to go with the flow if they're uncomfortable, and that speaking up about what they need can help others speak up, too--and maybe they need the same thing!