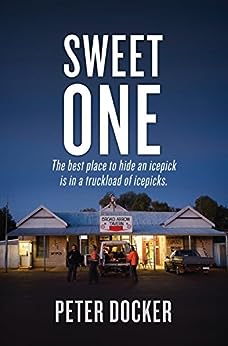 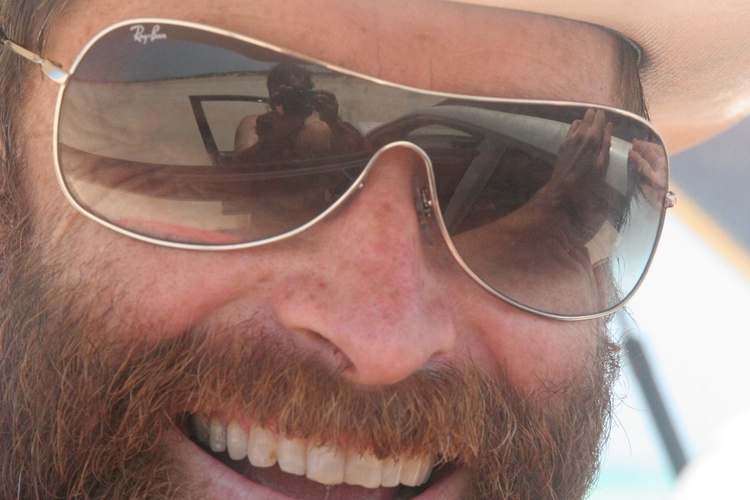 by Peter Docker (Author) Format: Kindle Edition
See all formats and editions
Sorry, there was a problem loading this page. Try again.
When a senior Aboriginal war veteran dies horribly at the hands of state government authorities, Izzy, a journalist and daughter of a war veteran herself, flies to the goldfields of Western Australia to cover his death. But Izzy is about to learn that for every action there is an equal and bloody reaction. On the trail of the vigilantes, she finds herself embedded in a secret war that is finally, irrevocably, going to explode to the surface.
Read more
Previous page
Next page
Kindle e-Readers
Kindle Fire Tablets
Free Kindle Reading Apps
See all supported devices

Peter Docker is a professional actor with more than 20 years of experience, and the author of Someone Else&;s Country and The Waterboys.
--This text refers to the paperback edition.

2.9 out of 5 stars
2.9 out of 5
4 global ratings
How are ratings calculated?
To calculate the overall star rating and percentage breakdown by star, we don’t use a simple average. Instead, our system considers things like how recent a review is and if the reviewer bought the item on Amazon. It also analyses reviews to verify trustworthiness.
Top reviews

Barry Smith
1.0 out of 5 stars Disapointing
Reviewed in Australia on 30 July 2014
Verified Purchase
Disjointed story line made it difficult to follow the plot and the unbelievable timelines used to link the characters made the whole story a load of rubbish. Such a pity. The author's efforts to promote the plight of the Aborigine is to be applauded, but he won't get through to many people this way.
Read more
Report abuse

Karen Chisholm
5.0 out of 5 stars Using similar events as the subject matter of SWEET ONE does not
Reviewed in the United States on 18 February 2015
Verified Purchase
On Anzac Day in 2008 an Aboriginal Elder from Warburton*, Western Australia was arrested for drink driving. Transported around 920 kilometres over two trips, in the back of a private security company van with no air-conditioning, he died in transit. An inquest later found that the guards accompanying him, the private company, and the State Government contributed to this gentleman's death. The State's response and delays in compensation payments were as reprehensible as everyone's behaviour in the first place.

Using similar events as the subject matter of SWEET ONE does not, at any stage, feel exploitative. Rather what Docker seems to be doing in this book is explore the ongoing conflict between right and wrong, black and white, and the way that the tension cannot end when there is such a unfairly balanced power share in the relationship between Aboriginal and Authority Australia.

Set in the Western Australian goldfields, the landscape and weather is as harsh and unwelcoming as those Authority figures. Yet Izzy Langford is drawn to the story, and to the place, in the same way that her Vietnam veteran father was drawn before - although this comes as a surprise to her.

Through her eyes we see the differences, she provides a voice to articulate reactions - positive and negative in a way that's observational and not judgemental. Langford's a journalist, she has a background in reporting on Aboriginal deaths in custody, although her previous story was dropped when the accused police officer was acquitted (again Docker uses the real-life events of Palm Island as the basis for this plot element).

Building on that idea of connections, Langford is connected to Aboriginal Deaths in Custody investigations, as she is to the place, as she is to returned servicemen from Afghanistan - having been embedded there and in Pakistan in the past. The tendrils of these threads weave together cleverly to give the reader a feeling that connectedness is a complicated, multi-level thing, much like our white understanding of Aboriginal connection to place, and past, might feel.

"Below them there is a man waiting. A soldier. A warrior. He lies there feeling the country. He can taste his country at the corners of his mouth. He can smell his country through the dust in his nose. And his country can smell him. The smell and the taste fill him with a power - a power so subtle that even those who are trained to look would have trouble seeing."

A white man, born in Wiilman Country, who grew up in Wudjari Country, and now lives in the Kimberley, Docker writes about the colliding edges of black and white Australia. He does not shy away from the reckless and vicious elements of outback life - the financial manipulation, enforced sex trade, and the drinking and abuse - black and white. He also draws a strong picture of the strength of family, and the success of many people who sit astride the edge. In particular the strength of many of the women in communities - which feels so real, so right. He also uses the idea of retribution as a core plot element, the evening of scores. This, combined with truths that sneak up and ambush the reader on the way through, delivered in a classic thriller format mean that it's hard not to feel like there are lessons here, delivered in the most real, practical and down to earth manner possible.

All of which is supported by strong characters, a sense of humour so dry you can feel the heat as it whips past you, and some absolutely beautiful and lyrical passages describing the place, feelings, connections, past, present and future.

Whilst there is much to be said for the strength of people writing their own stories and telling things from their own perspective, SWEET ONE reminds that an observer's eye can also be acute. When that eye is combined with sympathy, respect and love, then the stories told are strong, and in a language that's accessible, gripping, moving, emotional, provocative and forceful.

* Name not used in accordance with Aboriginal custom

SallyAnn
1.0 out of 5 stars It didn't do it for me
Reviewed in the United States on 21 July 2016
Verified Purchase
I really did try, but it was such hard going, I finally succumbed at the three quarter mark and I gave up. I would not usually persist for so long but I wanted to like it.
It was exhausting to read, made worse by the absence of inverted commas to distinguish the dialogue.
I had no sense of time or place with the story and I did not care a jot about the protagonist or any of the characters.
Read more
Report abuse

Glen Eon Tye
4.0 out of 5 stars ASD
Reviewed in the United States on 3 January 2015
Verified Purchase
'An entertainingly different novel shedding light on the problems faced by soldiers, in this case Special Forces, returning from unusual and challenging service in the Middle East and the perennial conflict and lack of understanding between indigenous peoples and occupiers of their country.
Having some exposure to outback Australia I was taken by Docker's description of the landscape and emphasis on the strength and importance of family to Aboriginal people. I recommend this read to anyone.
Read more
One person found this helpful
Report abuse
See all reviews