Other sellers and formats from ₹ 194.00
Share <Embed>
Have one to sell?
Sell on Amazon 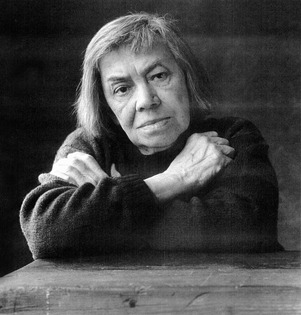 Patricia Highsmith was born in Fort Worth, Texas in 1921 but moved to new York when she was six. In her senior year she edited the college magazine, having decided to become a writer at the age of sixteen. Her first novel Strangers on a Train, was made into a famous film by Alfred Hitchcock in 1951. Patricia Highsmith died in Locarno, Switzerland in 1995. Her last novel Small g: A Summer Idyll was published posthumously just over a month later.

Start reading The Talented Mr Ripley: Play (Screen and Cinema) on your Kindle in under a minute.

4.5 out of 5 stars
4.5 out of 5
823 global ratings
How are ratings calculated?
To calculate the overall star rating and percentage breakdown by star, we don’t use a simple average. Instead, our system considers things like how recent a review is and if the reviewer bought the item on Amazon. It also analyses reviews to verify trustworthiness.

M.A.Srinivasa Ravi Raman
5.0 out of 5 stars Good book
Reviewed in India on 21 December 2020
Verified Purchase
It is quite a different kind of thriller.
Read more
Helpful
Report abuse

Ravi
3.0 out of 5 stars Average
Reviewed in India on 12 January 2019
Verified Purchase
Loose ends with the story but no complaining on the use of language in 1960’s
Read more
Helpful
Report abuse

FunkyFrankie
3.0 out of 5 stars She writes a great psychopath
Reviewed in the United Kingdom on 19 December 2020
Verified Purchase
I was surprised at how brilliantly the psychopathic mind was captured in this novel. People had compared Highsmith to Agatha Christie. But, there really is no comparison. Christie’s crown as the Queen of Crime is safely in place. Patricia Highsmith’s novels all feature the same nutcase with the same agenda, i.e. a man obsessed and infatuated with another man, driven to murder. Decent plot. The French adaptation of the film, En Plein Soleil, is superb, and it’s more entertaining than this book.
Read more
2 people found this helpful
Report abuse

Jade
4.0 out of 5 stars Highsmith at the height of her talent - shame about the typos!
Reviewed in the United Kingdom on 17 June 2020
Verified Purchase
This is probably one of Highsmith's most impressive and tightly plotted works and the characters are some of her best and most developed.
However, the edition I purchased (Vintage 1999) contains a surprising amount of typos for such a highly-acclaimed book/author. I have no idea how this would be allowed to happen. It's a shame because the typos became distracting enough throughout the novel to hamper the experience of reading it.
It would be interesting to see if the typos are present in other editions!
Read more
2 people found this helpful
Report abuse

Valerie J.
5.0 out of 5 stars RIPPING GOOD YARN
Reviewed in the United Kingdom on 10 July 2012
Verified Purchase
To me, this is writing at its best. Highsmith's protagonist is Tom Ripley. He is a talented young man with ambition and very little else. He works, for the time being, in a United States of America Tax department where he fiddles extra money from the tax payers to line his own pockets, and he moves from the home of one friend after another until he outstays his welcome. Then, one day, good luck walks through the door of a bar in the form of Mr Herbert Greenleaf, a wealthy businessman whose son, Richard (Dickie) is living the good life in Mongibello, Italy. Herbert Greenleaf has followed Tom, recognising him as an acquaintance, even friend, of his son who he wants to return from America and join him in his boat-building company. Tom is easily persuaded, by the offer of excellent expenses, to go to Mongibello to try and persuade Richard to return. When Tom arrives in Italy, Richard Greenleaf barely recognises him but when Tom makes light of the fact that he is supposed to persuade Richard to return home, Richard finds it all great fun and takes Tom under his wing much to the annoyance of Richard's friend, Marge. Richard Greenleaf has everything that Tom could ever want. He is popular, he doesn't need to work, he lives in wonderful Italy, wears wonderful Italian clothes, eats at restaurants, attends parties, and better still, he has lots of money. The only thing that stands in the way of Tom having the life of Richard, is Richard. Tom Ripley, however, is gifted. Not only can he impersonate people, their voices, their mannerisms, he can even adapt his appearance. He is also very, very, gifted at forgery.

First published in 1955 and written in limited third person, Patricia Highsmith allows us into the thoughts, actions, and motivations of Tom Ripley, a totally insidious personality who is at once charming and frighteningly devious. We are privy to his feelings of guilt and repelled by how he justifies his murderous actions, amazed at his daring, and impressed by how skillfully he manipulates and deceives others, including the police, Richard's father, Marge, and anyone else who gets in his way.

What I love about this book is not only the tortuous plot that you really do have to keep up with to fully appreciate Patricia Highsmith's writing skill, (it can't be that difficult as I managed it!) and the skill of Tom Ripley but that there is no strong language, no excessively graphic scenes of violence or sex, none of the cheap thrills that you get in a lot of modern murder/thrillers. The clever plot is simply outstanding. It's no wonder that Alfred Hitchcock chose to make a movie out of Highsmith's first book, Strangers on a Train, in 1951.

I bought all mine as 'Very Good Condition' used paperbacks. The Talented Mr Ripley came via World of Books, Amazon. It arrived in excellent condition, just as described.

Patricia Highsmith (1921-95) was born in Texas and later lived in New York. The Talented Mr Ripley movie (1999) starring Matt Damon, Jude Law and Gwyneth Paltrow was based on the first in a series of Tom Ripley books. The movie follows the book quite closely in part but the book's plot is far too complex for all the detail to be included in a 139 minute movie. Ripley's Game (2002), another excellent movie, was based on the third book of the series, and starred John Malkovich.
Read more
11 people found this helpful
Report abuse

steam_simon
2.0 out of 5 stars Mr Ripley is not talented, in either the literary sense nor literal sense.
Reviewed in the United Kingdom on 1 February 2021
Verified Purchase
There's not much to like about either the story or the character of Ripley. Rather plodding, a character that it's impossible to find any redeeming characteristics. Plot only marginally clever.

Mr Ripley is not talented, in either the literary sense nor literal sense.
Read more
One person found this helpful
Report abuse

Pocket Satire
5.0 out of 5 stars Wonderful
Reviewed in the United Kingdom on 8 October 2019
Verified Purchase
The Talented Mr. Ripley is wonderfully written and gripping. And in this Everyman's Library edition, which is clearly printed on good paper, you get two further Ripley stories. (Worth noting that the French film version of the book, Plein Soleil, starring Alain Delon, is far superior to the Hollywood version with Matt Damon.)
Read more
One person found this helpful
Report abuse
See all reviews
Unlimited FREE fast delivery, video streaming & more
Prime members enjoy unlimited free, fast delivery on eligible items, video streaming, ad-free music, exclusive access to deals & more.
> Get started
Back to top
Get to Know Us
Connect with Us
Make Money with Us
Let Us Help You
EnglishChoose a language for shopping.
© 1996-2021, Amazon.com, Inc. or its affiliates