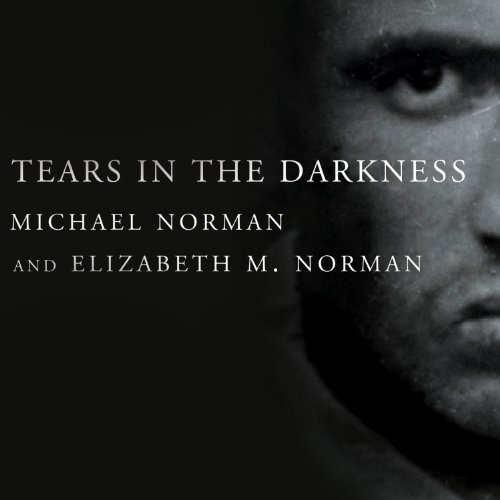 Tears in the Darkness: The Story of the Bataan Death March and Its Aftermath

For the first four months of 1942, U.S., Filipino, and Japanese soldiers fought what was America's first major land battle of World War II, the battle for the tiny Philippine peninsula of Bataan. It ended with the surrender of 76,000 Filipinos and Americans, the single largest defeat in American military history. The defeat, though, was only the beginning, as Michael and Elizabeth M. Norman make dramatically clear in this powerfully original book.

From then until the Japanese surrendered in August 1945, the prisoners of war suffered an ordeal of unparalleled cruelty and savagery: 41 months of captivity, starvation rations, dehydration, hard labor, deadly disease, and torture---far from the machinations of General Douglas MacArthur. The Normans bring to the story remarkable feats of reportage and literary empathy.

Their protagonist, Ben Steele, is a figure out of Hemingway: a young cowboy turned sketch artist from Montana who joined the army to see the world. Juxtaposed against Steele's story and the sobering tale of the Death March and its aftermath is the story of a number of Japanese soldiers. The result is an altogether new and original World War II book: it exposes the myths of military heroism as shallow and inadequate; and it makes clear, with great literary and human power, that war causes suffering for people on all sides.

Read more
©2009 Michael and Elizabeth Norman (P)2009 Tantor
Previous page
Next page
By completing your purchase you agree to Audible’s Conditions Of Use Amazon's Privacy Notice.
Sold and delivered by Audible, an Amazon company

4.7 out of 5 stars
4.7 out of 5
322 global ratings
How are ratings calculated?
To calculate the overall star rating and percentage breakdown by star, we don’t use a simple average. Instead, our system considers things like how recent a review is and if the reviewer bought the item on Amazon. It also analyses reviews to verify trustworthiness.
Top reviews

Martin Garside
5.0 out of 5 stars Tears in the Darkness
Reviewed in the United Kingdom on 11 July 2020
Verified Purchase
A frank and no punches pulled account of the World War 2 fight between US and the Japanese troops and the Bataan Peninsular Death March where untold attrocities took place at the hands of the Japanese.
First read about in the John Grisham book `The Reckoning` it prompted me to buy Tears in the Darkness to read the full story.
Both books take you to a different place.
Read more
One person found this helpful
Report abuse

Amazon Customer
5.0 out of 5 stars What the Japanese really did
Reviewed in the United Kingdom on 15 November 2019
Verified Purchase
Stunning read
Read more
Report abuse

TUCCI
5.0 out of 5 stars Deep
Reviewed in Japan on 5 September 2014
Verified Purchase
Haven't fished yet, hafd the way, but excellent. With Deep look into Japanese army's nature, discribed the event as tragedy to human not only to the Americans and Philippines, I'm kind if grateful to the authors.
Read more
Report abuse

IntrepidS
5.0 out of 5 stars Best on Bataan
Reviewed in the United States on 28 May 2017
Verified Purchase
I've recently embarked on a quest to read all interesting books available about the Bataan Death March. I've plowed through at least 10 so far, all with good reviews, but this is the best so far. What I like about this one is its explanation of the Japanese soldier psyche, which explains so much of the resulting actions. Additionally, the prisoner was an artist and kept sketches, which synced well with his photos to draw me into his character. Besides all that, the book was well-researched and readable. I've lent my copy several times with the caveat that this is the best and I need it back.
Read more
35 people found this helpful
Report abuse
See all reviews