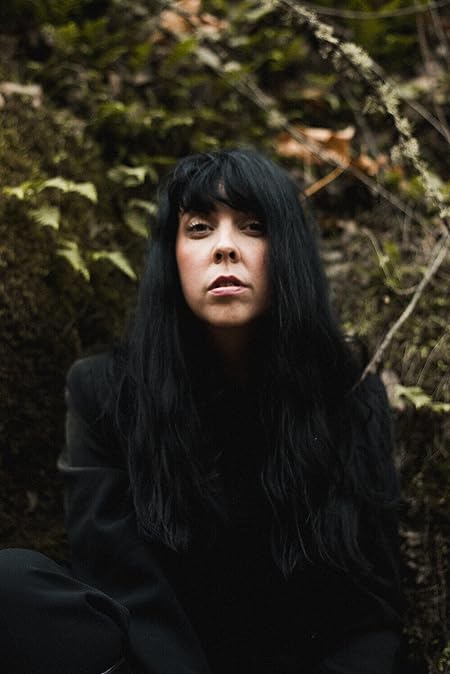 Her debut young adult novel, WE SET THE DARK ON FIRE, received six starred reviews, as well as the Oregon Spirit Book Award for debut fiction, and the Neukom Institute Literary Arts Award runner up honor for debut speculative fiction. It has been featured on Seventeen, Cosmopolitan, and O by Oprah Magazine’s best books lists, and was a 2019 book of the year selection by Kirkus and School Library Journal. Its sequel, WE UNLEASH THE MERCILESS STORM, followed to continuing acclaim, while MISS METEOR (co-written with National Book Award Nominee Anna-Marie McLemore) was named to the American Library Association’s 2021 Rainbow List, honoring outstanding contributions in LGBTQIA teen fiction.

Tehlor’s debut middle grade novel, PAOLA SANTIAGO AND THE RIVER OF TEARS, was published by the Rick Riordan Presents imprint at Disney/Hyperion. It received four starred reviews, and was named Amazon’s best book of 2020 in the 9-12 age range. It is currently in development at Disney as a television series to be produced by Eva Longoria.

Tehlor lives with her daughter, partner, and two small dogs in Oregon, where she grows heirloom corn and continues her quest to perfect the vegan tamale. 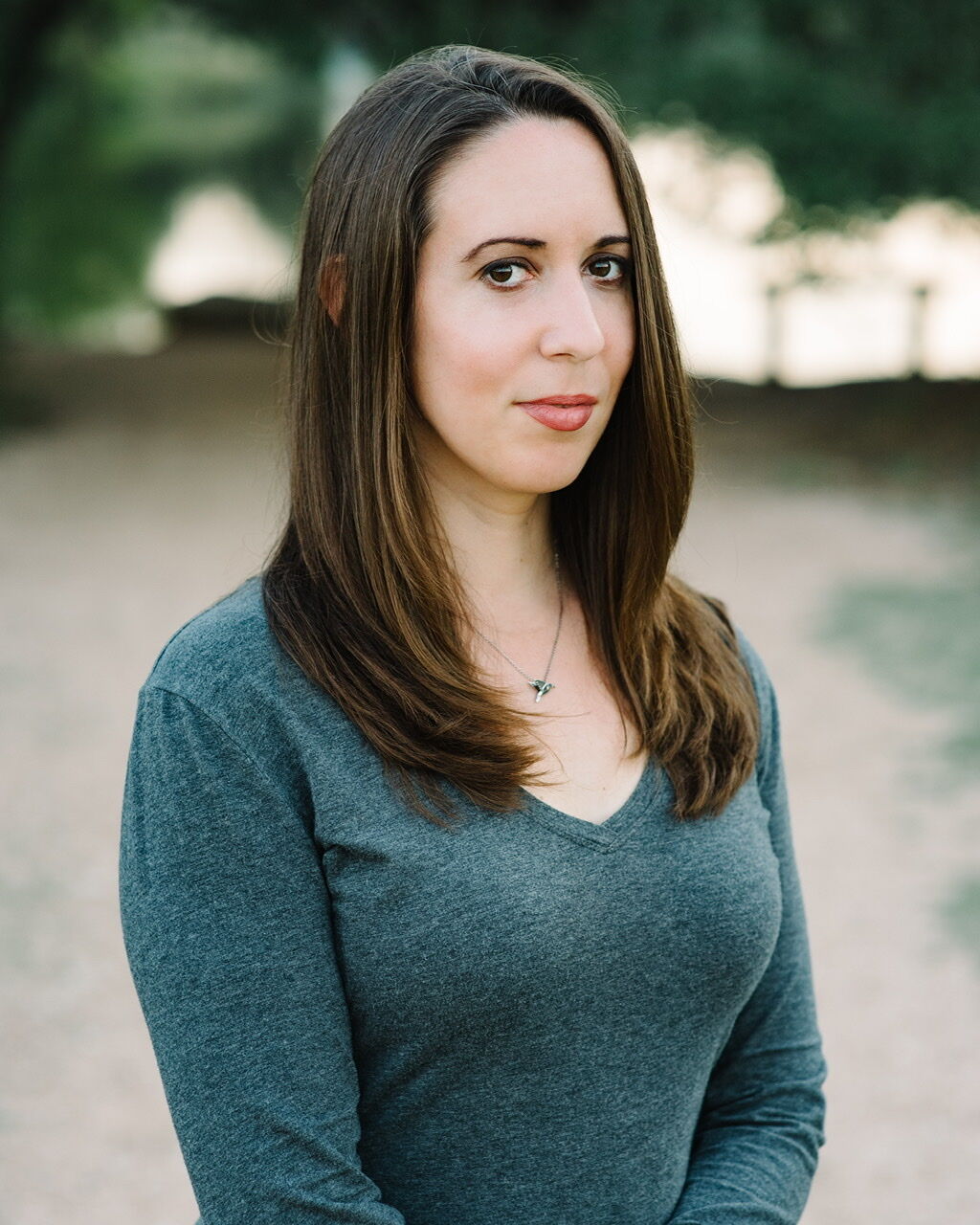 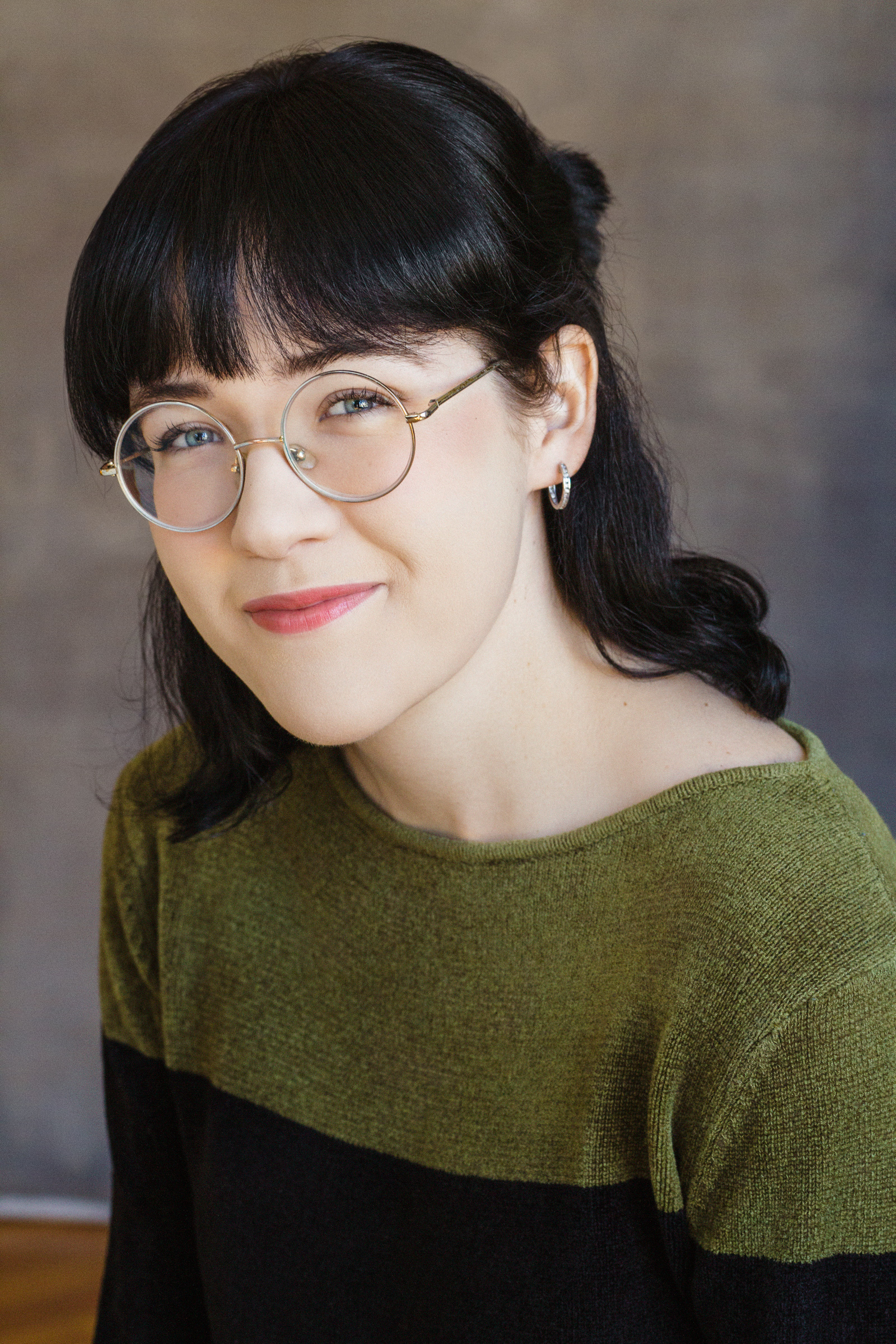 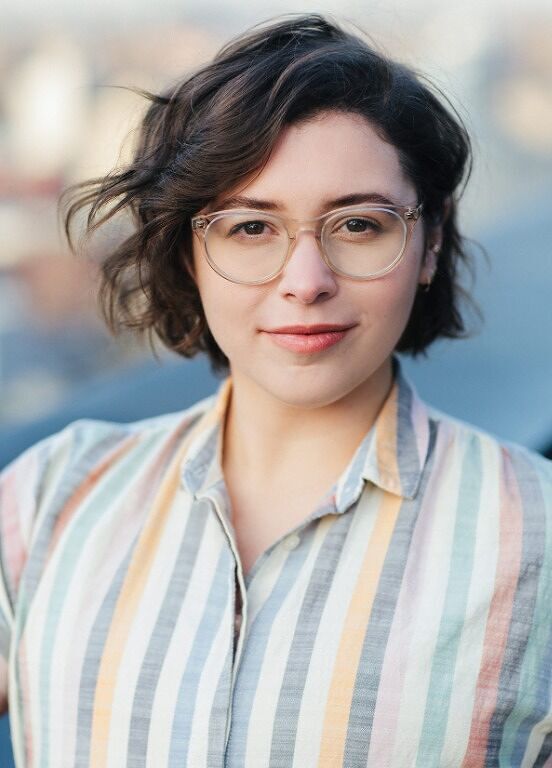 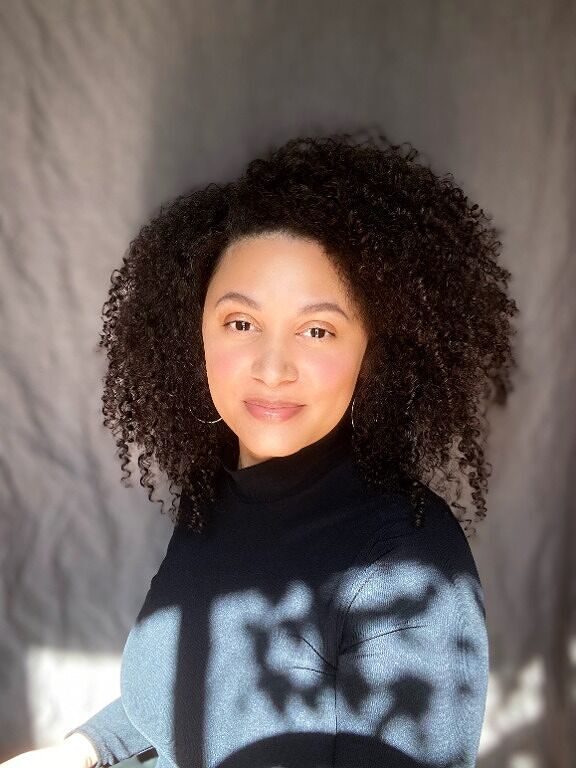 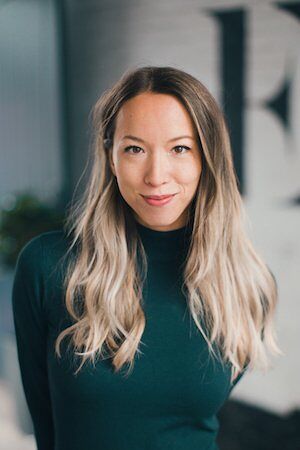 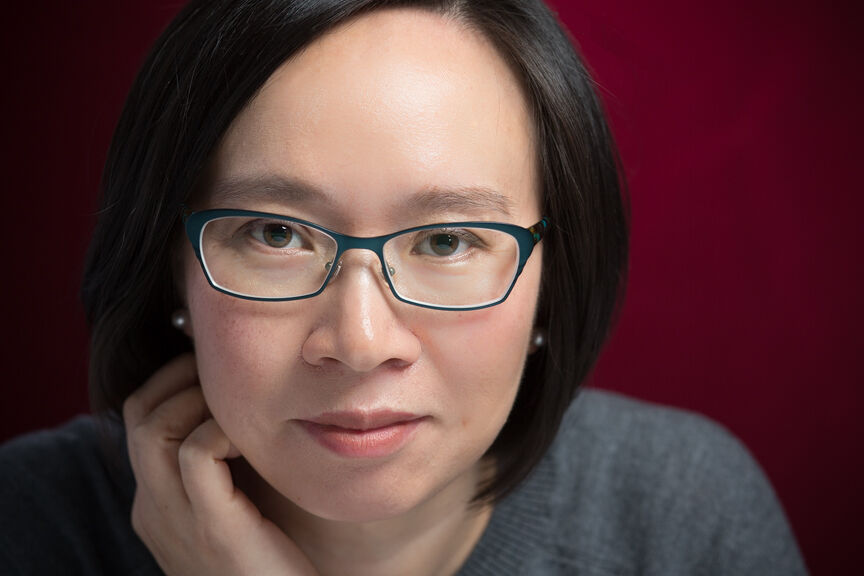 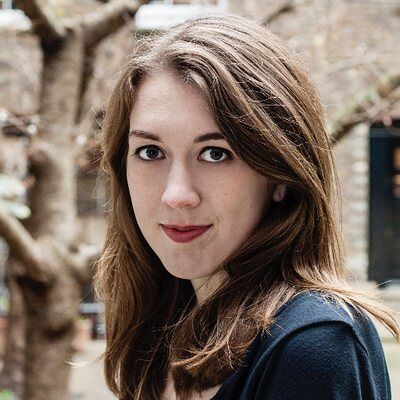 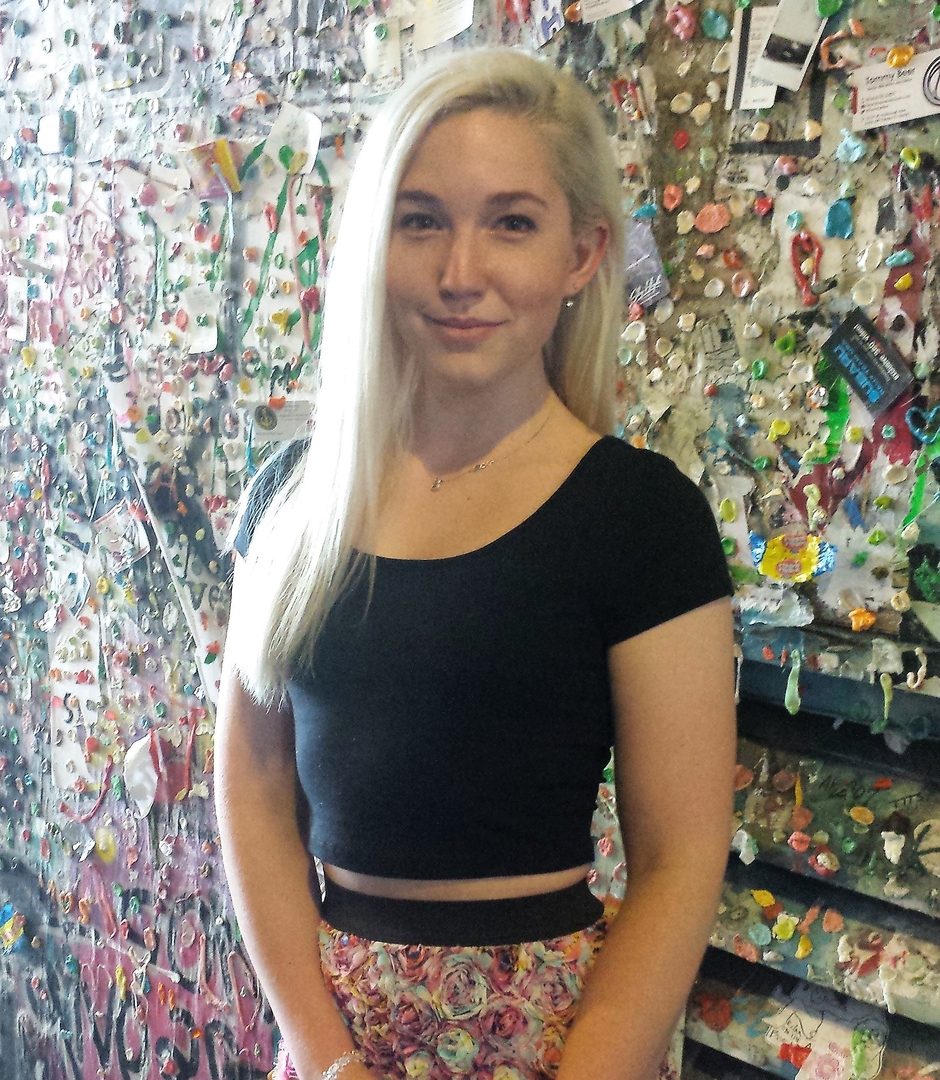 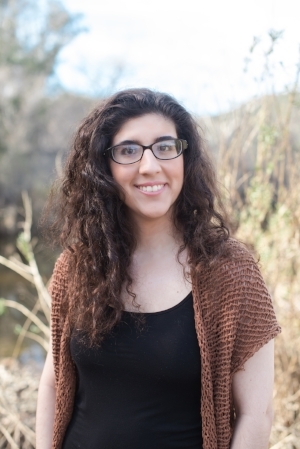 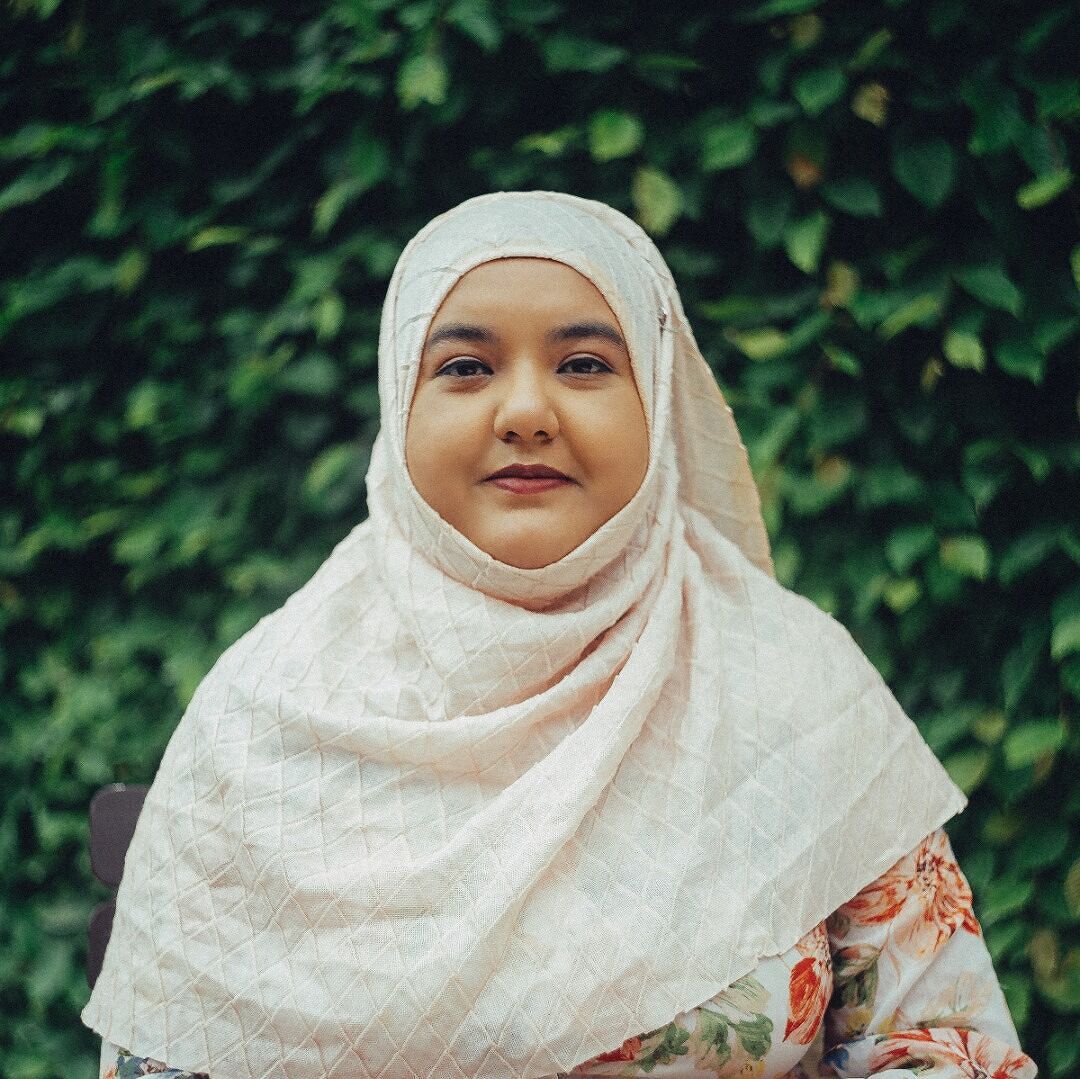 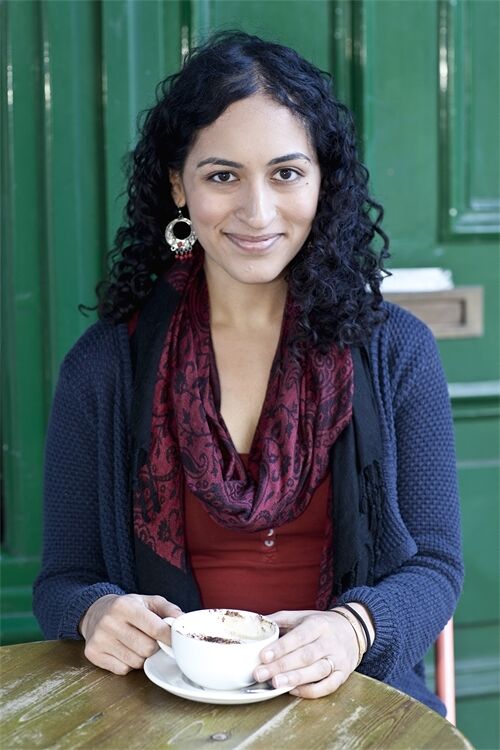 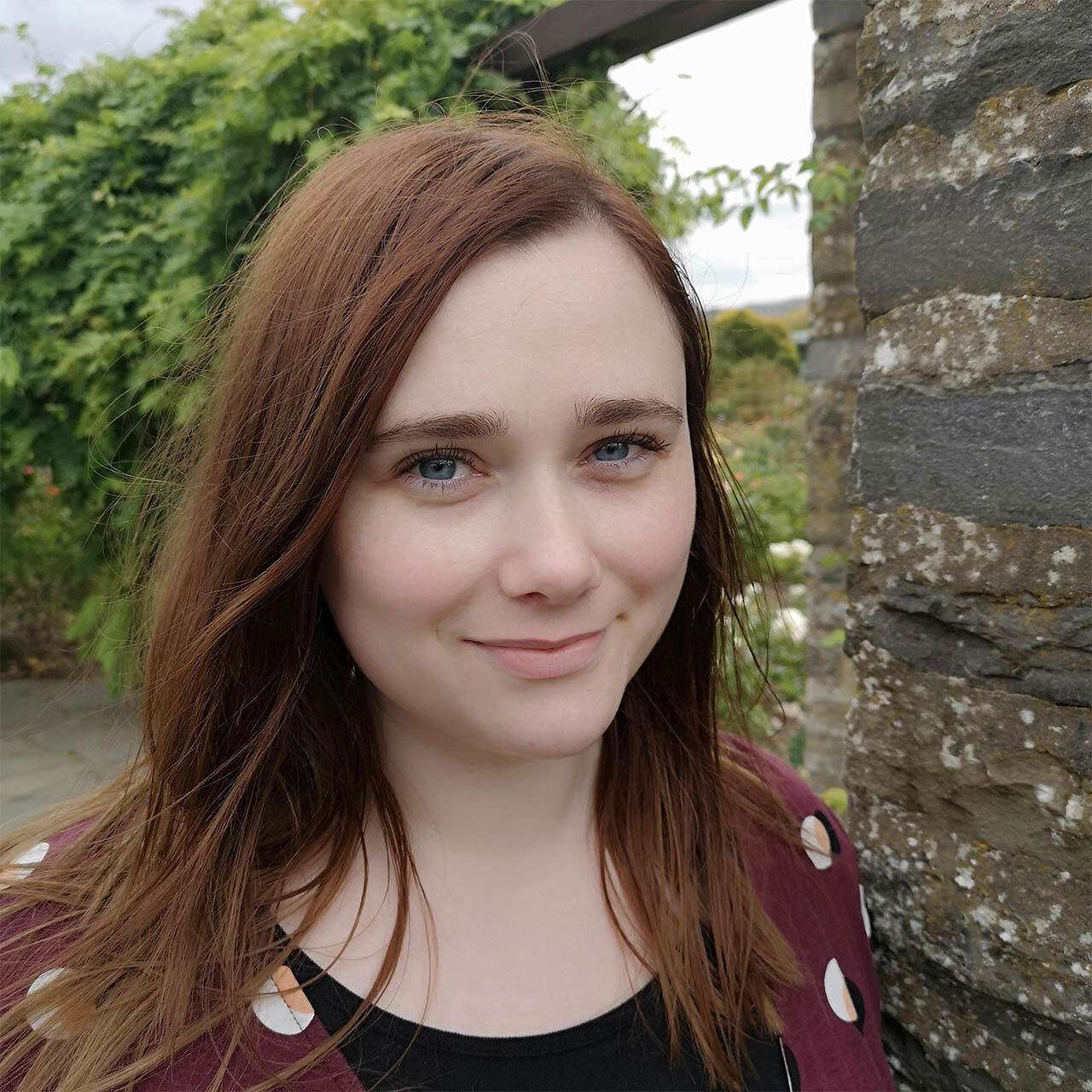 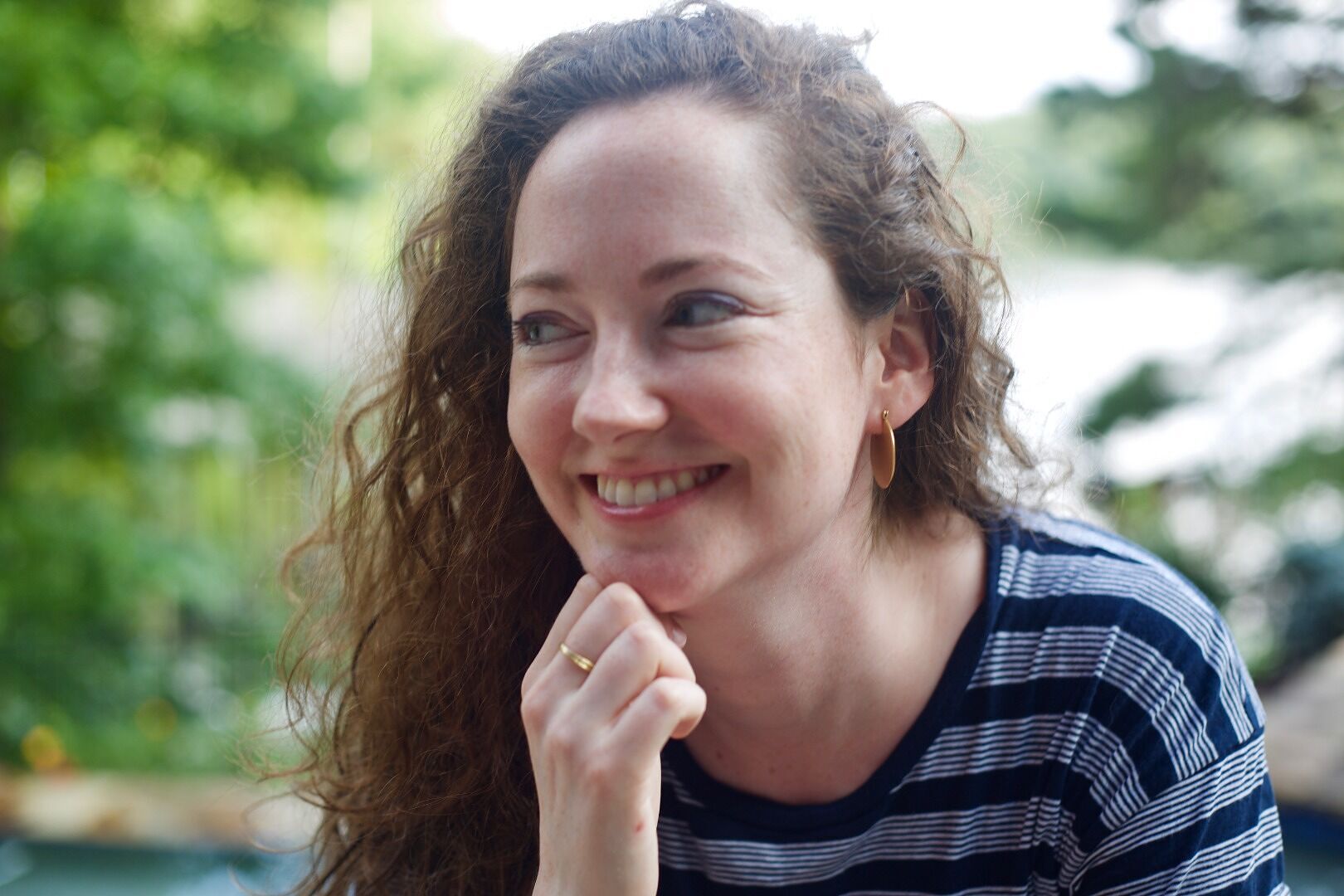 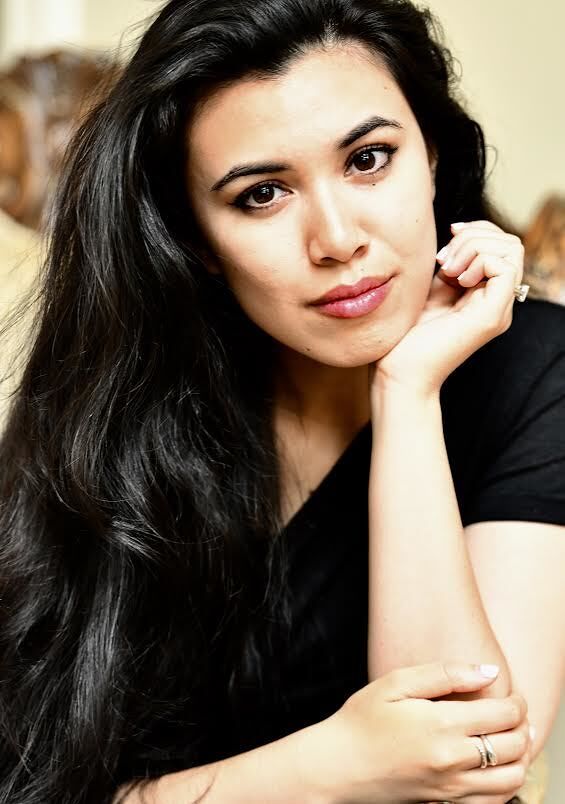 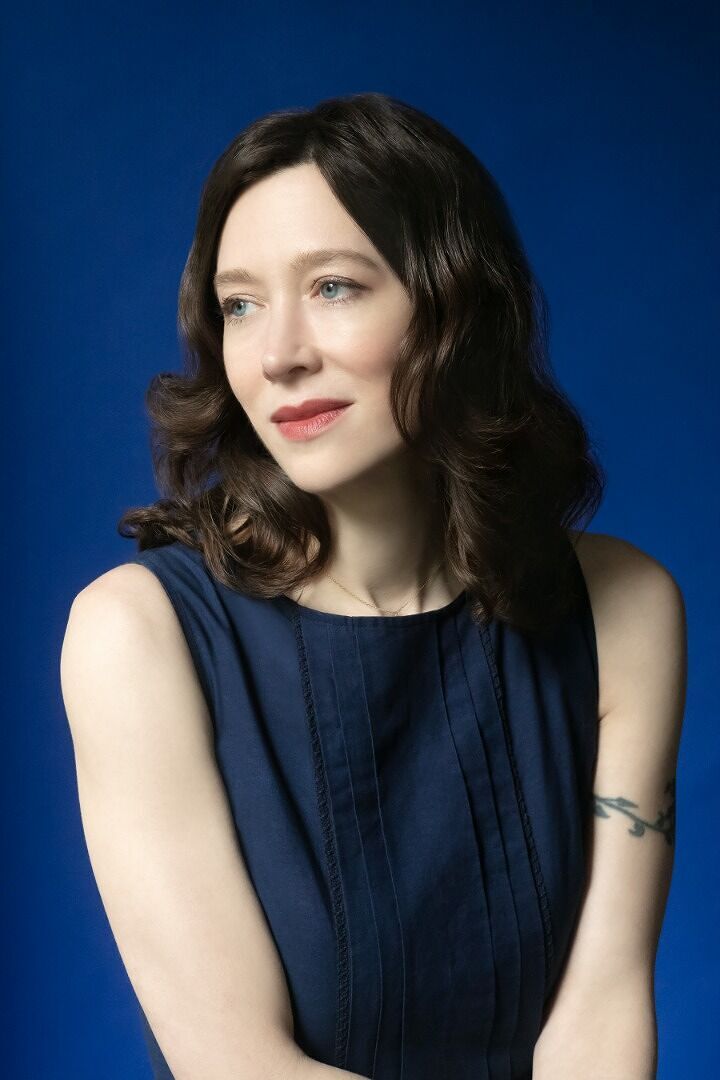 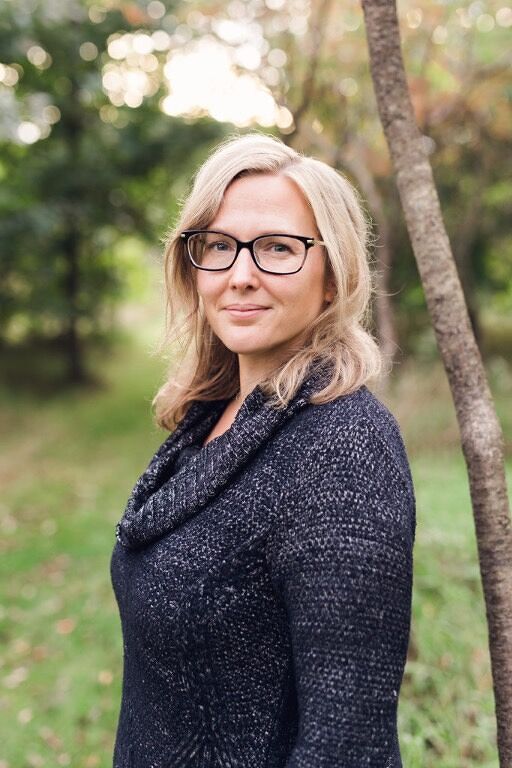 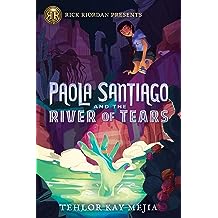 Paola Santiago and the River of Tears 4 Aug, 2020
by Tehlor Kay Mejia
( 513 )
₹ 580.45 ₹ 1,459.92
You Save: ₹ 879.47(60%)
Space-obsessed 12-year-old Paola Santiago and her two best friends, Emma and Dante, know the rule: Stay away from the river. It's all they've heard since a schoolmate of theirs drowned a year ago. Pao is embarrassed to admit that she has been told to stay away for even longer than that, because her mother is constantly warning her about La Llorona, the wailing ghost woman who wanders the banks of the Gila at night, looking for young people to drag into its murky depths.Hating her mother's humiliating superstitions and knowing that she and her friends would never venture into the water, Pao organizes a meet-up to test out her new telescope near the Gila, since it's the best stargazing spot. But when Emma never arrives and Pao sees a shadowy figure in the reeds, it seems like maybe her mom was right. . . .Pao has always relied on hard science to make sense of the world, but to find her friend she will have to enter the world of her nightmares, which includes unnatural mist, mind-bending monsters, and relentless spirits controlled by a terrifying force that defies both logic and legend.
Read more
Other Formats: Hardcover , Paperback
inclusive of all taxes 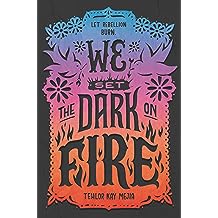 “We Set the Dark on Fire burns bright. It will light the way for a new generation of rebels and lovers.” —NPR

In this daring and romantic fantasy debut perfect for fans of The Handmaid’s Tale and Latinx authors Zoraida Córdova and Anna-Marie McLemore, society wife-in-training Dani has a great awakening after being recruited by rebel spies and falling for her biggest rival.

At the Medio School for Girls, distinguished young women are trained for one of two roles in their polarized society. Depending on her specialization, a graduate will one day run a husband’s household or raise his children. Both paths promise a life of comfort and luxury, far from the frequent political uprisings of the lower class.

Daniela Vargas is the school’s top student, but her pedigree is a lie. She must keep the truth hidden or be sent back to the fringes of society.

And school couldn’t prepare her for the difficult choices she must make after graduation, especially when she is asked to spy for a resistance group desperately fighting to bring equality to Medio.

Will Dani cling to the privilege her parents fought to win for her, or will she give up everything she’s strived for in pursuit of a free Medio—and a chance at a forbidden love? 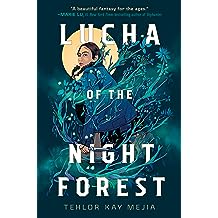 Lucha of the Night Forest 21 Mar, 2023
by Tehlor Kay Mejia
₹ 616.96
An edge-of-your-seat fantasy about a girl who will do anything to protect her sister—even if it means striking a dangerous bargain. Dark forces, forgotten magic, and a heart-stopping queer romance make this young adult novel a must-read.

A scorned god.
A mysterious acolyte.
A forgetting drug.
A dangerous forest.

One girl caught between the freedom she always wanted and a sister she can't bear to leave behind.

Under the cover of the Night Forest, will Lucha be able to step into her own power...or will she be consumed by it?

This gorgeous and fast-paced fantasy novel from acclaimed author Tehlor Kay Mejia is brimming with adventure, peril, romance, and family bonds—and asks what it means for a teen girl to become fully herself.
Read more
Other Formats: Hardcover
See purchase options 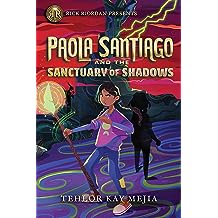 Paola Santiago and the Sanctuary of Shadows 2 Aug, 2022
by Tehlor Kay Mejia
( 52 )
₹ 1,209.48 ₹ 1,459.92
You Save: ₹ 250.44(17%)
Paola Santiago has recently returned from Oregon, where she defeated the Hitchhiker ghost, saved her father from the vengeful spirit that was possessing him, and learned that she is the granddaughter of La Llorona. The poor girl deserves a rest! But first she has to rescue Dante from the void, where he's been imprisoned by some unknown force. Even though Dante has turned against Pao, she can't just leave him there--they've been friends for too long. Paola's prophetic dreams seem to have dried up, so she has to rely on one of her father's inventions to find a new rift where she can enter the void. His machine pinpoints a magical convergence in San Antonio,Texas--but how is she going to get there from New Mexico? It just so happens that Emma's new group of politically active friends, the Rainbow Rogues, are planning a bus trip to New Orleans, which will take them through Texas. It's the perfect ruse for Paola, if she can stand being with the judgmental girls for that long. . . . With scientific assistance from her father, training from the Ninos de la Luz, and the emotional support of her best friend Emma, Pao makes it into the void. Once there she must face down not just one but two enemies: El Cucuy, the bogeyman . . . and someone even scarier who looks a lot like Pao herself.
Read more
Other Formats: Audible Audiobook , Hardcover
inclusive of all taxes 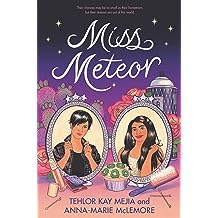 A gorgeous and magical collaboration between two critically acclaimed, powerhouse YA authors offers a richly imagined underdog story perfect for fans of Dumplin’ and Aristotle and Dante Discover the Secrets of the Universe.

There hasn’t been a winner of the Miss Meteor beauty pageant who looks like Lita Perez or Chicky Quintanilla in all its history.

But that’s not the only reason Lita wants to enter the contest, or her ex-best friend Chicky wants to help her. The road to becoming Miss Meteor isn’t about being perfect; it’s about sharing who you are with the world—and loving the parts of yourself no one else understands.

So to pull off the unlikeliest underdog story in pageant history, Lita and Chicky are going to have to forget the past and imagine a future where girls like them are more than enough—they are everything. 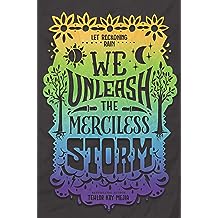 In this nail-biting sequel to Tehlor Kay Mejia’s critically acclaimed fantasy novel We Set the Dark on Fire, La Voz operative Carmen is forced to choose between the girl she loves and the success of the rebellion she’s devoted her life to. Perfect for fans of The Handmaid’s Tale and Anna-Marie McLemore.

Being a part of the resistance group La Voz is an act of devotion and desperation. On the other side of Medio’s border wall, the oppressed class fights for freedom and liberty, sacrificing what little they have to become defenders of the cause.

Carmen Santos is one of La Voz’s best soldiers. She spent years undercover, but now, with her identity exposed and the island on the brink of a civil war, Carmen returns to the only real home she’s ever known: La Voz’s headquarters.

There she must reckon with her beloved leader, who is under the influence of an aggressive new recruit, and with the devastating news that her true love might be the target of an assassination plot. Will Carmen break with her community and save the girl who stole her heart—or fully embrace the ruthless rebel she was always meant to be?