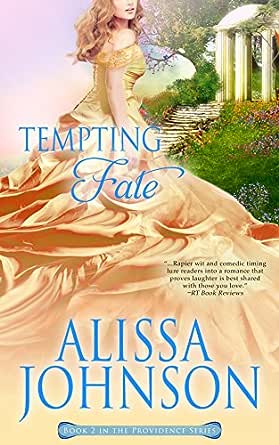 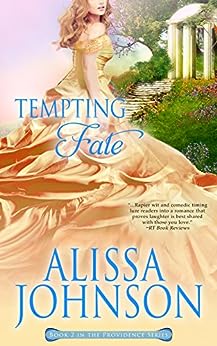 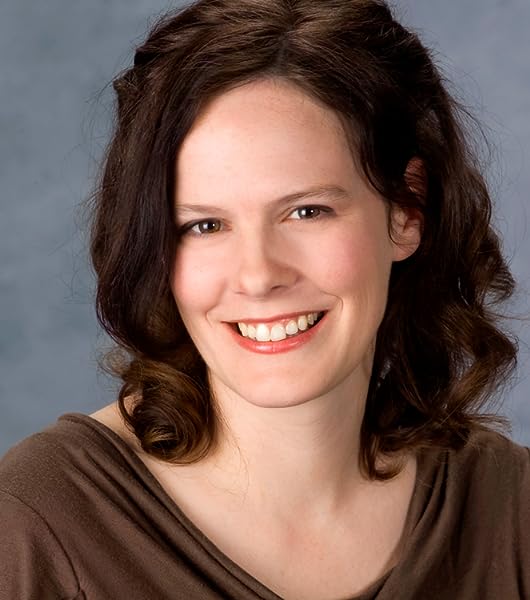 "Johnson follows her joyous debut witha delightful spin-off. Her rapier wit and comedic timing lure readers into a romance that proves laughter is best shared with those you love." ---RT Book Reviews

The feud between them has scandalized the ton for years.

Whittaker Cole, Earl of Thurston, is every debutante’s dream come true. Handsome, rich, and a prime catch on the Marriage Mart, Whit is also reputed to be one of the most unflappable gentlemen in all England. Nothing ever puts him in a temper. Until…

He comes within twenty feet of Miss Mirabelle Browning and loses all control. The women in the household believe divine providence sent Mira to live on the estate adjoining theirs. After the hellion breaks his nose, Whit decides that the divine has nothing to do with it. Until…

He kisses her. After all, it was either that, or wring her neck. But when sparks fly, he’s forced to admit that there might be something to this destiny thing after all. If he can just convince Mirabelle to give fate—and love—a chance.

". . .Rapier wit and comedic timing lure readers into a romance that proves laughter is best shared with those you love." —RT Book Reviews

"The characters of Whit and Mira are what drive this story, and they are delightful. Whit is just the right mix of aristocratic power and quick witted intelligence with an added mix of wonderful concern for those in his care. Mira is brave and intelligent with a strong self image despite her horrible circumstances of birth. It was hard not to root for them to find love together." —Goodreads

Praise for As Luck Would Have It

Praise for the Haversons Series

"With wit and whimsy, Johnson crafts tales filled with charming, original characters, captivating readers seeking the unusual, the imperfect, and the most endearing heroines since Jill Barnett." —RT BOOKreviews

"I plan on revisiting this story for years to come." —All About Romance

FARIMADS
5.0 out of 5 stars fun characters
23 June 2019
Format: Kindle EditionVerified Purchase
I actually read this book first and then went on to read the other books in the series. Fun characters with heroines having a mind.Sparkling interludes
Read more
Helpful
Comment Report abuse

Kindle Customer
5.0 out of 5 stars Great Read.
23 January 2020
Format: Kindle EditionVerified Purchase
I really enjoyed reading this book.
Enjoyed the characters and the style of writing.
Thank you.
Looking forward to reading your other books

sen
5.0 out of 5 stars Tempting Fate
7 August 2019
Format: Kindle EditionVerified Purchase
Nice and sweet story where a lot of characters play their diffrrent role in bringing two people together and a bit mystery as well. Loved it
Read more
Helpful
Comment Report abuse
There are 3 customer reviews and 4 customer ratings.
See all 3 customer reviews
Write a product review

Karen Talley
3.0 out of 5 stars Yawn!
2 June 2019 - Published on Amazon.com
Format: Kindle EditionVerified Purchase
This book was actually a 5 star read for me until 60%. Whit, the Earl of Cole and Mirabelle Browning had practically grown up together. And anyone who had spent any time around them, knew that they couldn't be in the same room without an argument happening. Whit's mother forced him to declare a truce with Mirabelle and they discover that they actually had liked each other more than they had wanted to admit. I liked the cute, scrappy interactions between the two and enjoyed the slowly developing romance. Then, a silly subplot comes out of nowhere (and really GOES nowhere) and things take a downward turn for me. The ending is completely silly and to think that the Head of England's War Department would be involved in something this stupid is beyond comprehension. I skipped over a lot of the last 40% of the book because it was so mind-numbing. I definitely will not be reading more of this series.
Read more
22 people found this helpful

Mary W. Matthews
5.0 out of 5 stars Each book is better than the last
12 May 2019 - Published on Amazon.com
Format: Kindle EditionVerified Purchase
This is my fifth Alissa Johnson novel, and I continue to be impressed on how well-rounded her characters are. Each one is unique, from the heroine and hero to the lowliest housemate. And once again I learned something new -- that bicycles, aka pedestrian curricles, were once called dandy horses.

I enjoy how AJ's characters come back in succeeding novels, each time gaining a little richness in her or his characterization -- something the sainted Georgette did rarely and not as well.

This may be my favorite AJ novel yet. The heroine is not beautiful -- except where she should be, in the hero's eyes. They are both elderly by Recency standards. Their father's were both shameful. Their give-and-take is worthy of Kate and Petrucchio. (Google Ngram Viewer says that "cretin" came in being at roughly the same time as Mira and Alex did, but that its use was rare until the 20th century. So, okay, Mira was a visionary.)

Having read the first novel in this series, I was prepared for the implausible parts of the plot to be explained at the end. They were, quite satisfyingly. I hope that in a future AJ novel, William Fletcher gets his own HEA.

dncall
4.0 out of 5 stars Fun fun story
26 May 2019 - Published on Amazon.com
Format: Kindle EditionVerified Purchase
Whit and Mirabelle have been fighting since they met. This book is the enemies to lovers trope with a wonderful suspenseful mystery, too! I enjoyed watching their eyes open, and seeing the matchmakers at work.

Stand alone HEA, with hints of a previous book and of further books to come.

Kindle Customer
3.0 out of 5 stars Disappointing
5 June 2019 - Published on Amazon.com
Format: Kindle EditionVerified Purchase
This ended satisfactorily, but I almost put it down numerous times during the first half because I was thoroughly confused about the characters and their relations to each other. I also found it very slow, and the basic premise, which appears to be tge thread holding this series together, seems stupid to me. And a couple of picky things: the large number of Scandinavian family names (Hanson and Lindberg for two) didn't fit, and the pronoun "us" rather than "we" should be used in the object of a sentence. Sorry, Alissa, you have done better.
Read more
5 people found this helpful
Go to Amazon.com to see all 224 reviews 4.5 out of 5 stars
click to open popover
Unlimited FREE fast delivery, video streaming & more
Prime members enjoy unlimited free, fast delivery on eligible items, video streaming, ad-free music, exclusive access to deals & more.
> Get started
Back to top
Get to Know Us
Connect with Us
Make Money with Us
Let Us Help You
EnglishChoose a language for shopping.
© 1996-2020, Amazon.com, Inc. or its affiliates