<![endif]--> Skip to main content
Thea Stilton Graphic Novels #2: Revenge of the Lizard Club and over 2 million other books are available for Amazon Kindle . Learn more
Share
Have one to sell?
Sell on Amazon 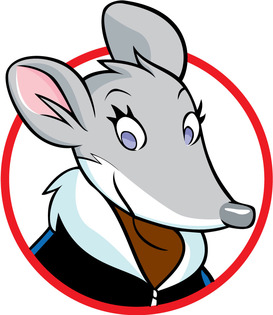 Elisabetta Dami, writing under the pen names of Thea Stilton and Geronimo Stilton, is an Italian author best known for her Stilton series of children's books. While her primary work is in Italian, most of her important works have been translated to English. She co-owns Edizioni Piemme, an Italian Publishing house.

Start reading Thea Stilton Graphic Novels #2: Revenge of the Lizard Club on your Kindle in under a minute.

4.4 out of 5 stars
4.4 out of 5
23 global customer ratings
How does Amazon calculate star ratings?
Amazon calculates a product's star ratings based on a machine learned model instead of a raw data average. The model takes into account factors including the age of a rating, whether the ratings are from verified purchasers and factors that establish reviewer trustworthiness.

Prashant Singh
5.0 out of 5 stars very good book
Reviewed in India on 19 March 2020
excellllllllent keeeep making these type of books.....
I liked it very much thats why I gave it 5 stars because its very intersting it was in a good condition the pages were clear to read

Nadia Reynolds
5.0 out of 5 stars I really liked how there was a bit of romance in it ...
Reviewed in Australia on 26 July 2015
Verified Purchase
I really liked how there was a bit of romance in it I think that I would love to see Thea write a secret love book with Shen and pam falling for each other and then Colette decides Shen needs a makeover meanwhile Paulina and Nicky are trying to find Violet and professor van Kraken after they went missing that night on a tour of whale island to check up on the whale migration course but end up stuck on a small island that has not been found before by any of whale islanders and then find that it was new it was built illegally by a group of crooks trying to get a fake story for the newspaper company that Geronimo is in competition with.
PlZ make this your next book Thea and keep writing I am a big fan.❤️
Read more
Helpful
Sending feedback...
Thank you for your feedback.
Sorry, we failed to record your vote. Please try again
Report abuse

Kindle Customer
4.0 out of 5 stars A GOOD BOOK
Reviewed in Australia on 31 December 2013
Verified Purchase
It was a good book because it had two points of view, one of them is the thea sister's point of view and the other point of view is vanilla's point of view.
Read more
Helpful
Sending feedback...
Thank you for your feedback.
Sorry, we failed to record your vote. Please try again
Report abuse

JordanEShih
5.0 out of 5 stars This was a great deal on the book
Reviewed in Canada on 2 June 2014
Verified Purchase
really good at night
you will have a great time reading this book
and if you find a great book
Read more
Helpful
Sending feedback...
Thank you for your feedback.
Sorry, we failed to record your vote. Please try again
Report abuse
See all reviews
Unlimited FREE fast delivery, video streaming & more
Prime members enjoy unlimited free, fast delivery on eligible items, video streaming, ad-free music, exclusive access to deals & more.
> Get started
Back to top
Get to Know Us
Connect with Us
Make Money with Us
Let Us Help You
EnglishChoose a language for shopping.
© 1996-2020, Amazon.com, Inc. or its affiliates