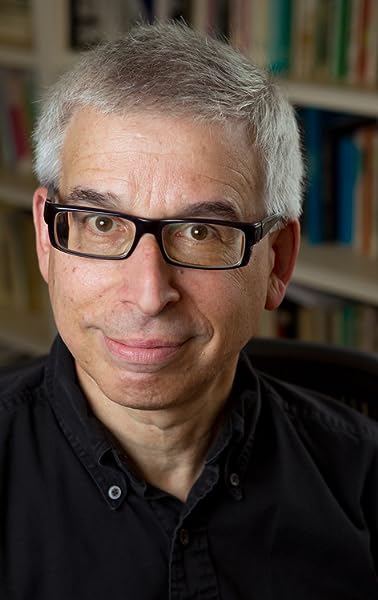 Bank Offer (2): 10% Instant Discount up to INR 1250 on SBI Credit Card Non-EMI Transactions. Minimum purchase of INR 5000 See All
No Cost EMI: Avail No Cost EMI on select cards for orders above ₹3000 Details
Partner Offers: Get GST invoice and save up to 28% on business purchases. Sign up for free Details
See 1 more
10 Days Replacement Only
Amazon Delivered
No-Contact Delivery

In The Theorist's Mother one of our subtlest literary theorists turns his attention to traces of the maternal in the lives and works of canonical male critical theorists. Noting how the mother is made to disappear both as the object of theory and as its subject, Andrew Parker focuses primarily on the legacies of Marx and Freud, who uniquely constrain their would-be heirs to "return to the origin" of each founding figure's texts. Analyzing the effects of these constraints in the work of Lukács, Lacan, and Derrida, among others, Parker suggests that the injunction to return transforms the history of theory into a form of genealogy, meaning that the mother must somehow be involved in this process, even if, as in Marxism, she seems wholly absent, or if her contributions are discounted, as in psychoanalysis. Far from being marginalized, the mother shows herself throughout this book to be inherently multiple and therefore never simply who or what theory may want her to be. In a provocative coda, Parker considers how theory’s mother troubles will be affected retroactively by scientific advances that make it impossible to presume the mother's gender.
Read more
Previous page
Next page

“I found Parker’s readings of Marx and Freud enjoyable and pleasingly intricate. . . . [T]his book is stimulating and provocative, and is well worth reading for all those interested in the relation between philosophy and maternity.”

“In the last chapter of The Theorist’s Mother, "Translating Revolution: Freud, Marx, and the Mameloshn," all of the threads of Andy’s book come together in a breathtakingly original reading…. [His] book is committed to asking a set of probing questions about how mothers disturb the very possibility of establishing any clear philosophical or critical distinctions at all.” - Elissa Marder, Los Angeles Review of Books

"Andrew Parker is one of the major literary theorists and critics of his generation, and The Theorist's Mother is a tremendous accomplishment, a keen and unprecedented argument about how the maternal appears, or fails to appear, within the archives of theory. In his extraordinarily careful readings of Lacan, Lukács, Marx, and Freud, Parker's point is not to reiterate that the maternal is repressed, foreclosed, or displaced, but to show how this structural loss comes to form and disturb the theory. His book is a tour de force, a rich, erudite, and original work by a rare and capacious intellectual."―Judith Butler, Maxine Elliot Professor, University of California, Berkeley

"Andrew Parker leads us from Derrida imagining his granddaughter as that philosopher he'd like to have had as his mother to Barthes becoming his mother's mother. Along the way, we revisit the hated mothers of Nietzsche and Marx, the psychosomatic body of Parker's own mother, Pontalis's droll image of the mother we spend a lifetime trying to change because we cannot change our mothers, and the originally ersatz mother. The mother becomes a figure of impossible origin: lacking original meaning, plural, split. As we move from the problem of reproducibility in Marxism and psychoanalysis, through translatability and the problematics of the mother tongue, ending with the pregnancy of Thomas Beatie, the figure of the literal mother has long since collapsed, the mother has never been natural, teleological, or original―the mother we meet with Andrew Parker is queered and invigoratingly plastic."―Penelope Deutscher, author of The Philosophy of Simone de Beauvoir: Ambiguity, Conversion, Resistance

"This fascinating and beautifully written book does for maternity what a good deal of theory, starting with Freud, has done for paternity. Andrew Parker shows that many members of the 'male theory canon' have developed strategies to make the mother disappear. He investigates the role of mothers in philosophers' lives and the treatment of mothers in their thought, shrewdly circling around issues of the maternal, the relation of biographical experience to theoretical articulation, and the nature and functioning of authority."―Jonathan Culler, author of The Literary in Theory

“In the last chapter of The Theorist’s Mother, "Translating Revolution: Freud, Marx, and the Mameloshn," all of the threads of Andy’s book come together in a breathtakingly original reading…. [His] book is committed to asking a set of probing questions about how mothers disturb the very possibility of establishing any clear philosophical or critical distinctions at all.” ― Los Angeles Review of Books

Andrew Parker is Professor of English at Amherst College. He is the editor and co-translator of Jacques Ranciere’s The Philosopher and His Poor and a co-editor of After Sex? On Writing since Queer Theory, both also published by Duke University Press.

Start reading The Theorist's Mother on your Kindle in under a minute.