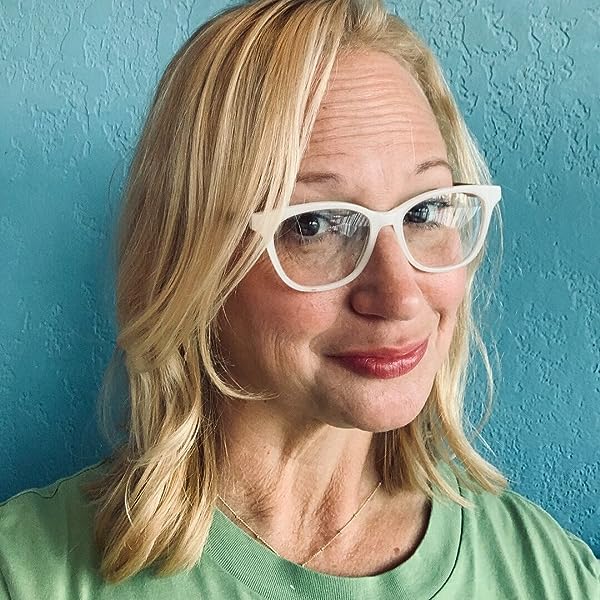 "Believe in the unexpected" with this hilarious, heartwarming, and acclaimed sequel to the New York Times bestseller The Fourteenth Goldfish!Ellie's grandpa Melvin is a world-renowned scientist . . . in the body of a fourteen-year-old boy. His feet stink, and he eats everything in the refrigerator--and Ellie is so happy to have him around. Grandpa may not exactly fit in at middle school, but he certainly keeps things interesting. When he and Ellie team up for the county science fair, no one realizes just how groundbreaking their experiment will be. The formula for eternal youth may be within their reach! And when Ellie's cat, Jonas Salk, gets sick, the stakes become even higher. But is the key to eternal life really the key to happiness? Sometimes even the most careful experiments yield unexpected--and wonderful--results.
Read more
Previous page
Next page

Jennifer L. Holm is a New York Times bestselling children's author and the recipient of three Newbery Honors for her novels Our Only May Amelia, Penny From Heaven, and Turtle in Paradise. Jennifer collaborates with her brother, Matthew Holm, on two graphic novel series—the Eisner Award-winning Babymouse series and the bestselling Squish series. She lives in California with her husband and two children.

Maybe it’s because I’m an only child, but my parents have always been a little obsessed with my eating. They insist that I try everything on my plate. That I eat what they eat. No chicken tenders off the kids’ menu for me. If they have calamari or chicken livers, that’s what I have to eat, too.

And the truth is: I’m a pretty good eater. Growing up in the Bay Area, you get to try a lot of different kinds of cuisine. I’ve had Indian, Burmese, Mexican, Chinese, Peruvian, Vietnamese, you name it. I even like the raw-fish kind of sushi.

My parents agree that I’ve never been really picky except when it comes to one thing.

The first time I tried a mushroom I was in kindergarten. My parents are divorced, but they’ve always stayed good friends, and we have family dinner once a week.

We were at a favorite Italian restaurant and my mother had ordered a pasta dish for the table--ravioli. I loved pasta of all kinds, so I was happy.

Then I took a bite.

To my horror, instead of creamy cheese being in the cute pasta pocket, there were weird brown chunks. It tasted awful. Like dirt.

I shook my head. I definitely did not like it.

My parents seemed a little disappointed.

The second time I tried a mushroom, it was at a Chinese restaurant. We’d gone to see a play and it was late and I was really hungry. My parents talked me into ordering a chicken-and-mushroom dish.

Try new things, they told me.

But this time the mushroom had a horrible texture: rubbery and slimy. What was the deal with mushrooms, anyway? Why were they so gross?

I didn’t starve (I ate the plain rice and fortune cookies), but I was annoyed. At the mushrooms. And at myself for trying them again.

Then and there I resolved never to eat a mushroom again.

That’s when the Mushroom War started.

Because my parents took it as a personal challenge that I didn’t like mushrooms. They started putting them in everything. They put mushrooms in stir-fry and lasagna and salad. I guess they figured I’d cave and eat them.

But there was no way I was making that mistake again.

Eventually, my parents gave up and I won the Mushroom War. They moved on to brussels sprouts, which didn’t deserve such a bad rap, in my opinion.

As the years went by, they would occasionally serve me something with mushrooms. And every single time, I picked them out and left them in a neat pile on the side of my plate.

At least no one could say I didn’t have good table manners.

My mom and I like to watch courtroom dramas on TV. She says they’re great character studies. She loves the scenes with lawyers arguing, especially when they shout “Objection!” My mom’s a high school theater teacher, so she’s a fan of anything dramatic.

While the lawyers are interesting, my heart’s been with the criminals lately. Because I know just how they feel. Middle school is like jail: the food is terrible, you’re forced to exercise, and it’s the same boring routine every day. Mostly it’s the buildings that make you feel like a prisoner. There’s no color, no style, and everything smells like dirty socks.

The only exceptions are the science classrooms. They redid the labs over the summer, and now they look like the Hollywood version of a high-tech lab. But my science teacher, Mr. Ham, doesn’t look anything like a Hollywood scientist. He’s young and likes to wear loud, silly ties instead of a lab coat. This is the second year in a row I’ve had him, because he moved up a grade.

“We’ll be hosting the county science fair this spring,” he announces. “I’d encourage you all to enter. You’ll earn extra credit. It’s also fine if you want to buddy up with another student and enter as a team.”

Even though I’ve already got a good grade in class, I’m tempted because of my grandfather. I know he’d want me to enter: he’s a scientist.

I haven’t seen my grandpa Melvin in over a year. He’s been traveling across the country, visiting places by bus, on an extended vacation. I miss everything about him. His old-man fashion style of wearing black socks. How he always orders moo goo gai pan at Chinese restaurants and steals the packets of soy sauce. Most of all, I miss talking to him. He’s bossy and opinionated and thinks he’s smarter than everyone else because he has two PhDs.

And maybe he is.

When the last bell of the day rings, everyone rushes out of the classrooms like criminals being released.

I spot Raj waiting for me by my locker; he’s hard to miss. He’s tall and lean and towers over most other kids. But that’s not the only reason he stands out. Raj has the whole goth thing going on: he’s got piercings and is dressed entirely in black, right down to his weathered Doc Martens. Even his thick hair is black. Well, except for the long blue streak in the front. It’s striking and makes him look like a wizard.

“So, you decided not to go for it, huh?” he asks, studying my hair.

It was my idea in the first place. I wanted a change of some kind. To maybe stand out. Look a little different. My hair is pretty boring, so I thought I would dye it. My mom was all for it. She’s always dyeing her hair crazy colors and makes it look easy.

Still, I was nervous. It seemed like a big step.

Raj suggested I just get a streak in my hair. He said he’d do it, too. A buddy thing.

We endlessly debated colors. He liked the idea of red. I liked pink. We were both against green (it only looks good on leprechauns). Finally, we settled on blue.

But when I went to the hair salon this past weekend to get mine done, I panicked. What if it was a mistake? What if I looked terrible with a blue streak? Like a blue skunk?

In the end, I got my hair cut same as always (one inch) and no streak.

Because he’s my best friend. I know his locker combination and he knows mine.

We didn’t start out being best friends. But over the last year, it just kind of happened. My mom says having a best friend is like learning to speak a foreign language. You stumble around for the right words, and then one day it clicks and you understand everything.

“I’ve got a chess meet next week,” Raj says. “I was wondering if you wanted to come? It’s here at the school.”

“Sure!” I say. I’ve never been to a chess match before.

I watch as he disappears into the crowd.

Jennifer L. Holm is the NEW YORK TIMES-bestselling children's author of THE LION OF MARS and THE FOURTEENTH GOLDFISH. She is the recipient of three Newbery Honors for her novels OUR ONLY MAY AMELIA, PENNY FROM HEAVEN, and TURTLE IN PARADISE and a Scott O'Dell Award for her novel FULL OF BEANS.

Jennifer collaborates with her brother, Matthew Holm, on two graphic novel series -- the Eisner Award-winning Babymouse series which has more than 3.4 million books in print (!) and the bestselling Squish series. SQUISH is now an animated tv series on HBO MAX!

4.8 out of 5 stars
4.8 out of 5
296 global ratings
How are ratings calculated?
To calculate the overall star rating and percentage breakdown by star, we don’t use a simple average. Instead, our system considers things like how recent a review is and if the reviewer bought the item on Amazon. It also analyses reviews to verify trustworthiness.

L.MOZ
5.0 out of 5 stars Son couldn’t put the book down
Reviewed in the United States 🇺🇸 on 19 July 2020
Verified Purchase
My 10 yo son loves this authors books. He really enjoyed this sequel (read it in 1-2 days and couldn’t put it down) but preferred the 14th goldfish a little more. Apart from David Wallams and Alan Gratz, this is my sons favorite author to read. Thank you for making SIP bearable!
Read more
One person found this helpful
Report abuse

bookworm
5.0 out of 5 stars It was great
Reviewed in the United States 🇺🇸 on 10 October 2018
Verified Purchase
We read this book as a family read aloud and we would highly recommend it to everyone that wants a book that is funny and touching at the same time. P.S. If you have not already read the 14th goldfish you should read that first. 🍄🍄🍄
Read more
4 people found this helpful
Report abuse

Yana
5.0 out of 5 stars Good story
Reviewed in the United States 🇺🇸 on 7 May 2021
Verified Purchase
Amazing book, my boys loved it.
Read more
One person found this helpful
Report abuse

W. Kent
5.0 out of 5 stars Great book for young man
Reviewed in the United States 🇺🇸 on 30 July 2019
Verified Purchase
My son 8 loved this book. He read it over the Summer and could not wait to find more from this author. Well done considering its hard to get kids to read now.
Read more
One person found this helpful
Report abuse
See all reviews