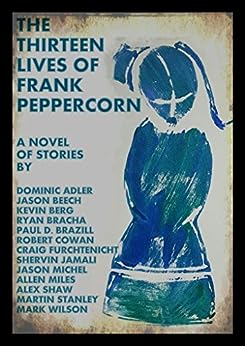 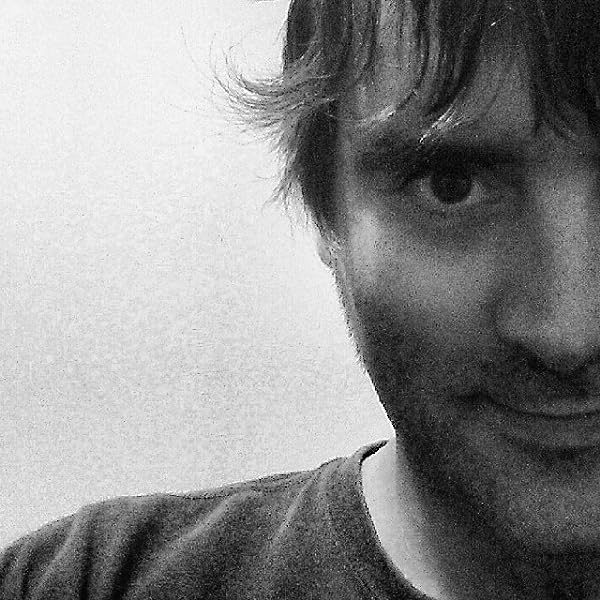 4.3 out of 5 stars
4.3 out of 5
5 global ratings
How are ratings calculated?
To calculate the overall star rating and percentage breakdown by star, we don’t use a simple average. Instead, our system considers things like how recent a review is and if the reviewer bought the item on Amazon. It also analyses reviews to verify trustworthiness.
Top reviews

Neil C
4.0 out of 5 stars An unusual anthology worth reading, and buying, as all proceeds are being donated to dementia charities.
Reviewed in the United Kingdom on 26 June 2017
Verified Purchase
This is a pretty ambitious anthology project. Taking the theme of snapshots from the life of Frank Peppercorn on the day of his funeral we meet his wife Elizabeth (Betty). She only knew Frank for the last ten years of his life, and the Frank she knew and loved was not the man the strangers who turn up to her funeral remember. As each of these 13 strangers recount how they knew Frank, Betty learns the secrets of her husband’s life.

So, what was I expecting from this anthology? Certainly, not what I got. I’d describe this as a series of noir crime stories, sometimes brutal, as Frank becomes, amongst others, drug dealer, enforcer, Nazi hunter and private investigator. They don’t all work, but this is an anthology of shorts wrapped around a running theme of the funeral and wake, so it would be an unusual anthology where every story matched the other. The best are dark explorations of the human psyche; PTSD; Marital abuse; Obsession. But all add different layers to the life of Frank Peppercorn. And then there’s Betty and how she copes with the revelations about her husband and the friends who compete to be chief mourner.

An unusual anthology worth reading, and buying, as all proceeds are being donated to dementia charities.
Read more
One person found this helpful
Report abuse

Electronicsoulman
5.0 out of 5 stars Franktastic
Reviewed in the United Kingdom on 28 May 2017
Verified Purchase
Following on from his previous experiment(12 mad men)and getting his fellow indie authors to contribute to an idea submitted by mr bracha this novel unfolds the man behind the enigma that was frank peppercorn.a fantastic read by some of my favourite,and soon to be new favourite authors.
Read more
3 people found this helpful
Report abuse

G Walker
5.0 out of 5 stars Kept me hooked from the start
Reviewed in the United Kingdom on 1 February 2018
Verified Purchase
A very clever book with different stories from different authors very cleverly woven together.
Read more
One person found this helpful
Report abuse

Matt Cowper
3.0 out of 5 stars Peaks and Valleys
Reviewed in the United Kingdom on 21 June 2017
Verified Purchase
As many have noted, this was an ambitious project. Herding together thirteen authors, with their diverse styles, themes, and idiosyncrasies, and then trying to stitch together an understandable narrative? I expected this “novel of stories” to either be a home run or collapse from its own weight – but, as it turns out, it's neither excellent nor dreadful. Some of the stories are scorchers, some are ho-hum, others have flashes of brilliance but then take wrong turns.

Kevin Berg is the only writer I'm familiar with in the collection, and his entry is the rawest of the entire collection. Many of the themes he explored in “Indifference,” his debut novel, appear in “Pieces Forgotten” – maybe too many? Berg again uses the “damaged war vet” character, but this time the character has suffered from the War on Terror, not Vietnam. Nonetheless, still a good story, with an ending that isn't the hopeless one you expect.

The collection meanders along for a while, with the reader learning more and more about our deceased title character. Frank Peppercorn is not the Caspar Milquetoast his widow, Betty, conceives him to be – he has seemingly limitless facets, and is capable of both great cruelty as well as a rough sort of compassion.

Things pick up with “Franny the Tranny,” Robert Cowan's excellent story. Cowan could've shouted Frank's “tranny” rebellion at us from a bullhorn, but instead he has Frank calmly and matter-of-factly state his reasons, which makes it much more compelling. There's violence and death, but the story is still strangely quiet, with Frank's unruffled actions sitting in the center.

The next few entries are also excellent. Shervin Jamali's tale of “kingpin” Frank shows our protagonist (if you can call him that) at his murky best. Is he hero, anti-hero, or villain – or do none of these terms apply to him? Likely the last one.

Martin Stanley shows us the “roughly compassionate” Frank. Stanley has a steady hand, and his characters are well-drawn. Despite the battering the wife takes and Frank's not-so-saintly intervention, there's a quietness to the tale, like Cowan's “Franny the Tranny.” I guess it's the writing craft showing – Stanley is here to tell a solid story, not preach at us or throw cheap shocks our way.

Craig Furchtenicht's story is the most action-packed and wildest of the bunch. Crazed Amish mafia thugs with pitchforks? I think that's how it goes? Well, you can never have enough of those, can ya? This presents us with “secret agent,” or at least “collaborator” Frank. Furchtenicht also tosses in some social commentary on teenage pregnancies, commentary you won't hear on the nightly news. A small detail, but one that stuck with me.

Allen Miles follows up with a demented train-set collector. I've always wanted to write a story about a demented stamp collector, and this is the next closest thing. The man presents his delusions so earnestly that you start to believe model trains and the small worlds you can build around them are worth tossing your life away. How Frank shatters the man – literally and figuratively – is predictable, but that doesn't weaken the story.

Before I move on to the ending, I'll talk about Ryan Bracha, the man who's supposed to hold all this together. Does he succeed? Overall, no – and that's mainly because of the “novel's” structure. Betty Peppercorn, Frank's widow, sits passively while Frank's gallery of enemies and friends tells her their stories. After they're done, Betty's perspective returns, at which point she needs to do something, anything, to make up for being virtually absent from the story.

Bracha tries to get her moving and acting, but it's not enough. Mainly she repeats that she's glad to get another piece of Frank. Occasionally she gets angry. A few times she acts strong and forthright, but again, it's not enough the counteract her captivity. And that's what she is – a captive, as other people (and other writers) tell interesting stories that, except on very few occasions, don't involve her at all. Captive characters aren't engrossing.

Some of the writers try to involve Betty (“Don't look at me like that, Mrs. Peppercorn,” or something similar), but before long the pull of the narrative takes over, and she drifts away. By the end of the novel, I didn't know much about Betty, and I didn't care to know more. These writers have made her late husband so interesting that it's reduced her to a non-entity.

Finally, the last story, Mark Wilson's “Crafty Pig.” Seriously? After all this, and we have such an absurd plot device foisted on us? I'm not going to reveal what it is, but it's a cheap twist where no twist was needed. If I sound bitter, I am – this “novel” deserved a strong ending, not the head-scratching one we get.

Now, on to the formatting. Yes, we need to talk about this.

I've never seen a work of literature formatted like this. Usually writers indent at the beginning of a paragraph, yet in “Thirteen Lives” indentations are few and far between. The text is just stacked on top of itself. It's not a wall of text; the writers do press “enter,” they just don't press “tab.” It makes the reading difficult, especially when I'm reading dialogue.

Some writers use multiple line breaks to separate paragraphs (Berg does this in “Indifference,” but he also indents), which is fine – what isn't fine is to do nothing, and just stack and stack and stack the text. According to my notes, Martin Stanley's and Mark Wilson's entries are the only ones with correct formatting. I'd like to double-check this, but I can't, at least not easily – which brings me to my next point.

This book begs to be professionally formatted. (In the off chance it has been professionally formatted, the authors need to ask for a refund.) If I want to review a particular author's story, I can't just go to the table of contents or the Kindle's “Go To” function and click on a link, and be instantly whisked to where I need to be – I have to swipe through the file for who knows how long until I find the story I want.

In a standard novel, with one author, you could maybe get away without professional formatting. With this many authors, it's a necessity.

The text size did change at random times throughout the novel, which, again, could've been rectified by a formatter. Also, while many of the stories are flawlessly presented, several have far too many spelling and grammar errors.

That's a lot of discussion about the formatting. How much has it affected my rating? Say half a star. With a better ending, and a cleaner file, this is a four-star work. As it stands, three stars is as high as I can go.
Read more
2 people found this helpful
Report abuse
See all reviews