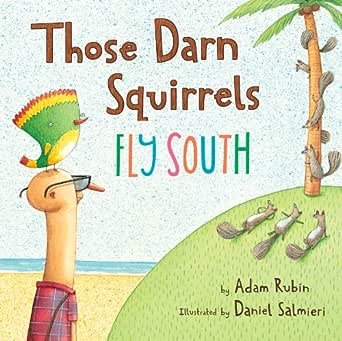 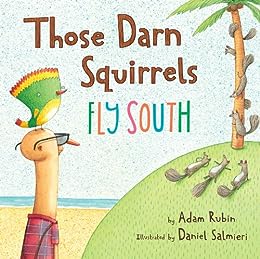 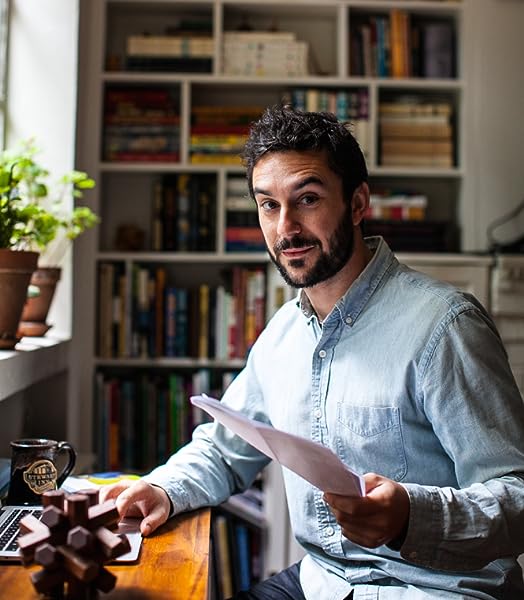 
Adam Rubin is the author of the New York Times Best Selling book Dragons Love Tacos and the critically-acclaimed Those Darn Squirrels trilogy. During the day Adam Rubin works as Creative Director at a fancy digital advertising agency in New York City. At night, Adam indulges his hobbies as a puzzle collector and magic trick aficionado.

READER BIO
Kirby Heyborne has received critical acclaim for his starring role in the award-winning World War II drama Saints and Soldiers. He has had starring roles in eight other features and two short films, and has also appeared on the WB's Everwood and many national commercials. He has garnered rave reviews for his narration for Books on Tape over the years and is considered one of the finest narrators working today.

ILLUSTRATOR BIO
Daniel Salmieri is an artist and illustrator from Brooklyn, New York. When he's not shooting art out of his hands, he travels the country in search of the perfect blintz.
--This text refers to the audioCD edition.

4.9 out of 5 stars
4.9 out of 5
428 global ratings
How are ratings calculated?
To calculate the overall star rating and percentage breakdown by star, we don’t use a simple average. Instead, our system considers things like how recent a review is and if the reviewer bought the item on Amazon. It also analyses reviews to verify trustworthiness.

Amazon Customer
5.0 out of 5 stars A great kid's book
Reviewed in Canada on 8 February 2019
Verified Purchase
The series of Those Darn Squirrels! is a delight! The newest installment in Those Darn Squirrels Fly South is no exception.
Read more
Report abuse

Jennyfer Leblanc
5.0 out of 5 stars Five Stars
Reviewed in Canada on 28 October 2017
Verified Purchase
These two Author and Illustrator are amazing!
Read more
Report abuse
See all reviews
click to open popover
Unlimited FREE fast delivery, video streaming & more
Prime members enjoy unlimited free, fast delivery on eligible items, video streaming, ad-free music, exclusive access to deals & more.
> Get started
Back to top
Get to Know Us
Connect with Us
Make Money with Us
Let Us Help You
EnglishChoose a language for shopping.
© 1996-2021, Amazon.com, Inc. or its affiliates