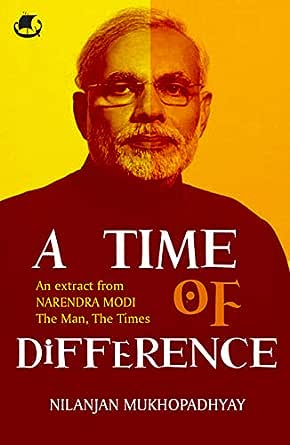 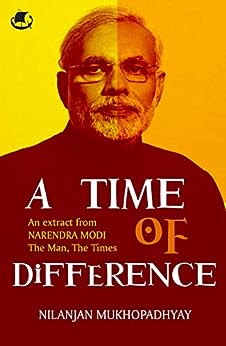 A Time of Difference Kindle Edition

It can be said without any trace of doubt that integral to the political career of Narendra Modi — that began effectively from the early 1970s was his relationship with the RSS. The organization gave him a sense of ‘belonging’ during his childhood and again after he chose to break free from the physical bondage of home and family. This phase in Modi’s life when he left home and lived virtually like an ascetic was a decisive chapter in his life during the formative years of his life. Read about it in A Time of Difference an extract from the book Narendra Modi: The Man, The Times.

Nilanjan Mukhopadhyay began his career in journalism in the early 1980s and is best known for his reportage on the rise of Hindu organisations and their politics. He writes columns for several newspapers and web portals, and is also a well-known face on Indian television news channels as a political commentator.

His other books include the best-selling RSS: Icons of the Indian Right and Sikhs: The Untold Agony of 1984. An unabashed college drop-out, Nilanjan lives with his family on the edge of the Indian capital.