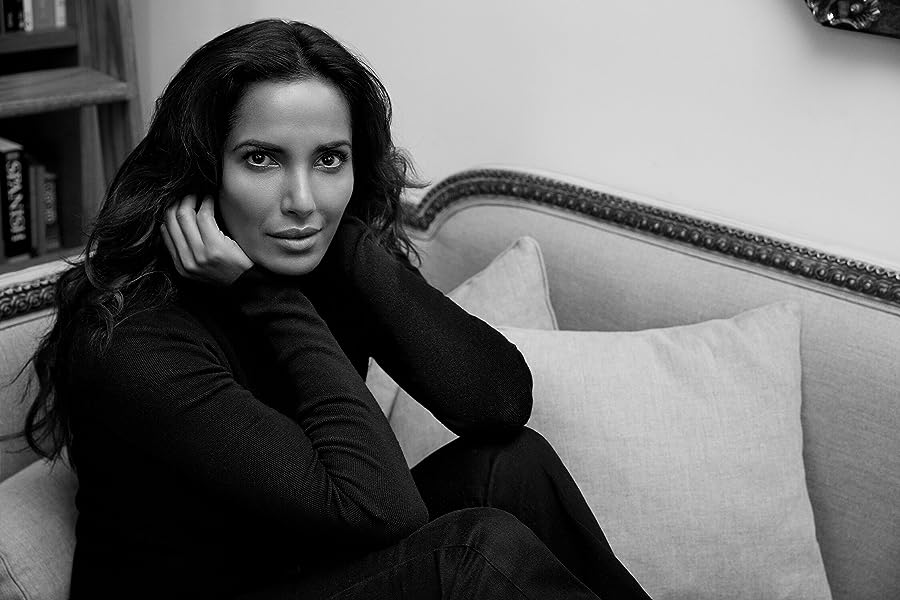 Bank Offer (12): 10% Instant Discount up to INR 1500 on IndusInd Bank Credit Card Transactions. Minimum purchase of INR 5000 See All
No Cost EMI: Avail No Cost EMI on select cards for orders above ₹3000 Details
Cashback: 10% back up to ₹100 on using Amazon Pay UPI to pay for your shopping transaction. No minimum order value. Valid once per customer during the offer period, applicable only on the Amazon app. Details
Partner Offers: Get GST invoice and save up to 28% on business purchases. Sign up for free Details
See 2 more
10 Days Replacement Only
Amazon Delivered
No-Contact Delivery
Amazon Delivered
Amazon directly manages delivery for this product. Order delivery tracking to your doorstep is available.
No-Contact Delivery


“The sweet, lushly illustrated tale succeeds in showing the importance of food as connection within one Indian American family.” –Publishers Weekly

"The intergenerational warmth and pleasure in cooking together are palpable. Part informational, part family story, this attractive book will speak to young kitchen helpers and those with loved ones in far-off places.” –School Library Journal

Padma Lakshmi is the creator and host of Hulu's Taste the Nation and host and executive producer of the Emmy-winning Bravo series Top Chef. She is the bestselling author of two cookbooks, the Encyclopedia of Spices and Herbs, as
well as her memoir Love, Loss, and What We Ate. Lakshmi is also cofounder of the Endometriosis Foundation of America, an artist ambassador for the ACLU, and a Goodwill Ambassador for the United Nations. She lives in New York City with her daughter. Her favorite kind of tomato is a San Marzano.

Juana Martinez-Neal is the winner of the Pura Belpré Illustrator Award for La Princesa and the Pea by Susan Middleton Elya and the Caldecott Honor Award for Alma and How She Got Her Name, which she also wrote. Originally from Lima, Peru, she lives with her husband and three children in Arizona where she cooks with lots of Roma tomatoes.
Start reading Tomatoes for Neela on your Kindle in under a minute.

She is the creator of the critically acclaimed Hulu series Taste the Nation, nominated for a 2021 Gotham Award for Breakthrough Series, which has just been greenlit for a second season. Lakshmi serves as host and executive producer of Bravo’s two-time Emmy-winning series Top Chef, which has been nominated for 32 Emmys, including her two-time nomination for Outstanding Host for A Reality-Competition Program. Its new season will be premiering in spring 2021.

Lakshmi is co-founder of the Endometriosis Foundation of America (EFA) and an American Civil Liberties Union (ACLU) Artist Ambassador for immigrants' rights and women's rights. Lakshmi was also appointed a Goodwill Ambassador for the United Nations Development Programme (UNDP).

She established herself as a food expert early in her career, hosting two successful cooking shows: Padma’s Passport, and Planet Food and writing the best-selling Easy Exotic, which won the “Best First Book” award at the Gourmand World Cookbook Awards. Lakshmi followed this with the publication of her second cookbook, Tangy, Tart, Hot & Sweet and her memoir The New York Times best-selling Love, Loss and What We Ate. She later published The Encyclopedia of Spices & Herbs. In August of 2021 she will publish her first children’s book Tomatoes for Neela.

Additionally, Lakshmi is a visiting scholar at Massachusetts Institute of Technology (MIT). She has received the 2018 Karma Award from Variety, as well as the 2016 NECO Ellis Island Medal of Honor.

3.9 out of 5 stars
3.9 out of 5
10 global ratings
How are ratings calculated?
To calculate the overall star rating and percentage breakdown by star, we don’t use a simple average. Instead, our system considers things like how recent a review is and if the reviewer bought the item on Amazon. It also analyses reviews to verify trustworthiness.
Top reviews

Armer
5.0 out of 5 stars Beautiful illustrations
Reviewed in Canada on 13 October 2021
Verified Purchase
We bought this book for our 2 year old son. I’ll be honest, I bought it because I’m a fan of Padma. When I first looked at it, I was worried that it wouldn’t engage him, but to the contrary he requests this book. Our family makes homemade marinara sauce each year, so I think my son understands the tradition that is written about in the book. Recently a family member was talking to us over FaceTime and mentioned that they had tried our sauce and enjoyed it, and our son ran over to his bookshelf to find Tomatoes for Neela and brought it to me to read for him. It’s a simple story and has beautiful illustrations. We like that this book highlights similarities between cultures. We think that it is important that the books that our son is exposed to reflect different genders, races, ethnicities, etc. This book shows our son the similarities between our traditions and the traditions of Neela, a young girl of Indian descent. We haven’t tried the two recipes from the book yet, but we will definitely try them out in the future.
Read more
Report abuse

Indrani Nemdharry
5.0 out of 5 stars Neela
Reviewed in Canada on 1 October 2021
Verified Purchase
Was perfect for my daughter as her name is “Neela” and she hate tomatoes so this book was just perfect for her.
Read more
Report abuse

C
5.0 out of 5 stars A beautiful looking book, fun to read with kids, learn about tomatoes and try the recipes!
Reviewed in the United States on 31 August 2021
Verified Purchase
This beautifully illustrated book follows young Neela as she cooks with her mother, and learns all about tomatoes. The art is really wonderful, and the little one that I read this too was excited to point out all of the interesting things in the background. Neela loves their family's routine of going to the market on Saturdays, and she writes down the things she learns about cooking in her own journal. There is a great celebration of family, as Neela is excited to share her cooking with her grandmother when she comes to visit.

There are even two real recipes at the end of the book, “Paati's Tomato Sauce” and “Neela's Tomato Chutney”, that both have extensive preparation instructions. These recipes are followed by some “Fun Facts” about tomatoes, a section about farm workers, and then a note from the author.

This was a great book to read to kids, and we all really loved the artwork. We are excited to try the two recipes, and see how tasty they are for ourselves!

S. Hess
3.0 out of 5 stars Kids book for adults
Reviewed in the United States on 4 September 2021
Verified Purchase
This is a beautifully illustrated and nicely written book that I ended up liking a lot more than my son. It just lacked the fun that kids usually enjoy, so I doubt he’ll want to go back to it. Sometimes we come across books, especially when a celebrity is involved, that are written to attract a parent buying it instead of the kid who is actually the audience. It feels like this is one of those.
Read more
10 people found this helpful
Report abuse

R. L. Houston
1.0 out of 5 stars 2 recipes
Reviewed in the United States on 4 September 2021
Verified Purchase
I bought this book because I thought there were recipes, I was disappointed that there were only 2 recipes and a stor. When I saw the author making tomatoe chutney on Facebook book I assumed this was a cookbook.
Read more
3 people found this helpful
Report abuse
See all reviews
Back to top
Get to Know Us
Connect with Us
Make Money with Us
Let Us Help You
EnglishChoose a language for shopping.
© 1996-2021, Amazon.com, Inc. or its affiliates