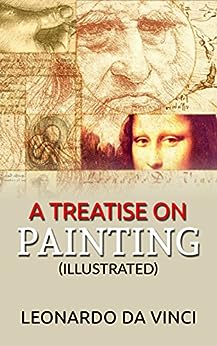 When Leonardo da Vinci made his will, nine days before his death, he bequeathed all his manuscripts and drawings to Messer Francesco da Melzi, gentleman, of Milan, "in remuneration of grateful services done to the testator." Melzi transported his treasures to his residence at Vaprio, where, fours years afterwards, he died. His heirs set little store by the writings of the great painter, and suffered thirteen bound volumes and the "drawings in the garret" to be taken away as valueless. Some of these drawings fell into the hands of the Earl of Arundel, and are now in the Royal Collection at Windsor. Many of the others, after frequent changes of proprietorship, were presented to the Ambrosian Library at Milan.

At the close of the eighteenth century, there were in this library thirteen volumes of Leonardo's, including the celebrated "Codice Atlantica," a book of huge size, containing 1750 sketches which had been collected by the sculptor Pompeo Leoni of Arezzo.

In 1796, Bonaparte seized these books and sent them to Paris, where they were placed in the Bibliotheque de l'Institut. After the Peace, in 1815, the "Codice Atlantico" was returned to the Ambrosian Library. The other twelve volumes still remain in Paris.

In the year 1651, a selection from these manuscripts of such passages as relate to the Art of Painting, came into the possession of Raphael du Fresno, who published them in the original Italian under the title of "Trattato della Pittura," accompanied by a series of engravings from outline drawings by Nicolas Poussin (to which shadows and backgrounds were added by Errard), and a set of geometrical designs by Alberti. In the same year, the work was translated into French by Roland Freard, Sieur de Chambray, and issued with the same plates.

In 1721, a translation into English--it is not known by whom--was published in London, and in 1796 another edition was printed, which was soon exhausted; for in the year 1802, Mr. John Francis Rigaud, a member of the Royal Academy, undertook to translate the work afresh, and to re-arrange the whole book so as to make it easier to reference; careful indexes were given, and the plates were re-engraved. This edition lasted till 1835, when a new one was issued by Messrs. Nichols and Son, to which was added a Life of Leonardo by Mr. John William Brown. This gentleman had the privilege of constant admittance not only to the private library of his Imperial and Royal Highness the Grand Duke of Tuscany, but also to his most rare and valuable collection of Manuscripts in the Palazzo Pitti, where he was permitted to copy from the original documents and correspondence whatever he conceived useful to his subject. He was enabled to produce what was then the most trustworthy Life of Leonardo that had ever appeared.

The 1835 edition of the "Treatise on Painting" has long been scarce. It is now reprinted, and the more recent facts which have been discovered concerning the life of Leonardo, and a full account of his manuscripts and his acknowledged paintings have been added.

Nicolas Poussin's drawings and Alberti's designs are reproduced, and great pains have been taken to make Leonardo's work as useful as possible to students of Art. --This text refers to an alternate kindle_edition edition.

Translated by John Francis Rigaud, illustrated by Nicholas Poussin with a life of Leonardo and an account of his works by John William Brown --This text refers to an alternate kindle_edition edition.

4.0 out of 5 stars
4 out of 5
34 global ratings
How are ratings calculated?
To calculate the overall star rating and percentage breakdown by star, we don’t use a simple average. Instead, our system considers things like how recent a review is and if the reviewer bought the item on Amazon. It also analyses reviews to verify trustworthiness.
Top reviews

Mrs. K. A. Wheatley
2.0 out of 5 stars Time consuming, repetitive and dull
Reviewed in the United Kingdom on 11 May 2008
Verified Purchase
This is a collection of ideas drawn from Leonardo's notebooks after his death by one of his pupils who inherited all his belongings. This particular version has a translation from 1877 and includes diagrams by Brunelleschi and drawings by Nicholas Poussin.

It is a book written for the Renaissance student of art and covers key topics of the day including perspective, optics, light and shade and how to render objects in a life like way. It deals primarily with the big themes of the day, battle scenes and portraits, although it doesn't include much on religious themes.

It is broken into several categories, such as colour, perspective, the perspective of colour etc, but there is a great deal of overlap in the writings. Because Leonardo himself only made rough notes with an eye to creating a final more polished work, which never happened, the compiler here has numbered paragraphs and ordered them in these categories. Whether this is as Leonardo envisaged it is almost impossible to say.

I cannot understand why the drawings are by Brunelleschi and Poussin when one thing we are not short of from Leonardo is drawings, particularly figure drawings, which is what most of the book is concerned with. I feel this really lets this down and is a definite weak moment.

The text is repetitive, dense and at times difficult to understand. I feel that this would only be helpful to you if you wanted to understand the minute technical cut and thrust of Leonardo's methods of painting or if you needed to reproduce them yourself, or if you are a Leonardo completist and want to read everything about him. Otherwise it is hard going and not particularly inspiring.
Read more
9 people found this helpful
Report abuse

Josette
5.0 out of 5 stars Five Stars
Reviewed in Canada on 17 March 2016
Verified Purchase
Written in the words of the great master; a work of great artistic merit.
Read more
Report abuse

Mr B
1.0 out of 5 stars A treatise on painting by leonardo da vinci
Reviewed in the United Kingdom on 28 August 2013
Verified Purchase
I hate it because what was sent was completely blank except for the title page, and I was so frustrated that I ended up ordering a printed copy. Even trying to get it re-sent failed.
Read more
One person found this helpful
Report abuse

James
3.0 out of 5 stars Consider with reservations
Reviewed in the United States on 14 February 2020
Verified Purchase
Of course Da Vinci is a valuable authority on this subject. We have learned much since the 16th century and much of it because of Da Vinci but this is not the best book to use to study the subject.
Read more
Report abuse
See all reviews
Back to top
Get to Know Us
Connect with Us
Make Money with Us
Let Us Help You
EnglishChoose a language for shopping.
© 1996-2021, Amazon.com, Inc. or its affiliates