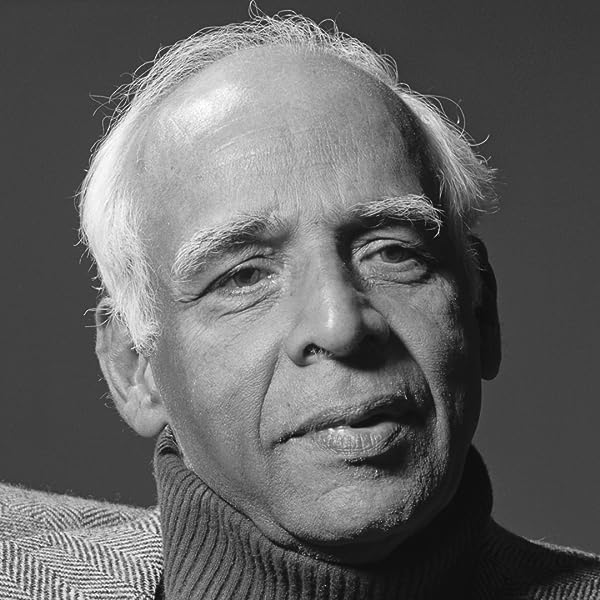 Undiscovered Country: Exploring the Promise of Death Paperback – Import, 23 May 1996

by Eknath Easwaran (Author)
5.0 out of 5 stars 11 ratings
See all formats and editions
Sorry, there was a problem loading this page. Try again.

What death can teach us about how to live.

What is the greatest mystery in life? That although we see people die every day, we never believe we will die.

Easwaran is one of the twentieth century's great spiritual teachers and an authentic guide to timeless wisdom. In this book Easwaran addresses the lessons death can bring. He sheds light on the perennial questions of time, desire, the nature of the mind, and the realization that the body is only the jacket of the soul, and that in death the body dies, but the person does not.

Nothing in life is more important than death, and nothing more urgent than learning to overcome it not in an afterlife, but here and now.

"The style is vintage Easwaran clear, direct, and entertaining. His command of world literature is breathtaking, and he uses it like a virtuoso to make his points. . . . the effect is to demonstrate the timelessness of the dilemma that is the subject of this book the nearness of death and our persistent refusal to turn away from our obsession with transitory activities and objects and look it square in the eye." -- 54

Death confronts us everywhere: in the newspaper, by the road side, with the loss of a family member -- and as we face our own aging. The "theater of death" can open for us even when we are touched deeply by the loss of a pet, or with the fading of the lilac blooms in the spring. Eknath Easwaran's The Undiscovered Country: Exploring The Promise Of Death shows how we can learn from death. The Undiscovered Country shed light on the perennial questions of time, the nature of the mind, and the realization that the body is only the jacket of the soul. In death, Easwaran maintains, the body dies, but the person does not. With this realization we can learn to approach death without fear. Easwaran describes the process of death, why it is so terrifying and painful, and what we can do now and at the time of death to fully understand this "last great change". Once we face squarely the fact that the body will die, we gain incentive to clarify our priorities and to make choices based on our own deep values. We learn to treasure minutes and use them wisely. We begin to consciously reshape our future by the choices we make each day. The Undiscovered Country closes with a brief presentation of the author's eight-point program of spiritual disciplines, the tools he offers to bring a full understanding of the meaning of death. The Undiscovered Country is insightful, reflective, inspirational reading. -- Midwest Book Review

Using stories and personal anecdotes, Easwaran sheds light on the perennial questions of time, desire, the nature of the mind, and the realization that the body is only the jacket of the soul, and that in death the body dies, but the person does not. Realizing this, he writes, we no longer fear death.

Eknath Easwaran is well known for his highly instructive, inspiring books which tap his deep personal experience to convey timeless truths with both humor and humanness. He has twenty-four titles to his credit, with more than half a million copies in print. His works have been translated into eleven foreign languages, and tapes of his talks take his message around the world.
Read more

Eknath Easwaran (1910-1999) is one of the twentieth century's great spiritual teachers and an authentic guide to timeless wisdom.

He is a recognized authority on the Indian spiritual classics. His translations of the Bhagavad Gita, the Upanishads, and the Dhammapada are the best-selling editions in the USA.

His books on meditation, spiritual living, and the classics of world mysticism have been translated into sixteen languages. His book Passage Meditation (originally titled Meditation) has sold over 200,000 copies since it was first published in 1978. Two million copies of Easwaran's books are in print.

* Sign up for the free daily Thought for the Day, our bi-weekly email with short articles and stories, and/or our twice-yearly Journal at www.bmcm.org/subscribe/.

Born in Kerala, India, Easwaran was a professor of English literature at a leading Indian university when he came to the United States in 1959 on the Fulbright exchange program. A gifted teacher, he moved from education for degrees to education for living, and gave talks on meditation and spiritual living for 40 years. His meditation class at UC Berkeley in 1968 was the first accredited course on meditation at any major university.

In 1961 he founded the Blue Mountain Center of Meditation, a nonprofit organization that publishes his books, videos, and audio talks, and offers retreats and online programs.

Easwaran lived what he taught, giving him lasting appeal as a spiritual teacher and author of deep insight and warmth.

Easwaran discovered meditation mid-life, while he was teaching on a college campus in central India. In the midst of a successful career he found himself haunted by age-old questions: Why am I here? What is life for? What will happen when I die?

Meanwhile in a few short months he lost two people passionately dear to him: Mahatma Gandhi, whom he’d visited in his ashram, and his beloved grandmother, who was his spiritual teacher. Finally he came home one day to find his dog had been killed by a passing truck, and his sense of loss would not subside. His dog stood for death itself, for all who had passed away.

“Almost instinctively,” Easwaran said, “I went to my room and picked up my Gita, most of which I knew by heart. I closed my eyes, and as I began to repeat the verses silently to myself, the words opened up and took me deep, deep in.” Over the next weeks he continued in the same way, seated in silence in the early morning. His meditation practice had begun.

Still leading a full life at the university, Easwaran looked for guidance in this new inner world. He read the Upanishads, Patanjali, the Catholic mystics, the Buddhist scriptures, the poetry of the Sufis. In addition to his Bhagavad Gita, he found passages for meditation from every major spiritual tradition. Some of the mystics he studied had chosen not to retire into monasteries but, like himself, to seek the spiritual path in the midst of everyday life.

In meditation, he found a deep connection between the wisdom in the passages and the way he conducted himself throughout the day. It was a thrilling discovery. “The passages were lifelines, guiding me to the source of wisdom deep within and then guiding me back into daily life.”

In 1959 he came to the US on the Fulbright scholarship and lectured widely on the spiritual heritage of India. Some students were eager to learn about meditation, and Easwaran loved teaching. He developed a simple, effective eight-point program of passage meditation based on his own spiritual experience. Thousands of people of all ages and backgrounds now follow this program all around the world.

Easwaran as a Teacher

In the introduction to one of his key books, Easwaran described his approach as a teacher. He appealed to people, he said, “partly because I have not retired from the world – I live very much as a family man, a good husband, son, and friend – but also because I have tried to combine the best of West and East.

“I live together with forty friends at our ashram, or spiritual community, and though I have heavy responsibilities in guiding our work, I take time for recreation. I go with friends to the theater; I am fond of Western and Indian classical music; I like to take the children to the ice cream parlor and the dogs to the beach for a run.

“But perhaps what appeals most deeply is that I understand the difficulties of living in the modern world. Before taking to meditation, in my ignorance of the unity of life, I too committed most of the mistakes that even sensitive people commit today. As a result, I understand how easy it is to make those mistakes, and I know how to guide and support those who are trying to learn a wiser way of living.”

Since Easwaran’s passing in 1999, interest in his work has only increased. People choose to relate to him today in various ways: as an authority on world mysticism; as a wise spiritual writer; as an experienced teacher of meditation; and as a personal spiritual guide.

The meditation programs that Easwaran created for every stage of life are reaching growing audiences in person and online. He left a vast legacy of video and audio talks which will be shared increasingly over the next years through our website, programs, publications, and digital library.

For those who seek him as a personal spiritual guide, Easwaran assured us that he lives on through his eight-point program.

"I am with you always”, he said. “It does not require my physical presence; it requires your open heart."

5.0 out of 5 stars
5 out of 5
11 global ratings
How are ratings calculated?
To calculate the overall star rating and percentage breakdown by star, we don’t use a simple average. Instead, our system considers things like how recent a review is and if the reviewer bought the item on Amazon. It also analyses reviews to verify trustworthiness.

simon
5.0 out of 5 stars Another gem from him.
Reviewed in the United Kingdom 🇬🇧 on 12 June 2016
Verified Purchase
It's lovely to think how the books he wrote during his lifetime will keep Easwaran's message alive for generations to come. Absolute solid advice and wise counsel as always in this particular volume. He is both comforting and wise in his sage advice. Recommended whatever your religious tradition.
Read more
2 people found this helpful
Report abuse

MANU
5.0 out of 5 stars EASWARAN'S BOOKS
Reviewed in the United States 🇺🇸 on 14 February 2014
Verified Purchase
Easwaran's books are a great source of inspiration and solace. They not only show what to do to change your life and bring peace into it but they show hoe to do it.
Read more
7 people found this helpful
Report abuse
See all reviews