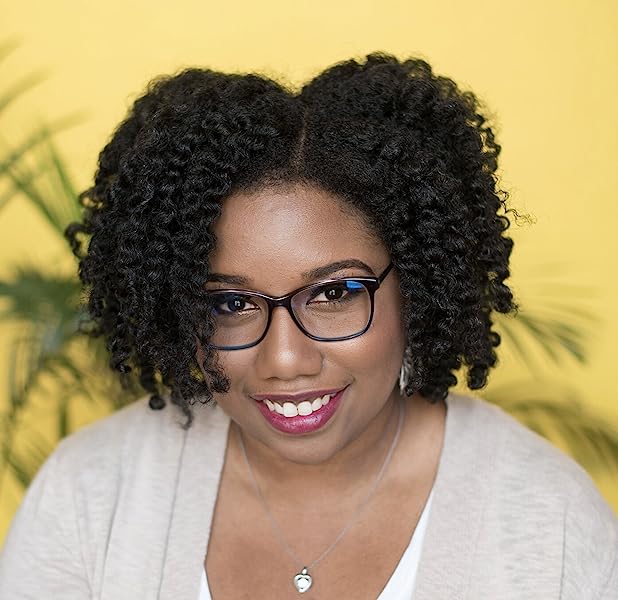 by Brittney Morris (Author)
4.4 out of 5 stars 39 ratings
See all formats and editions
Sorry, there was a problem loading this page. Try again.
10 Days Replacement Only
Read more Read less
Previous page
Next page

From the acclaimed author of SLAY, comes a gripping novel, about brothers, grief, and what it means to be a young Black man in America. For fans of Dear Martin and They Both Die at the End.

Brittney Morris holds a BA in Economics from Boston University. She spends her spare time reading, playing indie video games, and enjoying the Seattle rain from the comfort of her apartment. She lives with her husband Steven who would rather enjoy the rain from a campsite in the woods because he hasn't seen enough horror movies. Brittney is was chosen as a Novel-In-A-Day participant 2016, is a four-time NaNoWriMo winner, and an active informal mentor in #PitMad and #DVPit. She is also a 2018 Pitch Wars mentor.

Start reading The Cost of Knowing on your Kindle in under a minute.

4.4 out of 5 stars
4.4 out of 5
39 global ratings
How are ratings calculated?
To calculate the overall star rating and percentage breakdown by star, we don’t use a simple average. Instead, our system considers things like how recent a review is and if the reviewer bought the item on Amazon. It also analyses reviews to verify trustworthiness.
Top reviews

Caz
4.0 out of 5 stars Both poignant and uplifting
Reviewed in the United Kingdom on 1 May 2021
Vine Customer Review of Free Product( What's this? )
somewhere between 3 and 4.

Reading the synopsis, I expected this book to be more on the sci fi side of things - a boy who can see the future finding out his little brother will die soon? - sounds fantastical to me. But The Cost of Knowing definitely errs more towards realistic contemporary (with the addition of magical powers, sure)

This book is about family, grief, brothers, relationships, life and everything in between. The best part of the book is definitely the relationship between Alex and his brother Isaiah. They've grown apart ever since the death of their parents, but the revelation Alex has makes him want to spend as much time with Isaiah as possible, find that brotherly bond and try to figure out if there's some way to change the future.

The middle chunk of the book was great, I loved all the interactions, the brotherly love, the learning how to be around each other again and the opening up about everything each of them has had to deal with on their own. It was wonderful. Unfortunately the beginning and end were where the book fell a tiny bit flat for me.

The beginning wasn't too bad, it was a bit boring in the way it showed us about Alex's powers. It's very repetitive - but not in an interesting way - so any time Alex touches anything he starts to have a vision, then cancels the vision, then does what he needs to do with whatever he's holding. When there's an actual vision it's quite interesting, but when it goes something like 'Alex touches his phone, starts to have a vision of unlocking it, cancels the vision, unlocks his phone' it seems like a whole lot of filler.

In terms of the ending, it was definitely bittersweet. I thought it was really interesting all the way up until the very last part. It seems to jump into hyper sci fi in a way, which doesn't fit with the tone of the rest of the book. I can see why Brittney Morris did what she did, but it just kind of jolts you out of the story and doesn't fit at all.

I also would have liked a little bit more characterisation of Alex's rocky relationship with Talia. We don't really get to know her, so I would have liked to have seen a bit more of her as a person rather than as a future plot point that Alex has already seen - and therefore doesn't give us the chance to meet and enjoy her.

Flipping back to Alex and Isaiah. I loved how they bonded over music, there was a scene at a concert that made me really miss going to them (they're starting to become a thing again now, so fingers crossed it won't be too long!) It shows how similar they are, but also how distant they've become (i.e not knowing that each was a fan because the never talked)

There's an arc involving neighbours who are nice to Alex and Isaiah but also have racist views of 'we don't want those kinds of people around here' which was uncomfortable and unfortunately realistic to read.

Over all I enjoyed the book. There were a few hiccups along the way, but I love books about people and relationships and characters just interacting, so I couldn't help but fall in love with Alex and Isaiah's journey towards knowing each other again.

P. Barclay
4.0 out of 5 stars The extraordinary is rooted in the ordinary, making this an imaginative and gripping read
Reviewed in the United Kingdom on 2 June 2021
Vine Customer Review of Free Product( What's this? )
Alex Rufus is a teenager, he works in Scoops, an ice cream shop in Chicago. He has a girlfriend, Talia, and a younger brother, Isaiah and lives with his Aunt Mackie. However, a past trauma has enabled Alex to possess the ability to look into the future by touch: ‘Visions fly through my head with everything I touch’. This ability makes him anxious and he is not sure that to ‘call this-disorder? Affliction? Curse?’ His efforts to avert what is about to happen, though, are thwarted by events.

The writing is fluent and the syntax is simple with short, punchy sentence construction. The vocabulary is largely monosyllabic, making the plot fast-paced. Whilst what occurs in this novel is fantastical, the scenes and characters that Brittney Morris describes are realistic. This roots the extraordinary into the ordinary, making the story and turn of events wholly believable.

The plot is very well conceived and the characters 3-D and likeable. I particularly admire the way the author weaves racism into the storyline. With the ‘Black Lives Matter’ movement, this topic is perhaps more current and relevant than at any other time in the recent past, Alex as the main protagonist is a decent, loyal and upstanding individual. And he is a black sixteen-year old teenager who is very well aware of how he is viewed by the wider non-black community. As he acknowledges ‘being black in America means being constantly reminded of the darkness you come from’.

This is an imaginative and engaging read.
Read more
Report abuse

J. McDonald
4.0 out of 5 stars The Cost of Knowing.
Reviewed in the United Kingdom on 24 April 2021
Vine Customer Review of Free Product( What's this? )
For a YA novel, this has a pretty salty smattering of adult language which one may like to take into consideration; it`s an interesting coming-of-age story with a strong fantasy element which adds an unusual twist to the tale.
It's about the relationship between two brothers who have acquired visionary powers following the accident that killed their parents – intriguing in itself, but the conceit enables the author to explore the African-American experience in the history of one family, together with the contemporary experience of being a black boy in American society; it's an ingenious idea that deals with anxiety – that of Alex – the character who narrates the story, as he tries to come to terms with revelations concerning his younger brother, the realisation that people in his neighbourhood are not as friendly as they seemed and the situation of his personal life as he tries to deal with his gift (or curse) as the story unfolds.
It`s a multi-layered novel, rather more sophisticated than it initially appears.
I found it difficult to get into at first – there was rather too much exposition concerning Alex`s gift, which I found tiresome – but once more is revealed about Isaiah (the younger brother) the narrative picked up; the hip-hop culture that unites the boys isn`t something I can readily relate to, but it is part of the flow of the novel and ultimately ties-in to the greater themes of the story.
Ultimately it is a moving and quite mature novel dealing with very relevant issues in an inventive and intelligent way. I enjoyed it more than I initially though I would once I got through the introductory chapters.
Read more
Report abuse

Book Reader
5.0 out of 5 stars Excellent writing
Reviewed in the United Kingdom on 19 April 2021
Vine Customer Review of Free Product( What's this? )
I read this book on a Sunday evening. I’m almost one setting. The story had me gripped. On one side it’s heartbreaking on the other there is hope, hope that the human spirit will raise up.
The cost of knowing is a work of fiction by author Brittany Morris who I haven’t heard of before. In this story we join in the lives of two orphaned American black children. When as join in mean that the author gives us such good word pictures of their lives and personality they the main characters come to live. We the really do join in as they look forward in their lives, grief, set backs more.
Read more
Report abuse

Savvysaverme
4.0 out of 5 stars The cost of knowing
Reviewed in the United Kingdom on 18 April 2021
Vine Customer Review of Free Product( What's this? )
The cost of knowing is a work of fiction by author Brittany Morris .

This book follows the lives of two orphaned American black kids , their struggle to come to terms and accept life , grief and their futures .

It's a short but riveting read that even if you're not American will leave you wanting to know what happens next .

A good read !
Read more
Report abuse
See all reviews
Back to top
Get to Know Us
Connect with Us
Make Money with Us
Let Us Help You
EnglishChoose a language for shopping.
© 1996-2021, Amazon.com, Inc. or its affiliates