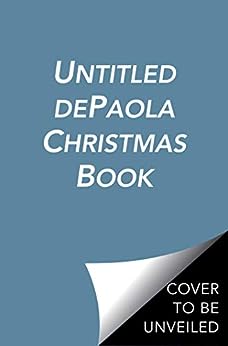 Tomie dePaola is the author and/or illustrator of more than 250 books for children. He receive a Caldecott Honor for Strega Nona and a Newbery Honor for 26 Fairmont Avenue. He is also the recipient of the American Library Association's Laura Ingalls Wilder Award for his substantial and lasting contributions to children's literature. He lives in New London, New Hampshire. Visit his website at www.tomie.com. --This text refers to an alternate kindle_edition edition.

4.8 out of 5 stars
4.8 out of 5
383 global ratings
How are ratings calculated?
To calculate the overall star rating and percentage breakdown by star, we don’t use a simple average. Instead, our system considers things like how recent a review is and if the reviewer bought the item on Amazon. It also analyses reviews to verify trustworthiness.
Top reviews

H. Dumpty
5.0 out of 5 stars Funny, visually lavish
Reviewed in the United Kingdom on 14 May 2008
Verified Purchase
I believe this is the fourth in de Paola's Strega Nona series, and this time the clueless Big Anthony, looking more than ever like a scarecrow or one of the Flowerpot Men is harassed by the approach of Christmas.

This is again beautifully illustrated, mostly done in pinks, yellows and mauves, set in an arcaded southern Italian town, and this time the story is just a bit more sentimental - perhaps appropriate for Xmas. Big Anthony is a hulking dunce, but surprises everyone at the end.

Matt
5.0 out of 5 stars Wonderful story
Reviewed in Canada on 2 January 2019
Verified Purchase
My kids love all if the Strega Nona stories and this is a favourite to read at Christmas
Read more
Report abuse

rose
2.0 out of 5 stars Not italian
Reviewed in Canada on 26 November 2017
Verified Purchase
I thought it would be in Italian!
Read more
Report abuse