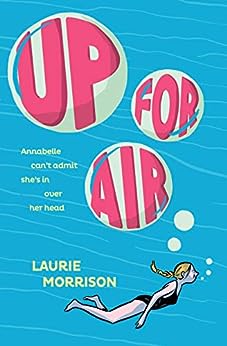 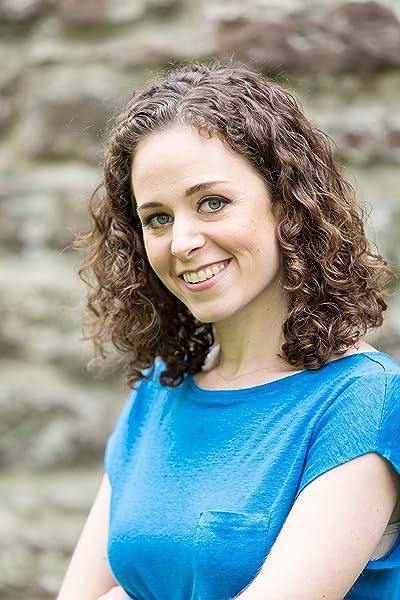 Up for Air Kindle Edition

**STARRED REVIEW**
"An awesome swimmer with a frustrating learning disability struggles in the roiling waters of adolescence . . . Readers will root for [Annabelle] as she ricochets between ebullience and despair, empathy and hurt, confidence and doubt, pride and self-loathing--we've been there, too, or soon will be. Captures the turmoil of adolescence with wisdom and humor in near-pointillist detail."-- "Kirkus Reviews"

**STARRED REVIEW**
"Morrison, a former teacher, realistically captures the challenges of middle school--complicated family dynamics, volatile friendships, and first love--in this story about a girl struggling to find where she belongs."-- "Publishers Weekly"

"Laurie Morrison authentically captures the lovelorn daydreams as well as the awkwardness and anxiety of a middle school girl with one foot in her childhood friendships and the other venturing into the world of young adulthood . . . the feelings and struggles Annabelle experiences are universal and will strike a chord with middle school students."-- "School Library Connection"

"Readers will relate to Annabelle--if not with the specifics of her life, then with the feelings of an almost teen as she navigates growing up. The well-crafted characters extend to the adults in the story, who are multilayered and have lives beyond their relationship with their daughter. Best of all, Annabelle's realizations about her life are hard won and wholly believable."-- "Booklist" --This text refers to the paperback edition.

Laurie Morrison taught middle school for 10 years before writing Every Shiny Thing, her middle-grade debut with co-author Cordelia Jensen. She received her MFA in writing for children and young adults from Vermont College of Fine Arts. She lives in Philadelphia. --This text refers to the paperback edition.

4.5 out of 5 stars
4.5 out of 5
199 global ratings
How are ratings calculated?
To calculate the overall star rating and percentage breakdown by star, we don’t use a simple average. Instead, our system considers things like how recent a review is and if the reviewer bought the item on Amazon. It also analyses reviews to verify trustworthiness.
Top reviews

Kiara K.
5.0 out of 5 stars WHERES THE SEQUAL?
Reviewed in the United Kingdom on 12 October 2020
Verified Purchase
Hi, a 13 year old here, i cant help but LOVE this book! It focuses on real life issues without being over dramatic, and annabelle is a relatable and independent character that i loved. A lot of books show characters that are young, but have real ongoings between older boyfriends, and get overly emotional through their own choice, and fight with friends over who is dating who. This book showed what can happen in a realistic and gentle way, and i can relate.

We see annabelle go on a journey from awkward and mistreated to being confident and stickinf up for herself. We see her mistreat friends, and make up with them. We watch as an older boy makes a mockery of her, bur she keeps going. This is a true story - it turns the page for you and leaves you gasping for air.

Now, here is my only criticism.

Kate Bell
4.0 out of 5 stars A rare, boundry-crossing book
Reviewed in Spain on 29 May 2019
Verified Purchase
This is an interesting book because it sits right at the edge of middle grade and YA, aimed at readers age 12 or 13, for whom there's precious little available in the book world. The main character is a girl who develops early, which I find a particularly valuable theme. She tries to fit in with an older crowd and crushes on an older boy. Things don't work out how she'd hoped, but it's a happy ending. The topics of flirting and physical development are interesting ones for this age group and I appreciated how the book pushed the boundaries there a little.
Read more
One person found this helpful
Report abuse

Karen
5.0 out of 5 stars Perfect middle school book
Reviewed in the United States on 15 May 2019
Verified Purchase
Although many ages can relate to this book, it is the perfect book for middle school students. There is nothing so mature that I would be concerned about my youngest students reading this book, but Anabelle is in the summer before her 8th grade year, and her longing to be accepted by the high school crowd is a feeling that will appeal to my oldest students.

Embarrassed by accommodations, and frustrated when they don't seem to be enough either, school is a struggle for Anabelle. In the pool, she feels different. In the pool she is in control and she is strong. In the pool, Anabelle is setting records.

When Anabelle is asked to swim up with the high school team to help them in the mixed relay, her excitement for the opportunity to prove herself gets distracted by the two-years-older boy who she is crushing on showing her more attention. Struggling to fit in with the older teens has Anabelle hurting her own friends, disobeying her parents, and spiraling downward. How will she find her way through the mess she has made to come up for air?

What I loved: The message. Knowing who your true friends and family are makes all the difference. Anyone can comeback and grow from mistakes. The setting. I want to live on Gray Island. The swimming. This is a popular sport with my students and I am excited to add a book about it to our library.
#LitReviewCrew
Read more
3 people found this helpful
Report abuse

ftbooklover
4.0 out of 5 stars Excellent Middle Grade Book
Reviewed in the United States on 3 September 2020
Verified Purchase
Annabelle is just about to end her seventh grade year, and even though she gets more time on essays than others and that she works hard to prepare, she isn't surprised when most of her grades are Cs. Her mother says she's proud of her, but Annabelle really feels like everyone just feels sorry for her. Being in water is the only time she really feels comfortable and alive, so when she is asked to move up to the high school swim team for the summer, she looks forward to more time in the water, especially since she gets to practice with the older kids, including Conner, who seems to be paying more attention to her than ever before. Will moving to the high school team, mean losing her friends from the middle school team? Will the reappearance of her real father in her life make her feel more like she has somewhere to belong? These are just some of the challenges Annabelle faces in this story.
The real strength of Up for Air is the way all of the emotions of the characters are spot on. Annabelle's struggles with loneliness, isolation, insecurity, and misunderstanding are all presented in a realistic way, showing what most girls feel during adolescence. Overall an excellent middle grade book.
Read more
Report abuse
See all reviews