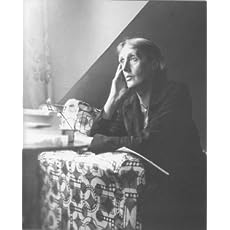 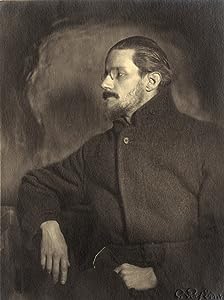 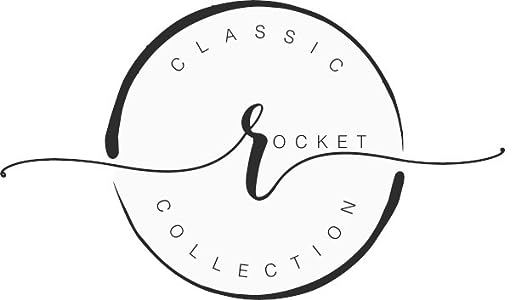 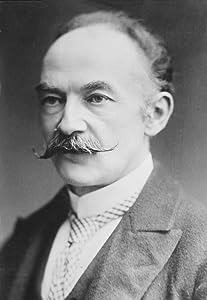 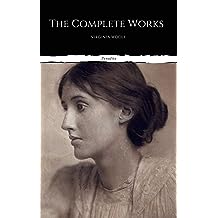 This edition has been professionally formatted and contains several tables of contents. The first table of contents (at the very beginning of the ebook) lists the titles of all novels included in this volume. By clicking on one of those titles you will be redirected to the beginning of that work, where you'll find a new TOC that lists all the chapters and sub-chapters of that specific work.
Read more
inclusive of all taxes 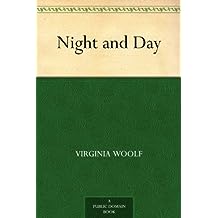 Night and Day 12 May, 2012
by Virginia Woolf
( 128 )
₹ 0.00
This book was converted from its physical edition to the digital format by a community of volunteers. You may find it for free on the web. Purchase of the Kindle edition includes wireless delivery.
Read more
Other Formats: Audible Audiobook , Hardcover , Paperback , MP3 CD
inclusive of all taxes 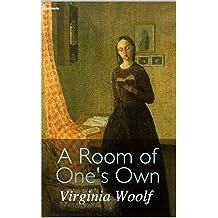 A Room of One's Own : PREMIUM EDITION (Illustrated) 4 Apr, 2017
by Virginia Woolf
( 559 )
₹ 75.52
A Room of One's Own is an extended essay by Virginia Woolf. First published on 24 October 1929, the essay was based on a series of lectures she delivered at Newnham College and Girton College, two women's colleges at Cambridge University in October 1928. While this extended essay in fact employs a fictional narrator and narrative to explore women both as writers of and characters in fiction, the manuscript for the delivery of the series of lectures, titled "Women and Fiction", and hence the essay, are considered non-fiction. The essay is generally seen as a feminist text, and is noted in its argument for both a literal and figural space for women writers within a literary tradition dominated by patriarchy.
Read more
Other Formats: Audible Audiobook , Hardcover , Paperback
inclusive of all taxes 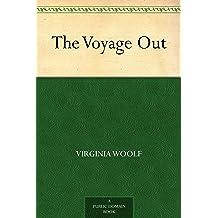 The Voyage Out 17 May, 2012
by Virginia Woolf
( 131 )
₹ 0.00
This book was converted from its physical edition to the digital format by a community of volunteers. You may find it for free on the web. Purchase of the Kindle edition includes wireless delivery.
Read more
Other Formats: Audible Audiobook , Hardcover , Paperback , Mass Market Paperback , MP3 CD
inclusive of all taxes 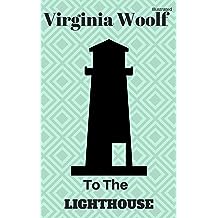 To The Lighthouse (Illustrated) 6 Aug, 2017
by Virginia Woolf
( 1,660 )
₹ 49.00
To the Lighthouse (5 May 1927) is a novel by Virginia Woolf. A landmark novel of high modernism, the text, centering on the Ramsay family and their visits to the Isle of Skye in Scotland between 1910 and 1920, skillfully manipulates temporality and psychological exploration.

To the Lighthouse follows and extends the tradition of modernist novelists like Marcel Proust and James Joyce, where the plot is secondary to philosophical introspection, and the prose can be winding and hard to follow. The novel includes little dialogue and almost no action; most of it is written as thoughts and observations. The novel recalls the power of childhood emotions and highlights the impermanence of adult relationships. One of the book's several themes is the ubiquity of transience. 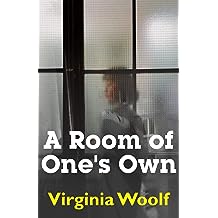 A Room of One's Own: Illustrated and formatted 10 Jun, 2020
by Virginia Woolf
( 1,319 )
₹ 49.00
The dramatic setting of A Room of One's Own is that Woolf has been invited to lecture on the topic of Women and Fiction. She advances the thesis that "a woman must have money and a room of her own if she is to write fiction." Her essay is constructed as a partly-fictionalized narrative of the thinking that led her to adopt this thesis. She dramatizes that mental process in the character of an imaginary narrator ("call me Mary Beton, Mary Seton, Mary Carmichael or by any name you please—it is not a matter of any importance") who is in her same position, wrestling with the same topic.

The narrator begins her investigation at Oxbridge College, where she reflects on the different educational experiences available to men and women as well as on more material differences in their lives. She then spends a day in the British Library perusing the scholarship on women, all of which has written by men and all of which has been written in anger. Turning to history, she finds so little data about the everyday lives of women that she decides to reconstruct their existence imaginatively. The figure of Judith Shakespeare is generated as an example of the tragic fate a highly intelligent woman would have met with under those circumstances. In light of this background, she considers the achievements of the major women novelists of the nineteenth century and reflects on the importance of tradition to an aspiring writer. A survey of the current state of literature follows, conducted through a reading the first novel of one of the narrator's contemporaries. Woolf closes the essay with an exhortation to her audience of women to take up the tradition that has been so hardly bequeathed to them, and to increase the endowment for their own daughters. 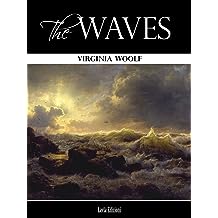 The Waves 11 May, 2016
by Virginia Woolf
( 13 )
₹ 51.45
Bernard is a story-teller, always seeking some elusive and apt phrase. Some critics see Woolf's friend E. M. Forster as an inspiration for him.Louis is an outsider who seeks acceptance and success. Some critics see in him aspects of T. S. Eliot, whom Woolf knew well.Neville, who may be partly based on another of Woolf's friends, Lytton Strachey, seeks out a series of men, each of whom becomes the present object of his transcendent love.Jinny is a socialite whose world view corresponds to her physical, corporeal beauty. There is evidence that she is based on Woolf's friend Mary Hutchinson.Susan flees the city, preferring the countryside, where she grapples with the thrills and doubts of motherhood. Some aspects of Susan recall Woolf's sister Vanessa Bell.Rhoda is riddled with self-doubt and anxiety, always rejecting and indicting human compromise, always seeking out solitude. She echoes Shelley's poem "The Question" (paraphrased: I shall gather my flowers and present them — O! to whom?). Rhoda resembles Virginia Woolf in some respects.Percival, partly based on Woolf's brother, Thoby Stephen, is the god-like but morally flawed hero of the other six. He dies midway through the novel, while engaged on an imperialist quest in British-dominated colonial India. Percival never speaks on his own in The Waves, but readers learn about him in detail as the other six characters repeatedly describe and reflect on him.The novel follows its six narrators from childhood through adulthood. Woolf is concerned with the individual consciousness and the ways in which multiple consciousnesses can weave together.
Read more
Other Formats: Paperback
inclusive of all taxes 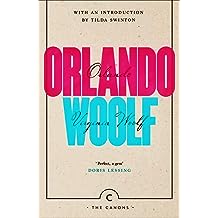 Orlando 7 Mar, 2020
by Virginia Woolf
( 75 )
₹ 49.00
Orlando: A Biography is an influential novel by Virginia Woolf, first published on 11 October 1928. A semi-biographical novel based in part on the life of Woolf's lover Vita Sackville-West, it is generally considered one of Woolf's most accessible novels. The novel has been influential stylistically, and is considered important in literature generally, and particularly in the history of women's writing and gender studies. A film adaptation was released in 1992, starring Tilda Swinton as Orlando and Quentin Crisp as Queen Elizabeth I.
Read more
Other Formats: Audible Audiobook , Hardcover , Paperback
inclusive of all taxes 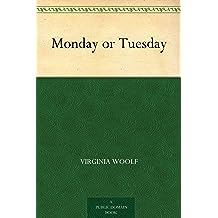 Monday or Tuesday 24 Mar, 2011
by Virginia Woolf
( 63 )
₹ 0.00
This book was converted from its physical edition to the digital format by a community of volunteers. You may find it for free on the web. Purchase of the Kindle edition includes wireless delivery.
Read more
Other Formats: Hardcover , Paperback
inclusive of all taxes 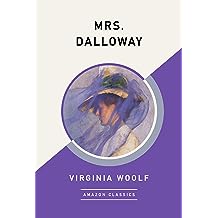 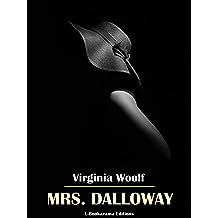 The novel examines one day in the life of Clarissa Dalloway, an upper-class Londoner married to a member of Parliament. The novel addresses the nature of time in personal experience through two interwoven stories, that of Mrs. Dalloway, preparing for a party, and that of the mentally damaged war veteran Septimus Warren Smith.

While never abandoning her omniscient third-person voice, Woolf enters the consciousness of seemingly unconnected characters and brings their feelings to the surface. The characters are connected, and the narrative shifts from one to another, by means of shared public experiences, such as an exhibition of skywriting. 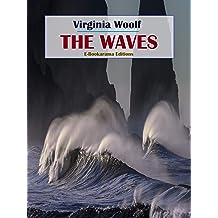 The Waves 27 Feb, 2018
by Virginia Woolf
( 312 )
₹ 51.45
First published in 1931, "The Waves" is the seventh novel published by Virginia Woolf. Among her many literary accomplishments, Woolf is perhaps best known for the daring and inventive narration she used throughout her writing. Of all of her novels, "The Waves" implements some of the most innovative and bold narration that Woolf employed.