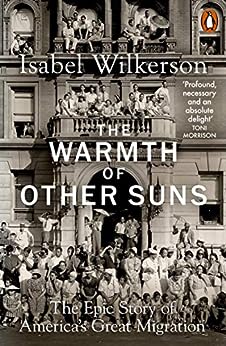 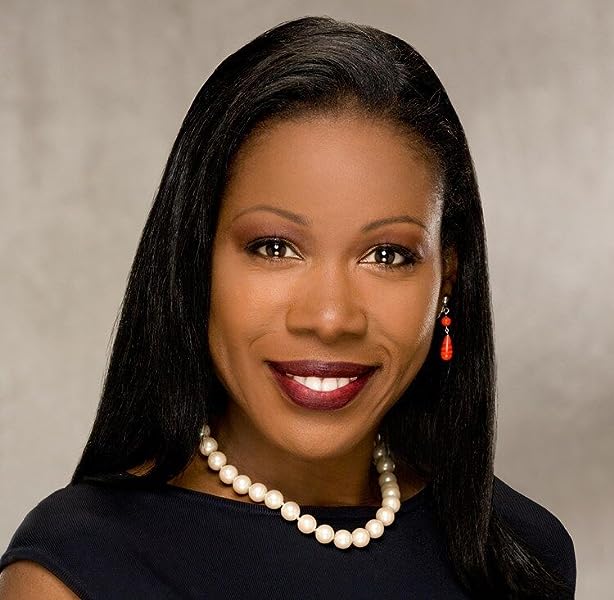 The Warmth of Other Suns: The Epic Story of America's Great Migration Kindle Edition

A narrative epic rigorous enough to impress all but the crankiest of scholars, yet so immensely readable as to land the author a future place on Oprah's couch. -- David Oshinsky, The New York Times Book Review

Told in a voice that echoes the magic cadences of Toni Morrison or the folk wisdom of Zora Neale Hurston's collected oral histories, Wilkerson's book pulls not just the expanse of the migration into focus but its overall impact on politics, literature, music, sports -- in the nation and the world. -- Lynell George ― Los Angeles Times

Scholarly but very readable, this book, for all its rigor, is so absorbing, it should come with a caveat: Pick it up only when you can lose yourself entirely. ― O, The Oprah Magazine

Profound, necessary and an absolute delight to read. -- Toni Morrison

Isabel Wilkerson's The Warmth of Other Suns is an American masterpiece, a stupendous literary success that channels the social sciences as iconic biography in order to tell a vast story of a people's reinvention of itself and of a nation--the first complete history of the Great Black Migration from start to finish, north, east, west. -- David Levering Lewis

Not since Alex Haley's Roots has there been a history of equal literary quality where the writing surmounts the rhythmic soul of fiction, where the writer's voice sings a song of redemptive glory as true as Faulkner's southern cantatas. -- The San Francisco Examiner

[A] sweeping history of the Great Migration... The Warmth of Other Suns builds upon such purely academic works to make the migrant experience both accessible and emotionally compelling. -- NPR.org

A seminal work of narrative nonfiction. . . . You will never forget these people. -- Gay Talese

A landmark piece of nonfiction...sure to hold many surprises for readers of any race or experience...A mesmerizing book that warrants comparison to The Promised Land, Nicholas Lemann's study of the Great Migration's early phase, and Common Ground, J. Anthony Lukas's great, close-range look at racial strife in Boston...[Wilkerson's] closeness with, and profound affection for, her subjects reflect her deep immersion in their stories and allow the reader to share that connection. -- Janet Maslin ― The New York Times --This text refers to the paperback edition.

Isabel Wilkerson, winner of the Pulitzer Prize and the National Humanities Medal, is the author of the critically acclaimed New York Times bestseller The Warmth of Other Suns. Her debut work won the National Book Critics Circle Award for Nonfiction and was included in Time's 10 Best Nonfiction Books of the 2010s and in The New York Times's list of the Best Nonfiction of All Time. She has taught at Princeton, Emory, and Boston Universities and has lectured at more than two hundred other colleges and universities across the United States and in Europe and Asia. --This text refers to the paperback edition.

4.7 out of 5 stars
4.7 out of 5
141 global ratings
How are ratings calculated?
To calculate the overall star rating and percentage breakdown by star, we don’t use a simple average. Instead, our system considers things like how recent a review is and if the reviewer bought the item on Amazon. It also analyses reviews to verify trustworthiness.
Top reviews

The first 183 pages are a detailed account of the three main characters’ lives before they left the South, a section of the book that I felt was far too long. The author could have conveyed the same information in about a hundred and thirty fewer pages.

The following chapters are far more interesting and tell how these people made their way across the country — I love travel stories and this section of the book in particular is especially well written — and document their varied lives in their new homes, from their arrival as young people to their deaths as pensioners many decades later.

One key issue that is frequently touched on but never fully addressed is the impact that the arrival of hundreds of thousands of black migrants had on the receiving cities and on the places the migrants left.
For example, is Chicago a better city now that so many of its residents are black rather than white? Is the South worse off now that it has lost so many black people?
I feel that a chapter on this particular topic would have been a good way to end the book and to analyse the overs effects of the Migration.

Vikzwrites
5.0 out of 5 stars An important immersive read l.
Reviewed in the United Kingdom on 3 February 2021
Verified Purchase
I loved this book. The Warmth of Other Suns looks at the migration of Black Americans from North to South America. It chronicles the journeys of several individuals. . These weaving narratives highlight the racism faced by Black Americans in both parts of the U.S.A. Each of the narratives is engrossing and Immersive. I highly recommend this book. I received this book via netgalley in exchange for a honest review.
Read more
Report abuse

Owen Patrick
5.0 out of 5 stars The necessity for people of color in the Southern States to the northern cities and California.
Reviewed in the United Kingdom on 8 March 2021
Verified Purchase
A poignant, descriptive narrative about the many Americans migration to the Northern cities in the United States and the reasons why. The hardship they faced and the courageous decision to seek a better life but tinged with sadness at leaving behind family who they may not have seen again. A bitter sweet story of migration and the reality of prejudice in America through the years even today. Truly a must read to gain a full understanding of how the human spirit yearns for freedom and equality.
Read more
Report abuse

Gilly
5.0 out of 5 stars Marvellous
Reviewed in the United Kingdom on 28 March 2021
Verified Purchase
Amazing. Should be compulsory reading
Read more
Report abuse

nicola bock
5.0 out of 5 stars Book of the year for me
Reviewed in the United Kingdom on 14 December 2020
Verified Purchase
Book of the year for me
Read more
Report abuse
See all reviews
Back to top
Get to Know Us
Connect with Us
Make Money with Us
Let Us Help You
EnglishChoose a language for shopping.
© 1996-2021, Amazon.com, Inc. or its affiliates