Share <Embed>
Got a mobile device?
You have got a Kindle. 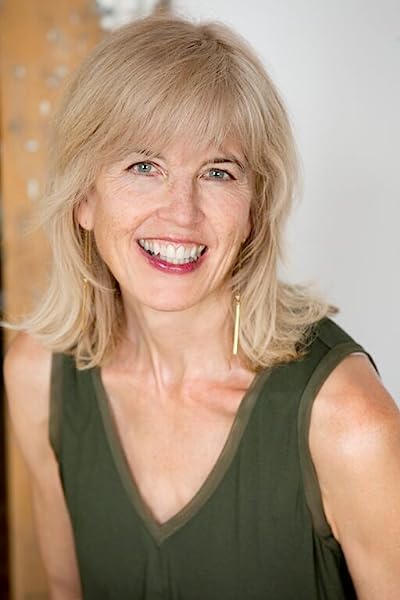 by Alison McGhee (Author), Michael Crouch (Narrator)
4.6 out of 5 stars 29 ratings
See all formats and editions
Sorry, there was a problem loading this page. Try again.
10 Days Replacement Only

After his dad commits suicide, Will tries to overcome his own misery by secretly helping the people around him in this exquisitely crafted story made up of one hundred chapters of one hundred words each, by award-winning and bestselling author Alison McGhee.

Sixteen-year-old Will spends most of his days the same way: Working at the Dollar Only store, trying to replicate his late father's famous cornbread recipe, and walking the streets of Los Angeles. Will started walking after his father committed suicide, and three years later he hasn't stopped. But there are some places Will can't walk by: The blessings store with the chest of 100 Chinese blessings in the back, the bridge on Fourth Street where his father died, and his childhood friend Playa's house.

When Will learns Playa was raped at a party-a party he was at, where he saw Playa, and where he believes he could have stopped the worst from happening if he hadn't left early-it spurs Will to stop being complacent in his own sadness and do some good in the world. He begins to leave small gifts for everyone in his life, from Superman the homeless guy he passes on his way to work, to the Little Butterfly Dude he walks by on the way home, to Playa herself. And it is through those acts of kindness that Will is finally able to push past his own trauma and truly begin to live his life again. Oh, and discover the truth about that cornbread.

Read more
Previous page
Next page
Start reading What I Leave Behind on your Kindle in under a minute.

Alison McGhee writes for all ages and in all forms. Her most popular books include the bestselling novel Shadow Baby, which was a Today Show Book Club pick, and Someday, the #1 New York Times bestselling picture book for adults. 2020 will see the publication of The Opposite of Fate, a new novel for adults, and World So Wide, a picture book for all ages. She lives in Minneapolis and southern California. You can find her at alisonmcghee.com, @alisonmcghee, and #alisonmcghee. She loves hearing from readers and tries to respond quickly.

4.6 out of 5 stars
4.6 out of 5
29 global ratings
How are ratings calculated?
To calculate the overall star rating and percentage breakdown by star, we don’t use a simple average. Instead, our system considers things like how recent a review is and if the reviewer bought the item on Amazon. It also analyses reviews to verify trustworthiness.
Top reviews

Andrew Clover
5.0 out of 5 stars delicate as rice paper, huge in its impact
Reviewed in the United Kingdom on 13 June 2018
Verified Purchase
There’s a book – Writing the Breakout Novel, written by super-agent Donald Maass – if you haven’t read it, you’ve read the book of someone who has, or the seen the film… The idea is: Make It Big. Make your hero a king. Make them SAVE THE WORLD. The book leads to all those superhero movies that filled the lobbies, and depress the spirits…
What I Leave Behind is the opposite of all that.
Written by Alison McGhee, author of Pullitser nominated Shadow Baby, or the eternally bestselling picture book Someday, What I Leave Behind is about small acts of kindness, in a big world gone bad.
It tells the tale of a boy who walks to work each day, and who spots a lonely child, a hungry homeless guy, and how he helps the through their small sadnesses. As the book goes on, he tries to help someone who has a far larger one, and it emerges he has a big wound of his own.
I won’t say too much, because I don’t want to ruin the charm of this exceptional book, which is as delicate as the rice paper round a fortune cookie, and as surprisingly moving as one dispensing real wisdom. I will just say…
1) I started reading it, on a low, sad day, and its quiet charm pulled, lulled, caressed me straight through to the end, when…
2) I suddenly wept very large tears, and then…
3) Felt far less alone, as if waking to a world that seemed quieter, better, but still filled with gentle kindness.
Buy it for its gorgeous cover. Read it. Then buy a copy for your friend. Leave it behind somewhere they’ll find it. Leave a small note. Let the book do the rest.
Read more
One person found this helpful
Report abuse

Sonja Schlegel
5.0 out of 5 stars At first...
Reviewed in the United States on 22 July 2021
Verified Purchase
The story was kinda of the kid going about his day but it all comes together at the end. Beautiful book.
Read more
Report abuse