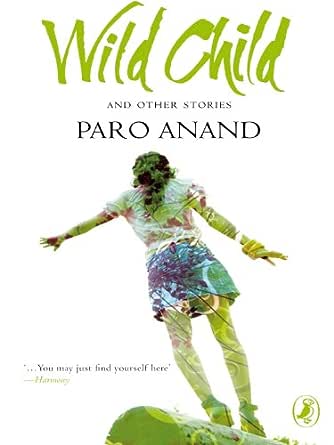 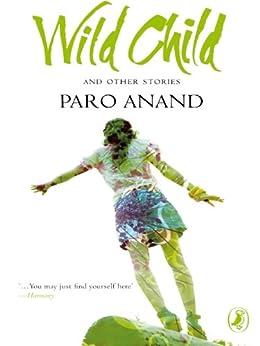 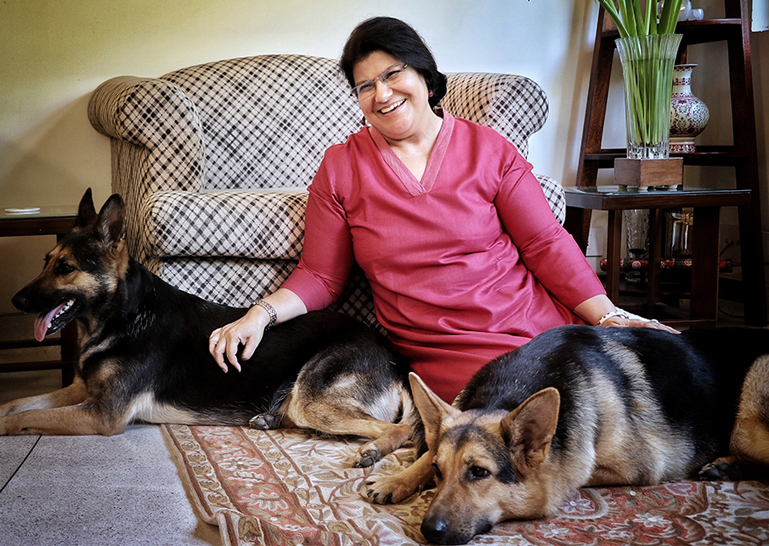 Paro Anand can t stop writing books for children, young adults and adults although many people tell her she should slow down. She also works with children in schools and NGOs, through her programme Literature in Action. She is a world record holder for helping children make the World s Longest Newspaper. She performs her stories for all who will listen in India and many parts of the world. She has been awarded for her contribution to children s literature by The Russian Centre for Science and Culture. On Republic Day 2007 Dr Kalam, the President of India, honoured her for her writing. Her book, No Guns at My Son s Funeral was on the IBBY Honour List and is also translated into German and Spanish. If you want to contact her to compliment or complain, or read more about her, visit her website, she gave a TEDx Talk on storytelling. --This text refers to an alternate kindle_edition edition.

This product is worth a read ! Reason i brought this novel i like the work of paro anand.. Her work always connects me... There are 10 stories which one is mine ? hmmm "They called her Fats" --mohamed asif patel Jun 16, 2013

Very nice book for the modern, urban teenager. Sensitive real life like situations. Good read for parents too, for understanding the young teenagers emotional dilemmas too. --By Amazon Customer 23 June 2014 --This text refers to an alternate kindle_edition edition.

4.4 out of 5 stars
4.4 out of 5
6 global ratings
How are ratings calculated?
To calculate the overall star rating and percentage breakdown by star, we don’t use a simple average. Instead, our system considers things like how recent a review is and if the reviewer bought the item on Amazon. It also analyses reviews to verify trustworthiness.

sujata
5.0 out of 5 stars A must read for teens and their parents alike!
Reviewed in India on 16 November 2017
Verified Purchase
Wild Child and Other Stories contains stories about teens dealing with issues that they grapple with. Paro Anand’s earlier book School Days which I thoroughly enjoyed was about tween’s issues but this one is so much darker because of the themes it deals with. Teens are unruly, difficult and moody but always in the need of love, both tough and tender.

This is an award winning book but why does it have such a bad cover? I mean come on, YA audience is used to being treated better all around the world. So glad it has now been re-released by Penguin India as Like Smoke which has 20 stories.

The title story Wild Child deals with a girl who is always bunking school (I had read an excerpt and decided to buy the book), vanishing somewhere where no one can find her. Intent only on punishing her, the elders make no enquiry or try to find out what is the matter with her. The answer when it comes, sheds light on her behaviour. People who deal with children need to be more aware and open, not to mention perceptive, to catch what is really the matter.

This is Shabir Karam is about children whose parents have been killed in Hindu- Muslim conflicts. Kids from different religions live together in a home but they have no love lost for each other. How children, who have no clue what religion is, are caught in the crossfire of hatred and bigotry will make you very uncomfortable.

Children are vulnerable, yet to form their opinions and adults, who are in a position to influence it, do grave disservice to them when they do it to meet their agenda. It makes children easy targets. Early childhood trauma is not something that can be reversed and their childhood is lost somewhere.

They Called Her ‘Fats’ is about an unruly, unfriendly and angry girl. Fatima has no friends and the children in the school spread vicious rumours about her. It is not only adults but children also fear what they don’t understand, and Fatima doesn’t make it easy for anyone. The sports teacher sees the potential in her when she throws the javelin.

Very few people are lucky to find something that channelizes what they have inside them. It just takes one person to believe in you. What makes the story riveting is that it has roots in reality.

Santa’s Not So Little Helper is in a lighter vein. A boy who writes a creative writing piece in class about being part of Santa’s family. It is funny and did take me back to my school days but it didn’t quite fit in this collection.

In Jason Jamison and I, a star tennis player with swoon worthy good looks is troubled inside. The perfect exterior is a facade. He is the new boy who defeats the old reigning champion. Looks can be deceiving (quite literally) and friendship can spring up in the oddest of places between unlikeliest of people.

Mixed marriages are taboo in India and it is the worst when it is a foreigner. When the marriage doesn’t work out the family is left in the deep end, shunned by the society. What is the child’s fault? But he or she is the one who has to bear the brunt of it.

Hearing My Own Story talks about abuse that goes on inside the house. Physical and mental abuse is a reality for many married women. They have no clue that they can walk out of their abusive marriages and claim compensation. But the ground reality is murky and in India where marital rape isn’t a crime, women are helpless. The social fabric is at fault. Both people, outside and inside the home tell you to keep mum.

Like Smoke was gut wrenching but felt short and abrupt. Maybe that is what the author wanted to show, how living in terrorist climes is, with bombing and shooting being everyday affairs. How uncertain and fragile their lives are with the threat of death looming on the horizon.

It makes you think about what is really being done about the situation in Kashmir. The militancy is destroying the lives of so many people, who are easy targets because they refuse to leave their motherland; it is the civilians who are paying the price for the unrest.

City Boy discovers ornithology after he moves to a quiet town from a bustling city. A city slicker learns how to live in the moment from a boy, who is an orphan and has no possessions he can call his own. The city boy is amazed at how zen and carefree he is. His mother moves to London to pursue a career opportunity and he stays with his father. She is not told to sacrifice her career for the sake of family. She follows her dreams without being made to feel guilty about it, either by her husband or son, which is quite refreshing. Children should be made to understand that gender roles are dynamic and fluid.

How many adults (adulting is hard) live in the moment? For all the gadgets at our disposal, and connectivity via social media platforms, instead of being fulfilled (happiness is too big a thing to even consider) isn’t it FOMO that strikes most of us?

In Those Yellow Flowers of August two teens are attracted to each other but they belong to different religions. Will it become a bone of contention between them or can they go beyond it? For me the story was about the Hindu-Muslim divide and the first stirrings of love. Instant romances are a little hard for a crusty adult like me to believe but I loved the story and the poetic title.

In Eid, Ayub is the son of a Christian woman and a Muslim man. His parents eschewed religion because of the impediment it caused in their marriage with both their families opposing it. So they chose to raise their son without religion and had planned to talk about it one day. But the Taj terror attacks happened and everything changed.

All Muslims are not terrorists. It is very important for parents to be aware and teach their kids that. Unknowingly they are passing on their opinions to them and sowing seeds of bigotry. Children can be mean and violent. In the story the question of bullying was addressed directly but without punishing the kids. How important is it to raise a child with a religion or have a religious identity? That is the question you are left with.

I Am Old and Tired Now opens with a teen complaining about his fighting parents and wants them to live separately. But when they finally get a divorce he’s the one who ends being surprised. With his parents getting divorced he feels unmoored and lost. When asked to write a creative piece from a news article in his English class, he draws parallels between the story and himself and finds that thing called hope.

Waiting is written from the perspective of a pet dog, Laila. When her owner doesn’t come home she has a bad feeling about it. The story is unusual and will break your heart if you have ever cared for an animal. It deals with the aftermath of the Mumbai terror attacks. There are so many casualties; I am not talking about the dead ones. What about the ones left behind to cope with the loss? What happens to a pet when the master doesn’t return home? Are there any provisions in India for that?

Funny and tender with Paro Anand’s usual razor sharp dialogues it is the perfect book to give a teen and their parents. Because there is nothing good about generation gap, especially when it comes in the way of understanding how the mind of their offspring works. You can only help someone when you can understand them.

The author has worked and interacted with so many children that there isn’t a false note. And some of the issues she deals with are not even talked about in educated middle class households. It is as if there is an unspoken rule in Indian Parent’s Guidebook that controversial and contentious subject matter will not be discussed at home!

Most of Paro Anand’s stories end on a hopeful note but this collection has quite a few realistic endings that makes the book not a light read but one that everyone should read.

annu
4.0 out of 5 stars Must read for young Indian teenagers and their parents
Reviewed in the United States on 23 June 2014
Verified Purchase
Very nice book for the modern, urban teenager. Sensitive real life like situations. Good read for parents too, for understanding the young teenagers emotional dilemmas too.
Read more
Report abuse
See all reviews
click to open popover
Unlimited FREE fast delivery, video streaming & more
Prime members enjoy unlimited free, fast delivery on eligible items, video streaming, ad-free music, exclusive access to deals & more.
> Get started
Back to top
Get to Know Us
Connect with Us
Make Money with Us
Let Us Help You
EnglishChoose a language for shopping.
© 1996-2020, Amazon.com, Inc. or its affiliates