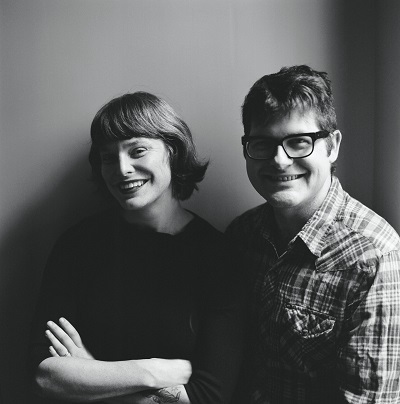 A band of runaway orphans allies with an underground collective of saboteurs and plans a daring rescue of their friends imprisoned in the belly of an industrial wasteland . . .

Two old friends draw closer to their goal of bringing together a pair of exiled toy makers in order to reanimate a mechanical boy prince . . .

As the fate of Wildwood hangs in the balance.

The third book in the Wildwood Chronicles is a rich, moving, and dazzling story, by turns funny and profound. Both Colin Meloy and Carson Ellis are at the height of their gifts with Wildwood Imperium.

Colin Meloy is the writer of the bestselling Wildwood Chronicles and the singer and songwriter for the band the Decemberists. The Golden Thread: A Song for Pete Seeger is his first picture book. He once joined Pete Seeger onstage, singing American folk standards at the Newport Folk Festival in 2011, and even now, he can barely believe it actually happened, it was so cool. He lives just outside Portland, Oregon, with his family.

Carson Ellis is the illustrator of a number of books for children, including the Wildwood Chronicles, and is the author and illustrator of the picture books Du Iz Tak?, a Caldecott Honor winner, and Home. Carson lives just outside Portland, Oregon, with her family.

Start reading Wildwood Imperium on your Kindle in under a minute.

4.8 out of 5 stars
4.8 out of 5
216 global ratings
How are ratings calculated?
To calculate the overall star rating and percentage breakdown by star, we don’t use a simple average. Instead, our system considers things like how recent a review is and if the reviewer bought the item on Amazon. It also analyses reviews to verify trustworthiness.
Top reviews

Jensine
5.0 out of 5 stars Total escapism!
Reviewed in the United Kingdom on 22 February 2015
Verified Purchase
I've really loved all of these books and this one was no different.

I won't give any of it away, so I'll just say it's another really enjoyable read.

I was a little concerned in the last few pages that it wouldn't be wrapped up in a way that I was satisfied with. I loved all the characters so much I really wanted to know what became of them all. I was not disappointed!

Emily Crellin
5.0 out of 5 stars A wonderful story!
Reviewed in the United Kingdom on 14 June 2020
Verified Purchase
A wonderful story that arrived in very good time. Thank you!
Read more
Report abuse

gazwahj
5.0 out of 5 stars Brilliant
Reviewed in the United Kingdom on 24 April 2015
Verified Purchase
Well paced. Beautifully illustrated. A fairy tale for the modern world. Read it !!!
You won't regret it. Absolutely lovely.
Read more
One person found this helpful
Report abuse

doug
5.0 out of 5 stars Deeply, deeply enjoyable.
Reviewed in the United Kingdom on 22 March 2015
Verified Purchase
Deeply,deeply enjoyable.
Read more
One person found this helpful
Report abuse
See all reviews
Back to top
Get to Know Us
Connect with Us
Make Money with Us
Let Us Help You
EnglishChoose a language for shopping.
© 1996-2021, Amazon.com, Inc. or its affiliates