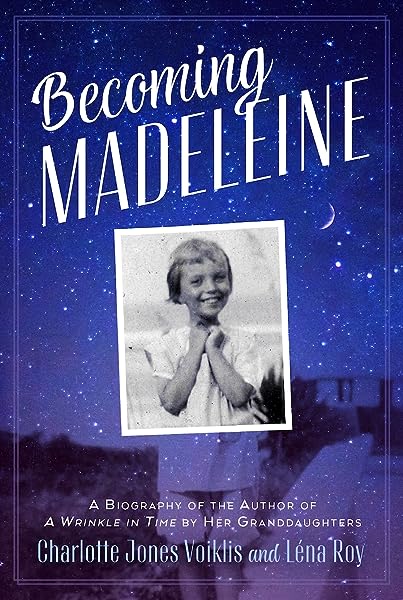 A Wind in the Door (A Wrinkle in Time Quintet) Mass Market Paperback – Import, 1 May 2007

by Madeleine L'Engle (Author)
4.6 out of 5 stars 692 ratings
See all formats and editions
Sorry, there was a problem loading this page. Try again.
FREE delivery: July 15 - 22 Details

“Complex concepts of space and time are handled well for young readers, and the author creates a suspenseful, life-and-death drama that is believably of cosmic significance. Complex and rich in mystical religious insights, this is breathtaking entertainment.” ―Starred, School Library Journal

Madeleine L'Engle (1918-2007) was the Newbery Medal-winning author of more than 60 books, including the much-loved A Wrinkle in Time. Born in 1918, L'Engle grew up in New York City, Switzerland, South Carolina and Massachusetts. Her father was a reporter and her mother had studied to be a pianist, and their house was always full of musicians and theater people. L'Engle graduated cum laude from Smith College, then returned to New York to work in the theater. While touring with a play, she wrote her first book, The Small Rain, originally published in 1945. She met her future husband, Hugh Franklin, when they both appeared in The Cherry Orchard.

Upon becoming Mrs. Franklin, L'Engle gave up the stage in favor of the typewriter. In the years her three children were growing up, she wrote four more novels. Hugh Franklin temporarily retired from the theater, and the family moved to western Connecticut and for ten years ran a general store. Her book Meet the Austins, an American Library Association Notable Children's Book of 1960, was based on this experience.

Her science fantasy classic A Wrinkle in Time was awarded the 1963 Newbery Medal. Two companion novels, A Wind in the Door and A Swiftly Tilting Planet (a Newbery Honor book), complete what has come to be known as The Time Trilogy, a series that continues to grow in popularity with a new generation of readers. Her 1980 book A Ring of Endless Light won the Newbery Honor. L'Engle passed away in 2007 in Litchfield, Connecticut.

4.6 out of 5 stars
4.6 out of 5
692 global ratings
How are ratings calculated?
To calculate the overall star rating and percentage breakdown by star, we don’t use a simple average. Instead, our system considers things like how recent a review is and if the reviewer bought the item on Amazon. It also analyses reviews to verify trustworthiness.
Top reviews

DSP
5.0 out of 5 stars Amazing
Reviewed in India on 11 January 2019
Verified Purchase
I loved this book. People who have a keen interest in the different fictional theories about the particles should go for this one.
Read more
Helpful
Report abuse
See all reviews

Cliente Kindle
5.0 out of 5 stars Loving book
Reviewed in Italy on 27 December 2017
Verified Purchase
This book is a kind of therpy to those who have a depressed relative. It's also a book for kids, so wonderfull
Read more
Report abuse
Translate review to English

brightroad
5.0 out of 5 stars Five Stars
Reviewed in Canada on 10 June 2018
Verified Purchase
very good products, fast delivery. thank you
Read more
Report abuse
See all reviews
Back to top
Get to Know Us
Connect with Us
Make Money with Us
Let Us Help You
EnglishChoose a language for shopping.
© 1996-2021, Amazon.com, Inc. or its affiliates