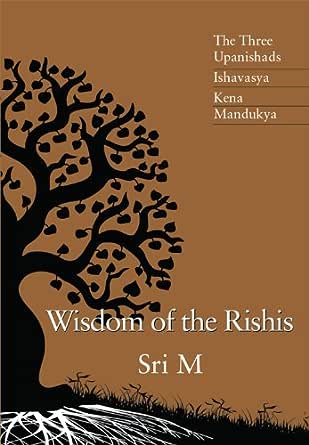 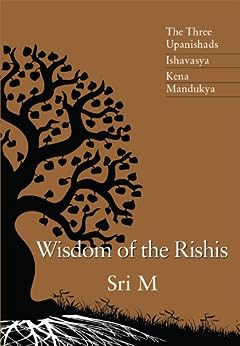 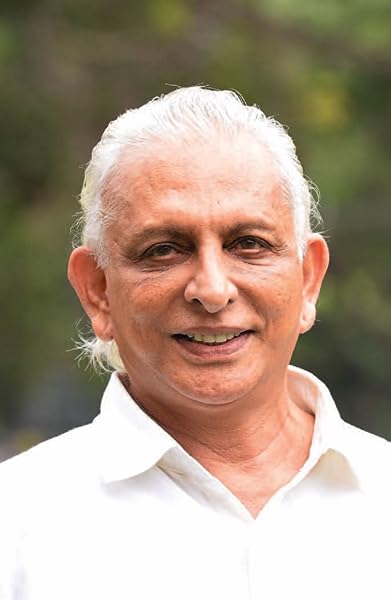 Sri M was born in Tiruvananthapuram, Kerala. At the age of nineteen and a half, attracted by a strange and irresistible urge to go to the Himalayas, he left home. At the Vyasa Cave, beyond the Himalayan shrine of Badrinath, he met his Master and lived with him for three and a half years, wandering freely, the length and breadth of the snow clad Himalayan region. --This text refers to the paperback edition.

4.5 out of 5 stars
4.5 out of 5
108 global customer ratings
How does Amazon calculate star ratings?
Amazon calculates a product's star ratings based on a machine learned model instead of a raw data average. The model takes into account factors including the age of a rating, whether the ratings are from verified purchasers and factors that establish reviewer trustworthiness.

Rajagopalan
5.0 out of 5 stars The Upanishads simplified
Reviewed in India on 11 August 2016
Verified Purchase
This book is wonderfully written. Extracted from Sri M's talks, it presents an explanation of three principal Upanishads in a manner that appeals to the scientific mind and even the non believer. Literal Sanskrit translations of these Upanishads are freely available. I like Eknath Easwaran's version. However, the explanation that Sri M offers is par excellence. Please tolerate the repetitions. They don't detract from the wisdom of the teachings. My heart was filled with emotions by the end of the book. And the best part, Sri M responds to any queries or comments that you mail him with. So any doubts that may linger are easily clarified. I recommend reading this book in conjunction with a chapter in another book by the same author on Hinduism. The chapter in that book is titled, 'Thus spoke the master' This book has the potential to change the life of a seeker. Strongly recommended. 5 stars all the way!
Read more
10 people found this helpful
Helpful
Comment Report abuse

Ankit kumar
5.0 out of 5 stars A must read for the seekers of truth and happiness
Reviewed in India on 7 October 2017
Verified Purchase
A MUST read. The shlokas of Ishavasya, Kena and Mandukya Upanishads are explained beautifully. Easy to understand. Each and every sentence has a veey deep meaning and the readers will enjoy a lot while reading. A must read for all the seekers of truth and happiness. Thanks to Sri M for making the upanishads so easy for the common people to understand.
Read more
2 people found this helpful
Helpful
Comment Report abuse

Sami Bagchi
5.0 out of 5 stars The Journey
Reviewed in India on 27 July 2018
Verified Purchase
This book indeed ...as Sri M says....is not only for regular reading but also to question ourselves regularly on the various issues...and find the answer within us.
Everyone has to find the answer to the riddles of life himself and herself. Upanishads are some of the very useful aids to facilitate that journey.
Read more
One person found this helpful
Helpful
Comment Report abuse

AK
5.0 out of 5 stars Very lucid and enlightening
Reviewed in India on 16 April 2019
Verified Purchase
An awesome book by Sri. M. Very lucid text and commentary for layman to understand. Though full upanishad has not been covered, but gist of the three upanishads covered has been presented. A must read for soul enlightenment.
Read more
Helpful
Comment Report abuse

A.M.V.Robinson
5.0 out of 5 stars A must read
Reviewed in India on 8 July 2018
Verified Purchase
Beautifully explained, the essence of the three very important Upanishads. Transliteration of original Sanskrit verses enrich the reading and our understanding. Explaining the unexplainable is difficult but author has succeeded in taking us to the core.
Read more
Helpful
Comment Report abuse

saumya sharma
5.0 out of 5 stars Very good for those who want to know the upanishads but in English
Reviewed in India on 19 December 2019
Verified Purchase
A comprehensive and easy guide on the most important aspects of the upanishads by Sri M.
Read more
Helpful
Comment Report abuse

hariprasad
5.0 out of 5 stars True wisdom of our ancient sages
Reviewed in India on 23 September 2016
Verified Purchase
Real gist of the Upanishads. Sri M goes to all length and breadth of each Shloka and explains all perspective of its true meaning. I am really overwhelmed about the wisdom the Upanishads contain and the way the author has explained it. Thank you dear sir Sri M.
Read more
Helpful
Comment Report abuse

ANKIT MALIK
4.0 out of 5 stars A Good book for beginners and written in simple language so that you can understand it easily.
Reviewed in India on 28 June 2020
Verified Purchase
Get knowledge of 3 upnishad in summary form and after each upnishad you will find Question and answer related to upnishad that will be very helpful to clear your doubt.
Read more
Helpful
Comment Report abuse
See all reviews

Amazon Customer
5.0 out of 5 stars Amazing, easy to read and understand.
Reviewed in Canada on 29 June 2019
Verified Purchase
Everyone seeking spiritual growth must read this book. It's an amazing book, the language is pretty simple and easy to understand. This is the 4th book by Sri M that I have read and I love the flow with which he writes the entire book, from the beginning till the end. For a common man Upanishads can be really difficult to understand but trust me Sri M explained every minute details very beautifully.
Read more

Helpful
Sending feedback...
Thank you for your feedback.
Sorry, we failed to record your vote. Please try again
Report abuse

Majidb
5.0 out of 5 stars A good take on the Upanishads.
Reviewed in Canada on 19 August 2017
Verified Purchase
To read this is to delve into an ancient past with a modern sage.
Read more
One person found this helpful
Helpful
Sending feedback...
Thank you for your feedback.
Sorry, we failed to record your vote. Please try again
Report abuse

Gabby Steven
5.0 out of 5 stars Five Stars
Reviewed in Australia on 4 February 2016
Verified Purchase
An enlightening read
Read more
Helpful
Sending feedback...
Thank you for your feedback.
Sorry, we failed to record your vote. Please try again
Report abuse
See all reviews
click to open popover
Unlimited FREE fast delivery, video streaming & more
Prime members enjoy unlimited free, fast delivery on eligible items, video streaming, ad-free music, exclusive access to deals & more.
> Get started
Back to top
Get to Know Us
Connect with Us
Make Money with Us
Let Us Help You
EnglishChoose a language for shopping.
© 1996-2020, Amazon.com, Inc. or its affiliates