Skip to main content
The Wise Men: Six Friends and the World They Made and over 2 million other books are available for Amazon Kindle . Learn more
Share <Embed>

₹ 939.00
& FREE Delivery on eligible orders. Details
Sold by: Trans Infopreneur Inc
Have one to sell?
Sell on Amazon 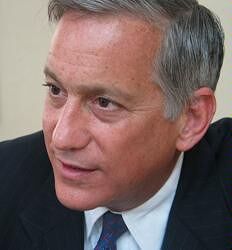 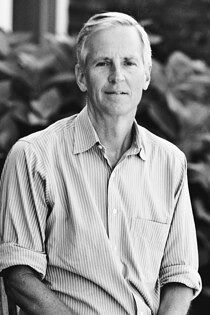 The Wise Men: Six Friends and the World They Made Paperback – 4 June 2013

“A wealth of new information and insights on the people and events that shaped the first four decades of the Cold War.” ― The Boston Globe

“Must be read if we are to understand the postwar world.” -- Robert A. Caro, author of Master of the Senate: The Years of Lyndon Johnson

“A richly textured account of a class and of a historical period.” ― New York Times Book Review

Walter Isaacson, a professor of history at Tulane, has been CEO of the Aspen Institute, chair of CNN, and editor of Time. He is the author of Leonardo da Vinci; The Innovators; Steve Jobs; Einstein: His Life and Universe; Benjamin Franklin: An American Life; and Kissinger: A Biography, and the coauthor of The Wise Men: Six Friends and the World They Made. Visit him at Isaacson.Tulane.edu.

Evan Thomas is the author of The Very Best Men: Four Who Dared: The Early Years of the C.I.A.; Robert Kennedy: His Life; The War Lovers: Roosevelt, Lodge, Hearst and the Rush to Empire, 1989; Sea of Thunder: The Last Great Naval Command, 1941-1945; and John Paul Jones. His most recent book is Ike’s Bluff: President Eisenhower’s Secret Battle to Save the World.

Start reading The Wise Men: Six Friends and the World They Made on your Kindle in under a minute.

4.6 out of 5 stars
4.6 out of 5
293 global ratings
How are ratings calculated?
To calculate the overall star rating and percentage breakdown by star, we don’t use a simple average. Instead, our system considers things like how recent a review is and if the reviewer bought the item on Amazon. It also analyses reviews to verify trustworthiness.

Overseas Reviewer
4.0 out of 5 stars Six biographies in one and extremely well done, if fawning in places
Reviewed in the United Kingdom on 23 January 2008
Verified Purchase
This is a very enjoyable history of the origins of the cold war and national security policy making into the 70s. It's much better at covering the period between 1944 to the mid 50s than it is for the later stuff, partly because the protagonists had a more central role earlier and then found themselves on the periphery. Discussing Vietnam policy making through the experiences of the six leaves a lot undiscussed, but it isn't bad.
The early chapters are not particularly interesting, except from the fact that they provide a vivid and surprising insight into the world of the east-coast aristocracy (1st half 20C), which is probably necessary for a full appreciation of what follows.

Apart from the less informative later chapters, the only other grievance that I can cite is the fact one does get the impression that the authors have been a little less critical of their subjects (and JFK) than is reasonable. It is also perhaps too harsh on LBJ.
Read more
7 people found this helpful
Report abuse

Inara L
5.0 out of 5 stars Five Stars
Reviewed in the United Kingdom on 27 November 2015
Verified Purchase
Everyone should read this book - how America & Israel shaped and own the financial markets
Read more
One person found this helpful
Report abuse

john murphy
5.0 out of 5 stars Five Stars
Reviewed in the United Kingdom on 24 October 2016
Verified Purchase
A must read for the student of the Cold War
Read more
One person found this helpful
Report abuse

Caomhin
5.0 out of 5 stars not for eveyones eyes
Reviewed in the United Kingdom on 29 September 2015
Verified Purchase
Eye opening read
Read more
One person found this helpful
Report abuse
See all reviews
Back to top
Get to Know Us
Connect with Us
Make Money with Us
Let Us Help You
EnglishChoose a language for shopping.
© 1996-2021, Amazon.com, Inc. or its affiliates