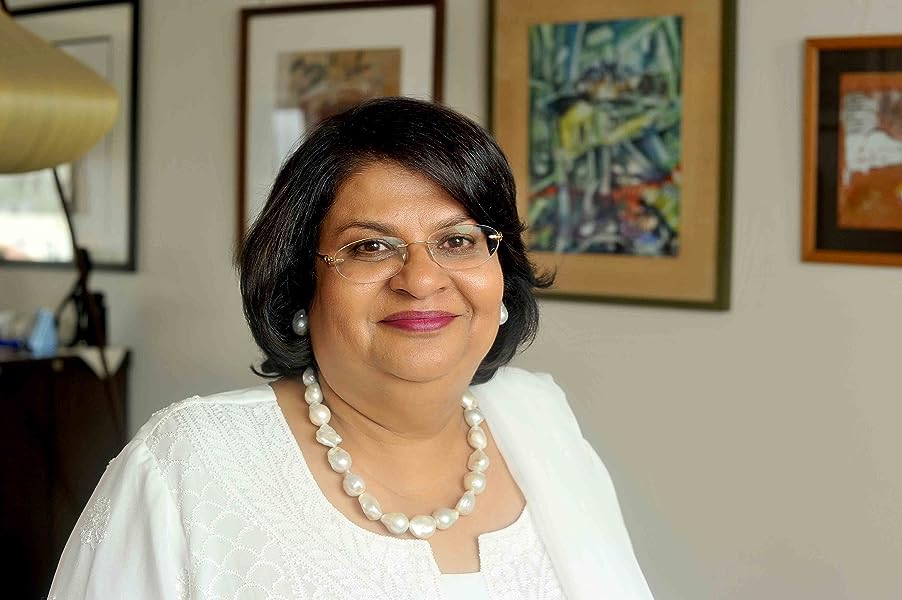 by Archana Garodia Gupta (Author)
4.4 out of 5 stars 157 ratings
See all formats and editions
Sorry, there was a problem loading this page. Try again.
FREE delivery: Sunday, Oct 24 on first order.

Bank Offer (13): 10% Instant Discount up to INR 1500 on Citibank Credit Card Transactions. Minimum purchase of INR 5000 See All
No Cost EMI: Avail No Cost EMI on select cards for orders above ₹3000 Details
Cashback: 10% back up to ₹100 on using Amazon Pay UPI to pay for your shopping transaction. No minimum order value. Valid once per customer during the offer period, applicable only on the Amazon app. Details
Partner Offers (2): Buy 3, Get 6% extra off; Buy 4 or more, Get 8% extra off from this list See All
See 2 more
Pay on Delivery
10 Days Replacement Only
Amazon Delivered
No-Contact Delivery
What is Pay on Delivery (Cash/Card)?
Pay on Delivery (Cash/Card) payment method includes Cash on Delivery (COD) as well as Debit card / Credit card / Net banking payments at your doorstep.
Amazon Delivered
Amazon directly manages delivery for this product. Order delivery tracking to your doorstep is available.
No-Contact Delivery

Read about twenty feisty and inspiring, yet largely forgotten, women in Indian history who shaped the fates of entire kingdoms:

The Bhaumakara Queens - defying the norms of a patriarchal world, six Mahadevi queens of the Bhaumakara dynasty successfully ruled Odisha in the 9th and 10th centuries.

Didda of Kashmir - known for her keen political instinct and a ruthlessness that spared no one.

Raziya Sultan - the first Muslim woman ruler and the only woman to rule as the Sultan of Delhi.

Rudrama Devi of Warangal - “She was a lover of justice, of equity, and of peace, she was more beloved by those of her kingdom than ever was a Lady or Lord of theirs before.” - Marco Polo.

The Heroines of Chittor - Tarabai, Karmavati, Jawahirbai and Mirabai, the unusual Chittor royal women, who were warriors, administrators, rulers and poets.

Rani Durgavati ruled Gondwana with great ability for 20 years and died on the battlefield defending her kingdom from Mughal armies.

Abbakka of Ullal - the fearless queen who burnt a Portuguese fleet and took on the colonizers in their heyday.

Chand Bibi - ruled the fractious kingdoms of Bijapur and Ahmadnagar as regent for many years and defended Ahmednagar successfully from Akbar’s forces.

Nur Jahan - the all-powerful queen of the Mughal Empire who ruled for 15 years and set lasting precedents in the fields of fashion, jewellery, cuisine, entertainment, literature, architecture, gardening and interior design.

Karnavati of Garhwal decisively defeated an invading army dispatched by Shah Jahan to capture her kingdom, and sent them back with their noses chopped off!

Rani Mangammal of Madurai - a famed administrator who built alliances at a time when going to war was the order of the day.

Chennamma of Keladi - best remembered for her quixotic act of sheltering the fugitive Maratha king Rajaram, and then holding off the armies of Mughal Emperor Aurangzeb.

The Attingal Ranis - the mothers of the kings of Travancore, who also ruled their own territory of Attingal independently for 400 years.

Tarabai - saved the Maratha Empire from Aurangzeb, and over time spread the power of the Marathas into Mughal territory.

Ahilya Bai Holkar - Her rule of 30 years of the state of Indore was extraordinary and is considered one of the best reigns in the country, by man or woman.

Veeramangai Velu Nachiyar - a much-feted Tamil heroine, she is hailed as the first woman freedom fighter against the British in the 1770s, predating Kittur Chennamma and the Rani of Jhansi.

Begum Samru - a courtesan who went on to become the head of a mercenary army and the ruler of the prosperous kingdom of Sardhana, Meerut, for 55 years.

Kittur Chennamma - one of the earliest to battle the British, valuing her freedom above all else.

Lakshmibai of Jhansi - “The Ranee was remarkable for her bravery, cleverness and perseverance; her generosity to her subordinates was unbounded. These qualities, combined with her rank, rendered her the most dangerous of the rebel leaders.” - General Sir Hugh Rose.

The Begums of Bhopal - Bhopal was ruled by four women rulers in succession for more than a century, whose enlightened and inclusive rule saw efforts to better the lives of the people, creating an early prototype of a welfare state.

With a lifelong passion for books, languages, travel and history, Archana Garodia Gupta has a knack for weaving delightful nuggets of information into engaging tales. A leading national quizzer, she has won the ‘Champion of Champions’ title from BBC’s Mastermind India. She regularly writes articles on history and business for magazines, and was seen as a member of the expert panel on Kaun Banega Crorepati. She was the national president of the FICCI Ladies Organization (FLO) in 2015–16, where she set up many programmes for the empowerment of Indian women. Archana was raised in New Delhi and holds an MBA from IIM, Ahmedabad. She lives in Delhi where she and her husband run a jewellery business under the Touchstone brand.

Start reading The Women Who Ruled India: Leaders. Warriors. Icons. on your Kindle in under a minute.

4.4 out of 5 stars
4.4 out of 5
157 global ratings
How are ratings calculated?
To calculate the overall star rating and percentage breakdown by star, we don’t use a simple average. Instead, our system considers things like how recent a review is and if the reviewer bought the item on Amazon. It also analyses reviews to verify trustworthiness.

Angel of Chocolates
4.0 out of 5 stars What a powerhouse Indian historical women have been!
Reviewed in India on 28 December 2020
Verified Purchase
Just read a few chapters so far, but I have to say, I am greedy to read more about these women rulers. Maybe Archana can write an entire book for each of these women leaders... Once you begin to read, you are hungry for more.
Finished reading about Tarabai. Must say, if whatever is accounted for her here is true, she must have been a rather shrewd, stone headed and invincible woman to have lived in her times and called the shots even remotely.
I love it that Indian women were so powerful and yet feel disappointed that the same character strength is not shown by women of modern India!
Every chapter, within itself, is like a book about that particular historical character!!
Read more

4.0 out of 5 stars What a powerhouse Indian historical women have been!
By Angel of Chocolates on 28 December 2020
Just read a few chapters so far, but I have to say, I am greedy to read more about these women rulers. Maybe Archana can write an entire book for each of these women leaders... Once you begin to read, you are hungry for more.
Finished reading about Tarabai. Must say, if whatever is accounted for her here is true, she must have been a rather shrewd, stone headed and invincible woman to have lived in her times and called the shots even remotely.
I love it that Indian women were so powerful and yet feel disappointed that the same character strength is not shown by women of modern India!
Every chapter, within itself, is like a book about that particular historical character!!

Amazon Customer
5.0 out of 5 stars Mind blowing!!
Reviewed in India on 6 June 2019
Verified Purchase
What an absolutely amazing and inspirational book! Didn’t know so many of these names - a total eye opener. A must read for anyone interested in a different take on Indian history than is the “normal” narrative, a must read for anyone with claims to an equalist mindset, and an absolute must read also for anyone who believes that ancient India always oppressed their women!!

Neha sharma
5.0 out of 5 stars 20 iconic women, 20 fascinating stories
Reviewed in India on 16 October 2020
Verified Purchase
Such a beautiful book
20 iconic women, 20 fascinating stories
Something still unknown to the world..Stories of power, strength and moulding the circumstances
They Ascended to the throne not by succession but in rare and specific circumstances.
20 examples where women refused to cow down.
Read more

5.0 out of 5 stars 20 iconic women, 20 fascinating stories
By Neha sharma on 16 October 2020
Such a beautiful book
20 iconic women, 20 fascinating stories
Something still unknown to the world..Stories of power, strength and moulding the circumstances
They Ascended to the throne not by succession but in rare and specific circumstances.
20 examples where women refused to cow down.

udayan a.
4.0 out of 5 stars Good product.
Reviewed in India on 2 August 2019
Verified Purchase
Good collectionof historical figures who playedroles no less than greater kings with huge armies.Language is so simple that any reader can read it without help of dictionary.
Read more
One person found this helpful
Helpful
Report abuse

TC
5.0 out of 5 stars A well-written book on powerful Indian royal women across eras
Reviewed in India on 21 February 2021
Verified Purchase
It's an amazing, well-researched work on powerful, regal women across India and its eras.
Read more
Helpful
Report abuse

B M
1.0 out of 5 stars Informative but doesn't have that excitement to finish
Reviewed in India on 13 February 2020
Verified Purchase
I don't feel the urge to finish it after started reading, don't know about good or bad, may be ok type
Read more
One person found this helpful
Helpful
Report abuse

Amazon Customer
5.0 out of 5 stars Extremely well written
Reviewed in India on 29 September 2020
Verified Purchase
This book is very good to read. The content never bores a minute. It contains so many unknown stories. The best part is that it keeps a neutral point of view of the protagonists covering both the vices and virtues.
Read more
Helpful
Report abuse

Suranya Sengupta
3.0 out of 5 stars Recommended
Reviewed in India on 21 October 2019
Verified Purchase
Great compilation of history of some of the lesser known women who made a mark in India. Wonderful and simple narrative.
Read more
Helpful
Report abuse
See all reviews

Amazon Customer
5.0 out of 5 stars Brilliant!
Reviewed in the United States on 4 April 2020
Verified Purchase
A truly fascinating book based on high quality research. I had no idea that so many women had ruled India! I also loved the writing style. You can see the passion for history flow through the pages - and it is infectious!
Read more
Report abuse
See all reviews
Back to top
Get to Know Us
Connect with Us
Make Money with Us
Let Us Help You
EnglishChoose a language for shopping.
© 1996-2021, Amazon.com, Inc. or its affiliates