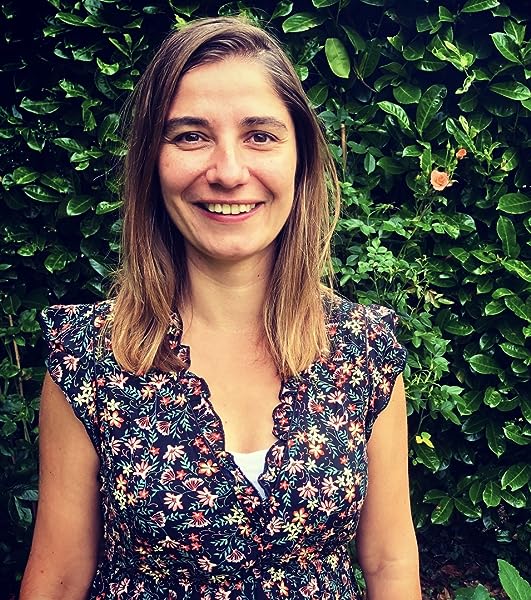 Bank Offer (4): 10% Instant Discount up to INR 1500 on Bank of Baroda Credit Card Transactions. Minimum purchase value INR 5000 See All
No Cost EMI: Avail No Cost EMI on select cards for orders above ₹3000 Details
Partner Offers: Get GST invoice and save up to 28% on business purchases. Sign up for free Details
See 1 more
10 Days Replacement Only

...a gem of a book: everything a woman writer might need in one slim volume.

A. S. Byatt is renowned internationally for her novels and short stories. Her novels include the Booker Prize-winning Possession, The Biographer's Tale and the quartet, The Virgin in the Garden, Still Life, Babel Tower and A Whistling Woman. Her most recent novel, The Children's Book was published in 2009. Her highly acclaimed collections of short stories include Sugar and Other Stories, The Matisse Stories, The Djinn in the Nightingale's Eye, Elementals and Little Black Book of Stories. A distinguished critic as well as a writer of fiction, A S Byatt was appointed CBE in 1990 and DBE in 1999.

In 2012, Lim was named the Singapore recipient of the South East Asia Write Award. Her most recent novel, The River's Song, was published by Aurora Metro Books (2014) and was named 'Best Books of 2015' by Kirkus Reviews. Her novel Fistful of Colours (1992) was awarded the Inaugural Singapore Literature Prize. A short story from Lim's The Lies That Build A Marriage, was made into a film. Her work is also featured in Writing The City, commissioned by British Council, Singapore. She has received a Fulbright grant, and is also a Fellow and former International Writer-in-Residence of the International Writers' Program, University of Iowa. She was the Arvon Foundation writer-in-residence, at Moniack Mhaor, in 2005. She has participated in the Edinburgh Book Festival and the Melbourne Writers' Festival, among many others. Lim has also held writing residencies in the Philippines, Myanmar, South Korea, Australia and the United Kingdom.

A historian and writer, she has written many novels based on the Tudor period, notably The Other Boleyn Girl, which was made into a major film and The White Queen which has been dramatised for TV by the BBC. She founded the charity 'Gardens for The Gambia' which sinks wells to enable market gardening in Gambian schools. She is also a patron of the UK Chagos Support Association, which supports the Chagos islanders in their struggle against the British injustice of being displaced from their homes in the 1960s and 70s for the building of an American airbase.

Vitale was born in Montevideo, Uruguay in 1923. She is a literary critic, translator and author of more than a dozen poetry collections, including La luz de esta memoria (The Light of this Remembrance) (1949), Palabra dada (Expectant Words) (1953), Cada uno en su noche (Each in His Own Night) (1960), Jardín de sílice (Garden of Silica) (1978), Procura de lo imposible (Procurement of the Impossible) (1998), Reducción del infinito (Reduction of the Infinite) (2002), El Abc de Byobú (Byobú's ABC) (2005) and most recently Plantas y animales (Plants and Animals) (2003). Vitale is the recipient of international literary prizes such as the Octavio Paz Prize for Poetry and Essay (2009), the Alfonso Reyes International Prize (2015), the Reina Sofia Prize for Ibero-American Poetry (2015) and the Cervantes Prize. Vitale collaborated closely with Latin American literary magazines such as Asir, Clinamen, Época, Jaque, Maldoror, Marcha, Uno más uno and Vuelta. In 1973, she and her husband, the poet Enrique Fierro, sought exile in Mexico, where they lived until 1984. In 1989 they moved to Austin, Texas.Vitale now lives in Montevideo, Uruguay.

Brazilian human rights activist and author Djamila Ribeiro was born in the port city of Santos. She went on to study political philosophy at UNIFESP, one of the best universities in Brazil. Djamila is now one of the most popular writers and public figures in the Afro-Brazilian women's rights movement. Her blog has hundreds of thousands of followers and she regularly makes public appearances to discuss the lives of women in Brazil, a country in which people of colour experience exceptional levels of violence and prejudice. Her most recent book is Nos, Madelenas: uma palavra pelo feminismo (trans: We Magdalenes: a word for feminism). In 2016, Djamila was appointed sub-secretary of Human Rights for the City of Sao Paulo, a position which she continues to hold. Ribeiro was awarded a Master in Political Philosophy from the Federal University of São Paulo. She is the author of Lugar de Fala, Quem tem medo do Feminismo Negro? and Pequeno Manual Antirracista, (still without translation into German). She is the Coordinator of the Plural Feminisms Collection, which fosters titles written by black people at an affordable price. A Laureate of the Prince Claus Award 2019 she was named one of the 100 most influential women in the world by the BBC.
Start reading The Women Writers Handbook 2020 on your Kindle in under a minute.

3.5 out of 5 stars
3.5 out of 5
2 global ratings
How are ratings calculated?
To calculate the overall star rating and percentage breakdown by star, we don’t use a simple average. Instead, our system considers things like how recent a review is and if the reviewer bought the item on Amazon. It also analyses reviews to verify trustworthiness.
Top reviews

hooklaurence
4.0 out of 5 stars Outside the comfort Zone
Reviewed in the United Kingdom on 17 September 2020
Verified Purchase
Liked the breadth of the book and appreciated range of writers. Gabi Reigh's trip through the hazards of translating but the necessity of the task to escape being caught in the clutches of orthodoxy was a treat, but she is a friend!
Read more
Report abuse
See all reviews
Back to top
Get to Know Us
Connect with Us
Make Money with Us
Let Us Help You
EnglishChoose a language for shopping.
© 1996-2022, Amazon.com, Inc. or its affiliates