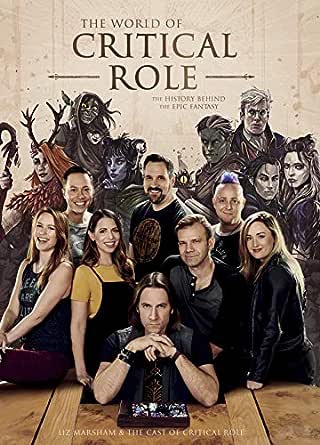 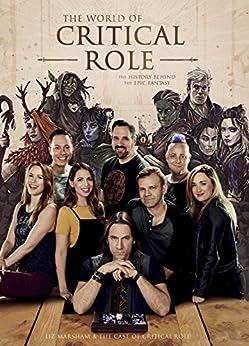 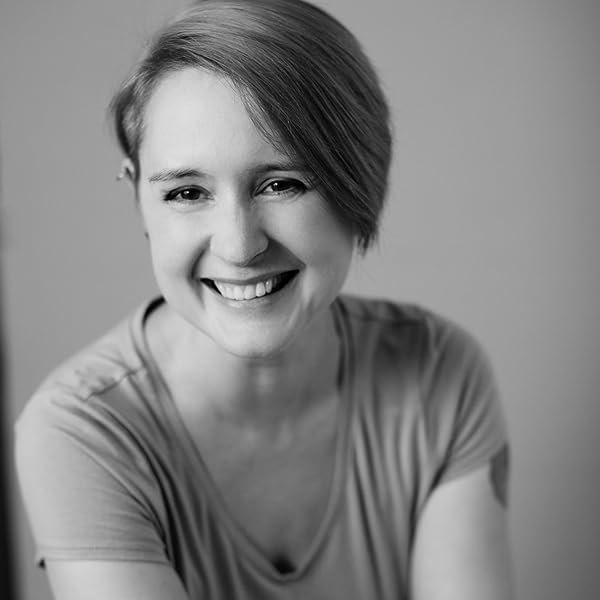 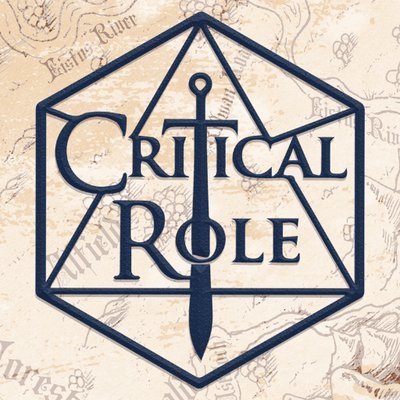 The World of Critical Role: The History Behind the Epic Fantasy Kindle Edition

by Liz Marsham (Author), Cast of Critical Role (Author) Format: Kindle Edition
See all formats and editions Hide other formats and editions
Read more Read less
Previous page
Next page
Due to its large file size, this book may take longer to download

Liz Marsham writes books of all types for readers of all ages. She began her storytelling career as an editor at DC Comics and Disney Publishing. As a D&D character, she would most likely be a warlock: She can do a couple of cool things in a row, but then she needs a nap. She runs a tiny fiefdom in Southern California with her husband, son, two cats, and what she insists is a “perfectly reasonable” number of dice.

Critical Role features seven popular voiceover actors diving into epic fantasy RPG adventures, led by veteran game master Matthew Mercer. What began in 2012 as a bunch of friends playing in each other’s living rooms has evolved into a multi-platform entertainment sensation, attracting nearly a million viewers every week. --This text refers to an alternate kindle_edition edition.


There is a bit of magic in our world sometimes. Not spell magic, although that would be amazing—and sign me up for some fire-based powers, please—but chemistry between people. The kind that is effortless and enrapturing, and that you can’t stop watching. This is what Critical Role embodies for so many people. Including me.

My own discovery of the group was like most people’s: Through word of mouth. At a party in 2014, my friend Ashley Johnson mentioned that she played D&D with other voiceover actors. Not only did I fall more in love with her after hearing that (she is so very lovable so that wasn’t very hard) but I was hooked on the idea of watching her and her friends play. I never got that chance due to my “all work, no fun” nature at the time, but a year later, when I decided to start a Twitch channel with my former company Geek & Sundry, the first item I put on the brainstorm board was “D&D Live.” The first note I put under THAT was “Email Ashley Johnson.”

I still didn’t get the chance to watch the group before they started playing on the channel. But hearing how entertaining they were from my employees who went to scout them convinced me they were perfect. I felt the work of kismet happening, and I knew in my gut that they would be the exact match needed for my grassroots style. Sight unseen. (Yes, I am a “program first, ask questions later” kind of gal.) The very first time I actually watched them perform was with thousands of other people when they premiered on the channel. As soon as I saw them on screen, having the best time together, I was dazzled and obsessed and knew in my heart they were going to change the world of role-playing. And boy, have they.

Many may wonder what makes Critical Role stand out from all the other role-playing groups in the world. Aside from the movie-star chemistry between seven genuine friends who can do ALL the voices, it has to be the charisma and creativity of RPG genius Matt Mercer. The work of a DM is endless and complex and can seem completely overwhelming, but with Matt’s deep geek knowledge, incredible abilities as a voice performer, and waving-wheat hair that a ‘70s model would envy, he is a “total package.” A unique unicorn. Who, I know personally, has a caring heart and authentic passion for the geek space. Most importantly, he’s a leader who has set the tone for a fan family to flourish. And has helped gift the proud title of “Critter” to millions of people around the globe.

Critical Role’s complete journey is held between the covers of this book, and it truly is a joy to read. Anything you’d ever want to know about the group is right here. You won’t be able to help but fall in love with the rags-to-riches story of a group of friends achieving colossal success through doing what they love. And you won’t be able to help but laugh at some of the crazy anecdotes inside, especially Scanlan’s. (The craziest of which you will have to watch online, they couldn’t be put in print. To be clear, it’s because they are so damned dirty.) Hopefully, you will be inspired by the group’s enthusiasm, hard work, and dedication to each other. They are truly genuine, lovely people. By the end of reading these pages, anyone will be proud to call themselves a Critter. I know that I am.

Felicia Day --This text refers to an alternate kindle_edition edition.

4.9 out of 5 stars
4.9 out of 5
1,170 global ratings
How are ratings calculated?
To calculate the overall star rating and percentage breakdown by star, we don’t use a simple average. Instead, our system considers things like how recent a review is and if the reviewer bought the item on Amazon. It also analyses reviews to verify trustworthiness.

K. Cutterbuck
4.0 out of 5 stars Good book, bad packaging from amazon
Reviewed in the United Kingdom on 24 November 2020
Verified Purchase
The good:The book is beautiful, full of lots of background information on both the cast and the characters they play. I’d definitely say someone who likes CR would love this

The bad: amazon seems to be messing up on the delivery of these books. The lower corner edge was completely messed up and I’m not the only the one whose received their book in this condition.

User 979
5.0 out of 5 stars Beautiful book
Reviewed in the United Kingdom on 12 January 2021
Verified Purchase
I ordered this as a gift for my boyfriend who loves critical role. Me, having no interest in it what so ever, read the whole thing before giving it to him for xmas it was that nice and well written!
Read more
Report abuse

chris clay
5.0 out of 5 stars How do you wanna do this?
Reviewed in the United Kingdom on 2 November 2020
Verified Purchase
It’s your turn to roll!!

Excellent book, informative and fun, great pictures, art and behind the scenes stuff, loved it and flick through whenever I have the inclination, which is often, if you are a fan of the show, it’s a must

David Hindmarsh
5.0 out of 5 stars Well worth it
Reviewed in the United Kingdom on 26 November 2020
Verified Purchase
i was surprised at how much content there was and all of it superbly written in a creative and engaging way. Art work and photos combine to make this a vital purchase for any CR fan.
Read more
Report abuse

Raq
5.0 out of 5 stars Great for Critters
Reviewed in the United Kingdom on 31 October 2020
Verified Purchase
Really easy to read. Funny and interesting
Read more
Report abuse
See all reviews
click to open popover
Unlimited FREE fast delivery, video streaming & more
Prime members enjoy unlimited free, fast delivery on eligible items, video streaming, ad-free music, exclusive access to deals & more.
> Get started
Back to top
Get to Know Us
Connect with Us
Make Money with Us
Let Us Help You
EnglishChoose a language for shopping.
© 1996-2020, Amazon.com, Inc. or its affiliates